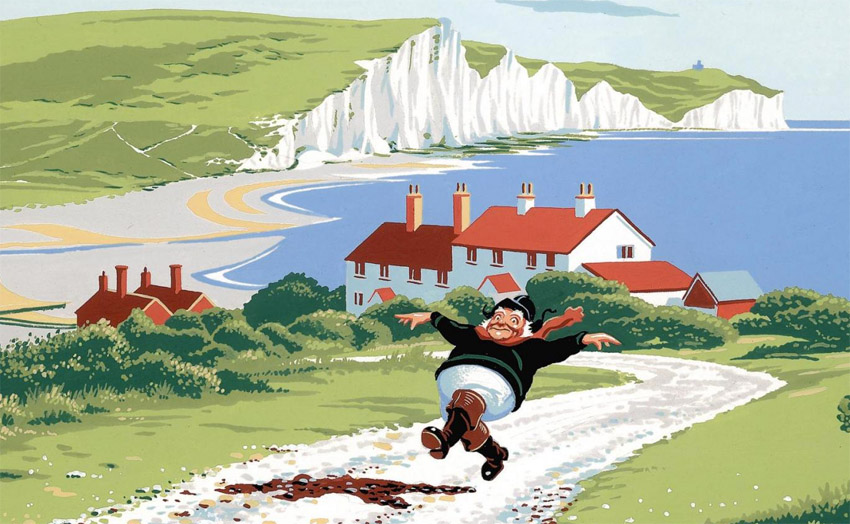 Winter weather? Time to read. Look for work by Chickasaw poet, novelist, essayist, and environmentalist Linda Hogan, who just won PEN/New England’s Henry David Thoreau Prize for nature writing. (Past winners include Diane Ackerman, T.C. Boyle and Peter Matthiessen.) And by the six finalists for the Barnes and Noble Discover New Writers prize—three each in fiction and nonfiction (winners to be announced March 2). And by the 40 books on the shortlists for the PEN American literary awards.

The Costa Prize, awarded since 1985, has only gone to a YA or children’s book once before—to Philip Pullman’s The Amber Spyglass, in 2001. Hardinge describes her seventh novel as “a Victorian Gothic mystery with added paleontology, blasting powder, post-mortem photography and feminism.”  The Costa judges describe The Lie Tree as “part horror story, part detective story and part historical novel.” The Lie Tree will be published in the U.S. in May by Amulet. Here’s what UK critics had to say.

Philip Womack (The Telegraph) applauds the Costa choice. Hardinge “has a gift for sparky, spiky heroines: they scratch at the world, longing to find out what makes it work, yearning to change it for the better,” he writes. “Not fitting in becomes a virtue. What could be more exciting for any child – or adult reader?” She “is a real original,” he concludes. “This isn’t just a win for children’s fiction – it’s a rousing win for literature itself.”

Hardinge “is a writer who delights in language, and whose stories fizz with ideas, allusions and eccentric detail,” writes Linda Buckley-Archer (The Guardian). “In this dark, quasi-historical, quasi-fantastical tale, which is set in a post-Origin of the Species 19th century, Hardinge riffs on the themes of women’s place in society, evolution, nature and nurture, and the anatomy of lying.”

Charlie Jane Anders, All the Birds in the Sky

The editor-in-chief of the popular tech-and-culture website io9 has been publishing sci-fi stories for years (she won a Hugo award for “Six Months Three Days”). She says she thinks of genres as toolkits, and her new book as part coming-of-age novel. All the Birds in the Sky inspires reviewers.

“Charlie Jane Anders’ brilliant, cross-genre novel has the hallmarks of an instant classic,” writes Elizabeth Hand (Los Angeles Times). “It’s a beautifully written, funny, tremendously moving tale that explodes the boundaries between science fiction and fantasy, YA and ‘mainstream’ fiction. Like the work of other 21st century writers—Kelly Link and Lev Grossman come immediately to mind—All the Birds in the Sky serves as both a celebration of and corrective to the standard tropes of genre fiction.”

Jason Heller (NPR) concludes, “Anders has given us a fresh set of literary signposts — and a new bundle of emotional metaphors — for the 21st century, replacing the so many of the tired old ones. Oh, and she’s gently overturned genre fiction along the way.”

“This apocalyptic tale is a sly take on modern love and the need to figure out our planet’s future,” writes Michael Berry (San Francisco Magazine). He is inspired to create a pie chart of influences (25% Brothers Grimm, 21% William Gibson).

“Anders’s first novel is a clever addition to the old science versus magic debate, and arrives at an unexpected answer,” writes Eric Brown (The Guardian). “Throw in talking animals, lovelorn AIs and a crazed assassin, and the result is a weird and charming read.”

Cantor’s comic second novel is narrated by a woman whose life is disrupted when a Nobel prize winning writer named Romei asks her to translate his latest, a reframing of Dante’s Vita Nuova. Reviewers spot flaws, emphasize the book’s virtues.

Adam Kirsch (Tablet) calls Good on Paper “an absent-minded professor of a novel.”

It has one foot in the real world—as real as it gets on the bourgeois-academic Upper West Side—and one in the clouds. That division between ideas and reality, literature and life, has been the engine of many comic novels, particularly Jewish ones—just think of Bellow’s Moses Herzog, who writes imaginary letters to philosophers while his marriage crumbles, or Roth’s Alexander Portnoy, whose sexual urges rebel against his carefully inculcated idealism. It’s as though Jewish tradition, with its emphasis on abstract thought, leaves Jewish intellectuals especially vulnerable to the revenges of reality. They are perpetually surprised to find that life is not the way it appears in books.

In Cantor’s novel, writes Annalisa Quinn (NPR), “translation serves as a continual metaphor for relationships: Translation is a kind of betrayal because pure fidelity to a text is impossible. But it also ‘requires, and generates, a rare kind of intimacy,’ Shira notes. ‘Like sex done right, I’ve always thought. The translator makes a holy commitment to understand, to listen with all possible intensity, to step backward, ever backward, through the labyrinth of an author’s ideas and devices, uncovering his decisions and triumphs, line by line, until she arrives, finally, at the moment of creation.’”

“Cantor’s elaborately spun novel,” writes Cecily Sailer (Dallas Morning News), “thrives on wordplay and intertextual echoes. There are no fewer than four stories running and merging through the novel, each nudging and pulling at the others, a feat that makes Good on Paper an engrossing read and an invigorating subject of study.”

“Cantor writes ‘in two languages at once, as if two stories were playing themselves out together,’ and the comedy helps prevent the seriousness from shading into sentimentality,” concludes Anthony Domestico (San Francisco Chronicle). “But what remains most powerful about this book is not the zaniness or the punning. Rather, it is how sincerely Cantor depicts what …Wallace Stevens called ‘This vif, this dizzle-dazzle of being new/ And of becoming.’”

Ian Buruma, Their Promised Land: My Grandparents in Love and War

Writer and historian Ian Buruma takes on his grandparents’ love letters, and finds an unexpected story there.

“It’s hard to think of a more peripatetic life than the one lived thus far by Ian Buruma,” notes Kevin Nance (Chicago Tribune). “He grew up in a bilingual household in the Netherlands as the son of a British mother and a Dutch father. He later studied Chinese and lived for several years in Japan, devoting several of his nonfiction books to life in contemporary Asia. Since 2003, he has lived in New York, where he teaches at Bard College, but remains a Dutch citizen or, perhaps more accurately, a citizen of the world.” Buruma’s memoir“ tells the story of Bernard and Winifred Schlesinger, prosperous Jews who lived in a spacious former vicarage, St. Mary Woodlands, in the Berkshire countryside, where their grandson visited from Holland in the summers at mid-century.”

“Their Promised Land, though styled like a scrapbook, with family photos and letter excerpts, is not at heart a tale of love and war,” writes Susan Sheehan (Washington Post). “Its true subject—and it is compelling—is assimilation and anti-Semitism.”

“Buruma’s voyage into the past is a warning as well as a celebration of lost lives,” concludes Nick Fraser (New York Times Book Review). “Somehow we must ensure that our societies allow outsiders to flourish, however they choose to do it.”

Iowa-born Bryson’s 1995 Notes from a Small Island about his adopted home in England charmed readers and reviewers alike. His sequel—in which he traverses the island from south (Bognor Regis) to north (Cape Wrath)—isn’t as enamored. It’s downright cranky in spots.

In the twenty years since Notes from a Small Island, Bryson has “sharpened both his charms and his crochets,” as well as his “gift for the casual put-down (the train from London to Cornwall is ‘like rigor mortis with scenery’),” points out Alida Becker (New York Times Book Review). And, she concludes, “Despite the shoddiness and inefficiencies and short-sighted priorities of ‘Austerity Britain,’ Bryson remains a convert,” remarking toward journey’s end, “It is a permanent astonishment to me how casually strewn with glory Britain is.”

Bryson is a keen observer of what’s amusing, ironic and absurd. He defines his own talent as a “rich instinct for mirth.” Whether he’s carping about an indifferent watch repairman in Bognor who wouldn’t give him the time of day, or the wholesale abandonment of grammatical English even in Cambridge, a botched order at a British McDonald’s, or threatening messages he gets from Microsoft on his new computer…Bryson, now 64, is a rare talent.

Griff Witte (Denver Post) notes that Bryson “retains an outsider’s appreciation for a country that first struck him as ‘wholly strange … and yet somehow marvelous.’ He marvels still: At Stonehenge, sure — “one of the most beautiful and extraordinary things ever created by humans.” But he’s at his best when writing about places you’ve probably never heard of. In northern England’s Peak District, he stumbles upon ‘an enormous stone dam and reservoir, which stood in a silent landscape of wooded hills and heath.’”

Being back out on the road “seems to have brought out the worst in him,” writes Charles Finch (Newsday). “The book is best when Bryson latches onto their forgotten local histories–the life of the bureaucrat who gave Mount Everest its name, for instance, or the charming story of an eccentric Nobel laureate who anonymously took a job as a London gardener.”

The Staff Shelf: The Mysterious Bookshop

The Staff Shelf: The Mysterious Bookshop