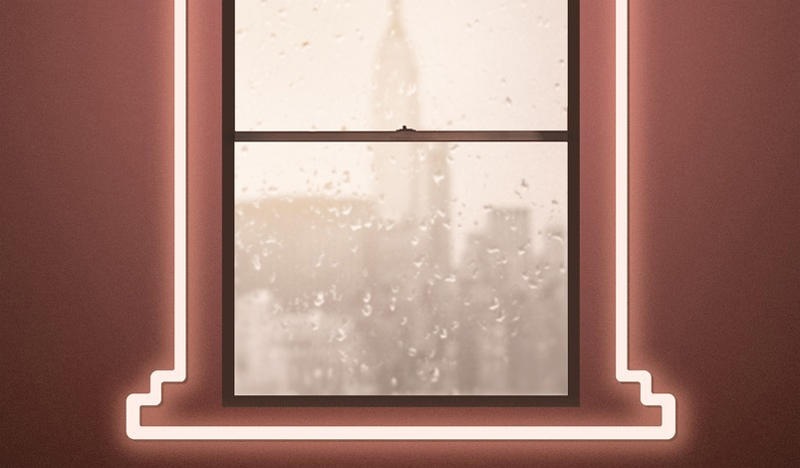 The New York Times Book Review—the last free-standing review section in the country—makes history this month by combining its Sunday and daily book coverage under one editor, Pamela Paul, for the first time since its launch in 1896. Marilynne Robinson is awarded the Dayton Literary Peace Prize, for fiction and essays exploring “the causes of strife in a family, in a community, and in the world, while ultimately demonstrating the universal healing power of reconciliation and love.” Wendell Berry wins the Voice of the Heartland award for being “inspired by the landscape of the Heartland, both the natural world and the people who live there.” Lara Vapnyar’s third novel is “Friends with a heavy Russian accent,” brave memoirs by Nadja Spiegelman and Decca Aitkenhead draw praise, Ben Lerner stirs up poetry world controversy, and Huntress brings attention to a pioneering woman newspaper publisher. 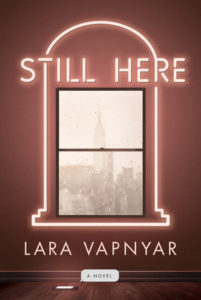 Right now, two of the major issues in the presidential election are suspicion of Russians, a throwback to the Cold War; and fear of immigrants, a throwback to the restrictionist 1920s.…It is not that Vapnyar has anything overt to say about politics. On the contrary, this is a determinedly private story, about the eternal themes of personal life—love, mortality, parenthood, career. But its main characters are all, like Vapnyar herself, Russian immigrants to the United States, Muscovites turned New Yorkers, who find themselves living adult lives that are nothing like the ones they expected to have growing up. And so Vapnyar asks, with sympathy and insight, the very question that is so often posed in tones of suspicion and hostility: What does it mean to be an immigrant?

“The book gives us plenty on which to reflect,” concludes Emily Tamkin (The Millions). “Would we want an app like Virtual Grave? What would it mean to control our own online presence after we’re dead? If we aren’t exactly living in the book’s universe of constant app updates and addiction, how far removed are we? It makes strange the world we think we know. But even within that—in the bounds and bonds of satire and reflection and ostraneniye—it manages to remind us of the humanity that existed before there was an app for that. One that will remain, we can hope, once we’ve moved on.”

Bethanne Patrick (Minneapolis Star-Tribune) concludes, “The paths to their stories are winding, but Vapnyar’s humor and perspective keep the reader rooting for these strangers in a strange land who, despite their travails, are ‘still here,’ still Americans, still kicking, screaming and struggling their ways to individuation.” 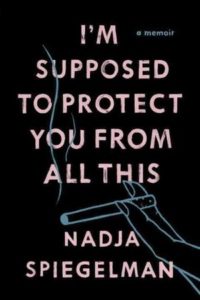 Nadja Spiegelman, I’m Supposed To Protect You From All This

This first book, a memoir, from the daughter of Pulitzer Prize winning Maus creator Art Spiegelman and New Yorker art director Françoise Mouly, draws praise for her brave exploration of the mother-daughter-grandmother bonds.

“To further understand her mother’s past, Spiegelman reverses her mother’s journey, leaving New York for Paris to spend time getting to know her glamorous grandmother,” writes Nina MacLaughlin (Boston Globe).

The development of that relationship proves one of the most satisfying parts of the book. The two achieve a closeness that seems elusive between both mothers and daughters. As Spiegelman notes, “I saw a pattern forming, like a series of skipping stones that sent ripples through the generations: all the granddaughters and grandmothers who loved each other, all the mothers left stranded in between.” The tales Spiegelman unearths about her mother and grandmother are difficult ones to hear, ones that violate boundaries, that show how hard it is to love right, that raise more questions than they answer. So striking, over and over, is Spiegelman’s bravery, her willingness to dig in.

“What is most striking about 29-year-old Spiegelman’s memoir, which has disclosures about adultery, rape and crackup across five generations of a privileged trans-Atlantic family, are the ways in which for Spiegelman the past becomes fluid and memory malleable,” writes Steven G. Kellman (Dallas Morning News).

Talya Zax (Tablet) writes, “Her subject…is memory, explored through the lens of the lives and relationships of herself, her mother and her maternal grandmother. Those relationships are interesting because they’re complex, sometimes even perceived by their participants as cruel, but Spiegelman sees the book as a love letter. It reads as such, an exceptionally beautiful one, composed with a child’s sense for magic, an adult’s desire to make sense of her past—individual and familial—and the rare strain of calm, sustained bravery that allows someone to train a magnifying glass on the fragile infrastructure of her own identity.” 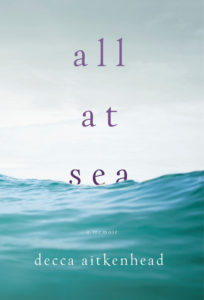 Decca Aitkenhead, All at Sea

In her frank memoir Aitkenhead, who writes for the Guardian, details the loss of her husband Tony, who drowned after rescuing their son from a rip tide in Jamaica. “I can’t stand family secrets,” she tells Interview’s Emma Brown about her decision to write the book. “I think they’re such a toxic thing and they always leak out. To write a book about Tony—although my kids might not read it for years and years—essentially I’ve forfeited the opportunity to lie to them or airbrush the truth or withhold bits about their dad to them when they’re older.”

“It would be easy to dismiss Aitkenhead’s book as yet another volume on the weeping shelf of misery lit,” writes Nora Krug (Washington Post). “But cast that cynicism aside. All at Sea is more than the recounting of a freak accident and its consequences. It is a thoughtful and provocative rumination on love, family and grief.”

“Aitkenhead is rigorously unsentimental and unsparingly honest as she recounts the drowning death of her partner, Tony, their improbable love story, and the disorienting aftermath of the tragedy,” writes Priscilla Gilman (Boston Globe). “Tony’s death is all the more heartrending because of how much they had overcome.” 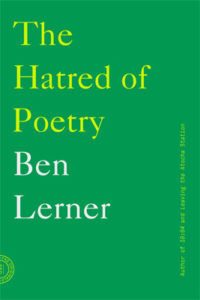 Ben Lerner, The Hatred of Poetry

Lerner, a novelist and poet, stirs up controversy with his brief critical book, beginning with those who hate his title and his approach.

Annalisa Quinn (NPR) takes offense, concluding, “Lerner should abandon the pretense of ‘we’ and look at how he, one poet, struggles with the gap between his poems and the poems he wants to write. He should eliminate The Hatred of Poetry‘s falsely distancing ‘The’ and explore his hatred of poetry. In The Hatred of Poetry, a personal feeling has been dressed up, given a few distracting academic tassels and a vague, impersonal ‘we.’ But maybe I just resent being spoken for. I, for one, like poetry.”

Katy Waldman (Slate) links to Quinn, writing, “But despite its reception as an act of high-wire trolling, Lerner’s 86-page essay makes one thing abundantly clear: He loves poetry. Not only that, he loves poems—a much messier proposition. For Lerner explains poetry’s unpopularity in terms not of exclusiveness or obscurity, but of misguided expectations: Poetry, having promised the unfallen euphony of the spheres, is condemned to deliver poems, scraps wrought by mortal hands from busted-up language.”

“Lerner takes us on a tour of various historical and contemporary cases for and against poetry,” writes Craig Morgan Teicher (Los Angeles Times), “from a probable misreading of Plato through a wonderful glossing of the mystic, poet and critic Allan Grossman; to Whitman, Keats and Dickinson; self-identified members of the poetic avant-garde; contemporary critics proclaiming poetry is dead; and Claudia Rankine, among a few contemporary poets demonstrating it’s not.…Lerner is often very funny as a critic, and whether or not one agrees, this book is a pleasure to read.”

In this, it resembles any number of essays about poetry over the past hundred years, all written by poets and all making much the same point with varying degrees of explicitness: Contrary to your possible expectations, poetry is in wonderful shape and is actually still one of the most important art forms and is maybe the most meaningful of human activities…. 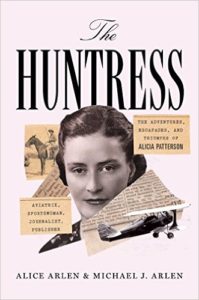 This biography by Newsday publisher Alicia Patterson’s late niece and her husband fills in the personal story of a woman who was born in 1906 into a newspaper family. (The Chicago Tribune was founded by her great-grandfather, Joseph Medill; the New York Daily News by her father,Joseph Medill Patterson;  her aunt, Eleanor Medill “Cissy” Patterson was owner/publisher of the Washington Times-Herald.) Even so, she was a  pioneer in a field where women were rare.

Anthony Marro (Newsday) notes Patterson’s three loveless marriages, the third to Harry Guggenheim, “the fabulously wealthy heir to the Anaconda Copper fortune, but a man who… ultimately seemed more interested in his horses—one of which won the Kentucky Derby—than her. For much of their marriage they feuded and slept in separate bedrooms while still making public appearances together…”

The long story short, Marro concludes, “is that until her untimely death from intestinal bleeding in 1963, they spent much time feuding, especially about Guggenheim’s criticisms of Newsday’s editorial content and management, and his insistence on maintaining a 51 percent share of the paper. He may have kept financial control, but when Time magazine did a cover story on Newsday in 1954, Patterson was on the cover and Guggenheim barely a footnote. He simmered about it, but Time was right. Newsday was her creation, her joy and—as the Arlens make clear in their engaging biography—the love of her life.”

“By almost totally ignoring the struggles of female journalists, the book leaves a gaping hole in the story and understates Patterson’s success in that male-dominated world,” writes Maura Casey (Washington Post). “Patterson’s gender barred her from attending the all-male Gridiron Dinner in Washington. (The authors could have added at minimum that the White House correspondents’ dinner was closed to women until 1962; female journalists were relegated to the National Press Club’s balcony and barred from asking questions until 1971.)”

Kate Tuttle (Boston Globe) concludes, “Not only ‘a proud, briskly unsentimental woman,’ Patterson emerges as a complicated person, one whose ‘own past, with its soup of vague and vivid memories, with its powerful and sometimes deafening tribal music,’ weighed heavily, and often painfully. If the test of a biography is whether readers come to feel they truly know and care deeply about its subject, this one is a smashing success.” 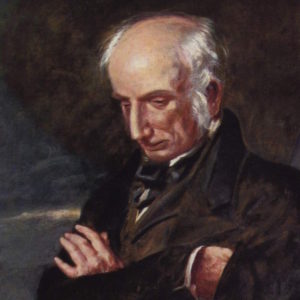 As a child, William Wordsworth imagined he heard the moorlands breathing down his neck; he rowed in panic when he thought...
© LitHub
Back to top
Loading Comments...