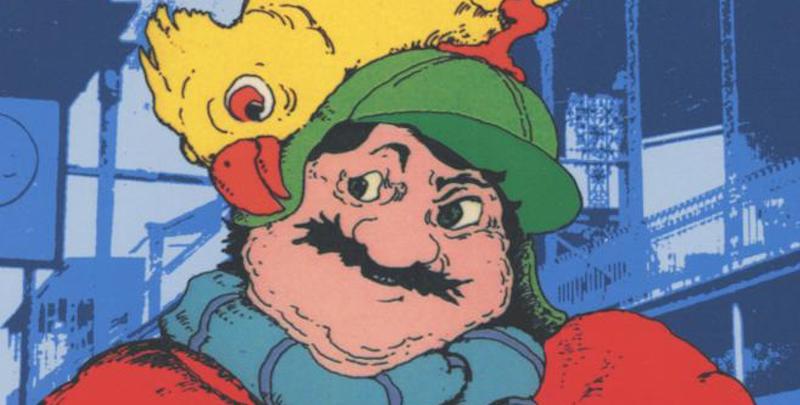 Finding Permission to Fail in
A Confederacy of Dunces

In 1981, A Confederacy of Dunces by the late John Kennedy Toole won the Pulitzer Prize for Fiction—a rare honor for a work of humor. That must have been about when my stepmother started reading the book. I was five years old, and didn’t know how to read yet. I also didn’t know the sad tale of this most hilarious novel and its author. But I would stand nearby and listen to my glamorous young stepmother as she talked on the phone to any one of her sisters—she had a gaggle of them, my glorious new aunties, and it seemed they were all reading A Confederacy of Dunces, too.

My stepmother would listen as one of her sisters read her a passage from the book and then she would laugh and laugh. And then my stepmom would share a passage herself, only she would have to take breaks from reading out loud to allow her fits of giggles to pass. I could hear my aunt’s echoing cackle coming down the phone line. As I watched and listened, I remember thinking to myself: “As soon as I’m old enough, I’m going to read that damn book.”

By the time I was old enough for A Confederacy of Dunces, my stepmother was no longer related to me by marriage, and I rarely saw those delightful women I had once called my aunts. I now know that’s for the best. One should never approach such a tome without having experienced some loss, some sorrow of one’s own. The large, unwieldy, hilarious novel is made 1,000 times more poignant by knowledge that its author died believing it, and himself, a failure. Though written in the 1960s, A Confederacy of Dunces was published in 1980, eleven years after the suicide of John Kennedy Toole, who died in despair that he had failed to secure publication of his comedic opus. For years his mother hounded editors to consider the manuscript. It’s easy to imagine how most of them responded to her plea to read a very long, brilliant manuscript written by her dead son.

Ignatius J. Reilly, the anti-hero of Dunces, is overweight, bloviating, unemployed by choice, living with his mother, and often holed up in his bedroom where he masturbates to mental images of his dead dog and writes manifestos on his (now wildly outdated and offensive, but then standard issue for schoolchildren) Big Chief tablet. Dunces is full of humor for the weirdos, the brokenhearted, the misfits, the losers, for those of us who can’t always cope, who—in some dark recess of our hearts—might prefer to never leave our hometowns, or in fact, the shelter of our bedrooms.

When I was a teenager, I loved the book simply because Ignatius and his antics made me laugh as hard as my stepmom and her sisters once had. Who could fail to love a book about a man forced by his mother to find gainful employment, who then dresses as a pirate to drag a hot dog-shaped cart through the French Quarter, but then eats all the hot dogs himself and tells his boss he has been robbed? The humor was outrageous, its charms often grotesque. By the time I was in my late twenties I loved the book even more because I too believed myself to be an artistic failure, my work doomed to collect dust in a drawer, my depression about this fact—coupled with sadness engendered by my full-time job working with domestic violence survivors—overwhelming.

Like Toole before me, I failed to find comfort in art for art’s sake, craving the recognition that comes with publication, with an embrace by the New York literati. But I decided that John Kennedy Toole would be my own patron saint of “Not Giving Up Before the Publishing Miracle Happens.” His was an aching, cautionary tale. I thought of his heartbroken mother dragging his “badly smeared, scarcely readable carbon” manuscript around for years, calling and calling and pleading with unwilling editors to give it a read, and I made myself carry on as he no longer could, not just living, but also writing. And when my novels and stories failed to find an audience, I continued to wake up early so that I could write some more before heading off to my day job.

“Inside each of us is a bloviator.”

By the time I turned 41, I’d hit a publishing rejection bottom. A serious novel I’d worked on for eight years received interest from editors at major publishing houses, but ultimately didn’t sell. For a full year, I bathed in self-pity like a chicken bathes in dirt. Then I read Shonda Rhimes’s memoir the Year of Yes. Rhimes recounts she had been brokenhearted when she realized that her dream of becoming Toni Morrison would never come true, until she realized she would have to be Shonda Rhimes instead. “My dreams? Can suck it,” she wrote. I decided that my dreams of being a serious novelist could suck it too! I would shift gears. I would shuck my failed longings. I would write for television!

But while I made it all the way to an interview at Shondaland for a staff writer position on a Grey’s Anatomy spinoff, I didn’t land the job. My new hope of finding meaning as a foot soldier in Shonda’s culture-change army crumbled. I felt devastated, lassoed to a life of near misses. Maybe my dreams could suck it. But I myself felt doomed to suck.

Dear reader, where did I find solace? Where did I find redemption? Where did I find my way out of the fog of rejection to the light of enthusiastic publication? You guessed it. In the adventures of Ignatius J. Reilly. (As a practitioner of magic, I considered actually petitioning John Kennedy Toole’s spirit directly for help, but re-reading Dunces, I decided this was too terrifying a proposition. So instead of lighting candles in front of Toole’s photo and calling in his spirit, I let Dunces wash over me.) I decided that while my novels might never find wide readership, I would go on writing them anyway. Thinking of Toole and rereading his comedic opus inspired me to not give up before the miracle of discovery by an adoring readership happened, and perhaps more importantly, it convinced me not to give up even if that miracle never happened.

And so I started writing an epistolary novel, and unlike the novels I’d written before, every page made me laugh. At that point I began to study Dunces in earnest because, while it’s not technically a novel-in-letters, it contains a fair amount of chortle-inducing epistolary exchanges between Ignatius and his frenemy/girlfriend Myrna Minkoff.

In my novel, The Roxy Letters, I created a protagonist named Roxy who shares my hometown of Austin, Texas, and who—like Ignatius before her—believes her own hometown to be the only place on this earth worth living, and who—also like Ignatius—rants, and plans failed protests, and rants some more. And it was this novel, written in a happy fever dream and guided, if not by Toole’s departed spirit, at least by the masterpiece he left behind, that sold quickly to Simon & Schuster in October 2018.

The following summer, I attended the Sun Valley Writers Conference as a “student fellow” which meant I not only got to go to all the panels and stay at the Sun Valley Inn for free, I also was able to attend the lavish nightly dinners held for the authors speaking at the conference. (Dear reader, if you are ever offered this opportunity, I highly recommend that you accept.) At one of the breakout sessions, Tommy Orange was interviewed by Andrew Proctor, Executive Director of Literary Arts in Portland. During the interview—which revealed that Orange played roller hockey on a national level and currently also makes devastatingly beautiful short films—Orange said that he decided he wanted to become a writer while he was “reading A Confederacy of Dunces and eating a donut.” This sent a jolt of joy through me—I could not help but think that John Kennedy Toole, and indeed the glutinous, bloated Ignatius himself, would wholeheartedly approve.

At a dinner on the last night of the conference, I asked Tommy Orange about his affection for Dunces. He said something like (and I’m writing this from my own faulty memory here, and thus surely misquoting, but hopefully Orange’s intended meaning comes through), “The reason everyone loves Ignatius is that he bloviates and every single one of us actually wants to bloviate too. Inside each of us is a bloviator.” This is certainly true for me. And in writing The Roxy Letters, in creating the character of Roxy who, like Ignatius before her, sits at home planning ill-conceived protests, and scrawling invectives—in her case against Lululemon, and corporatization, and the changing nature of her booming hometown—I finally had a chance to bloviate to my heart’s content. I like to think I found as much satisfaction in it as my spirit guide John Kennedy Toole ever did. And while I long for my book to achieve worldly success, I also paradoxically long for that enjoyment, that pleasure taken in the work itself, to be what it tragically never was for Toole—enough. 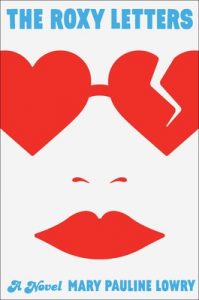 The Roxy Letters by Mary Pauline Lowry is available now via Simon & Schuster.

Mary Pauline Lowry is a native of Austin, Texas. She received her MFA from Boise State University. The author of the novels The Roxy Letters and Wildfire, she’s also a regular contributor to O, The Oprah Magazine. Her work has appeared in The New York Times Magazine, The New York Times, The Millions, and other publications. 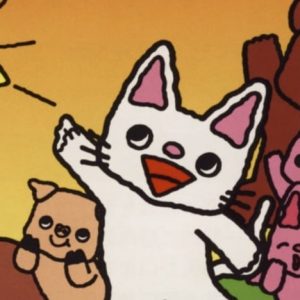 This is the story of two messy cats. One wore a hat and had no known permanent address, while the other lived alone in a cat-sized...
© LitHub
Back to top
Loading Comments...