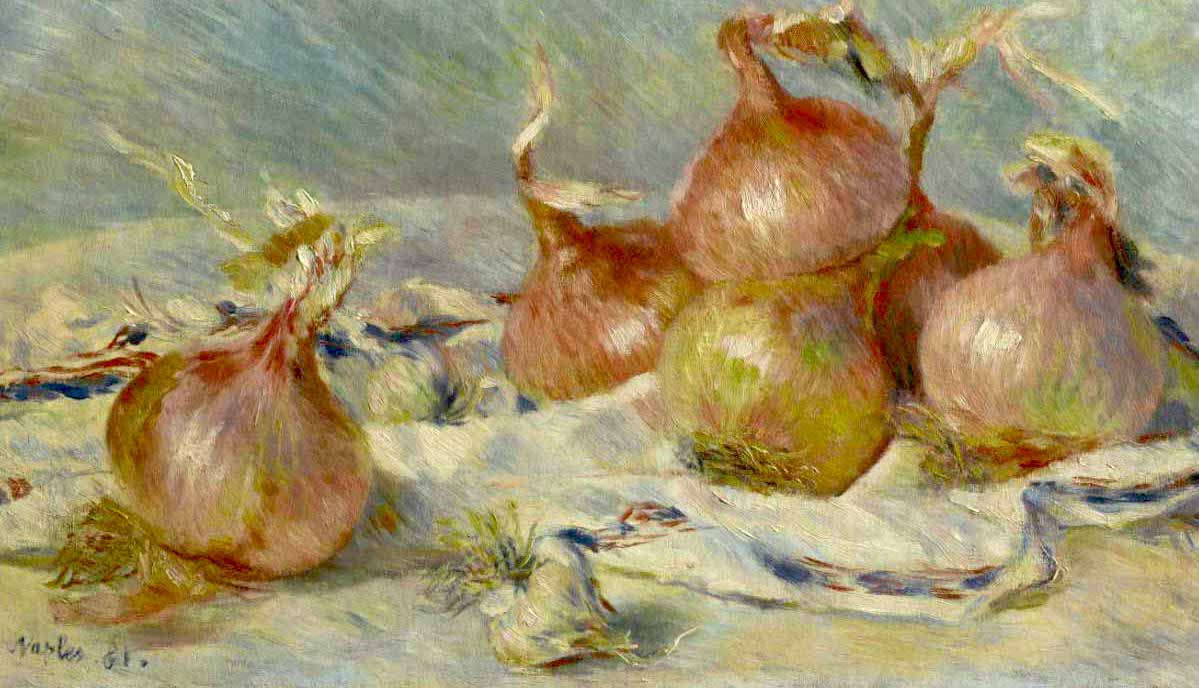 Finding My Mother in the Pages of Her Favorite Cookbook

Proust had his madeleine.

I had four pounds of Safeway onions.

Cooked in an oven and browned on a stove in more time than it’d take to watch The Ten Commandments, the onions gave off an earthy, caramelized smell that—paff!—summoned up memories of my mother.

I suddenly pictured myself in the small kitchen of the suburban Boston home where I grew up. The room had a thick carpet (it was the 1970s, after all), and I could see my mother, dead these past 14 years, her back toward me, her auburn hair in a chignon, as she toiled away at the stove, as she so often did, like untold millions of mothers before her and since.

Such was the resuscitative power of the dish I was making: French onion soup. It was a recipe that my 12-year-old daughter had picked out of an America’s Test Kitchen book on Dutch oven dishes. One of the greatest joys of parenthood, I’ve found, is spending time with my son and daughter on an early Saturday morning, coffee in hand, poring over cookbooks and planning meals—the more elaborate the better—for the days ahead. There’s a sense of adventure, often of irrational whimsy: Are we insane enough to tackle this daylong project that takes up four pages and refers to recipes-within-recipes on yet more pages? It can also be a relaxing, meditative activity, refocusing your mind in just the right way. And then there’s the pleasure of passing the time together to complete a puzzle, one you’ll get to show off and share with others.

It hit me that there was a nice familial symmetry to my daughter’s out-of-the-blue choice of the recipe, one I had never undertaken before, since it’s a dish that my mother used to make when I was a kid. That my daughter singled it out made sense to me; she resembles her grandmother and inherited her insouciance and sense of curiosity.

Although I came to appreciate onion soup as an adult—warming to its lore as an après-spectacle dish that French urbanites have enjoyed late at night, after the theater or a movie or concert—as a kid I remember being bothered by it: all that endlessly gooey cheese and sloppy bread that covered up piping-hot broth that was lying in wait, ready to sear my delicate, Chef Boyardee-loving palette.

This remembrance of soups past got me thinking about what recipe my mother might have followed for soupe à l’oignon. And so I searched through my cookbooks and found the one that was as close to anything resembling a bible that my mother had: Mastering the Art of French Cooking, by Simone Beck, Louisette Bertholle, and someone named Julia Child. It’s the only cookbook I own that belonged to my mother—and, now that I think of it, the only thing I own that contains her writing.

In retrospect, it’s clear that the book was the perfect bridge between her old and new cultures.

It’s a 1963 edition of the book, first published in 1961, and given its brittleness and yellowed pages, it makes me feel a bit better about being only two years younger (although two years might be long enough for me to turn as creaky and jaundiced).

Ours was far from the only American household that made good use of Mastering the Art of French Cooking. Its popularity launched Child’s successful career as the beloved host of the PBS series The French Chef, filmed not far from where we lived, in Boston. Although my mother was French, she learned a lot from that “French” chef who was raised in Pasadena, in Southern California. My mother was born in 1933, and her family had to move around France several times during the war, packing up a car and relocating to places that, with any hope, didn’t suffer from aerial bombing. Sophisticated meals weren’t a priority. Milk, for one, was in short supply, and its absence gave my mother rickets, stunting her growth. Food shortages were dire enough that my mother once went to the butcher’s as a child and saw not beef and pork and lamb on the shelves, but cat.

Moving to America, the land of plentiful chocolate and steaks and comically overstuffed sandwiches, was therefore something out of a Hollywood picture. What joy she must have felt seeing the words below the title of Mastering the Art of French Cooking: “The only cookbook that explains how to create authentic French dishes in American kitchens with American foods.” In retrospect, it’s clear that the book was the perfect bridge between her old and new cultures. It let her learn more about the food of her homeland, and she was able to realize its meals because of America’s abundance.

Decades after she made all of those meals from Mastering the Art of French Cooking, I can see her dedication and earnestness in her notations that remain sprinkled throughout the book. Her penciled notes, in a gentle cursive penmanship, served as reminders of whether a meal might be worth repeating. “Bon,” “très bon,” and “pas sensas” (not sensational) are on numerous recipes. So, too, in capital letters, is the more emphatic “NO.” And she made revisions: in a recipe for quiche, she changed the amount of butter from three to two tablespoons. Sauce à la moutarde got a brutal edit: the recipe’s four to eight tablespoons of butter is marked up as “pas nécessaire.” I’ll blame whatever article she must have read in the health-crazed ’70s that urged her to lay off the stuff. I do know that a media-driven fear of raw eggs led her, cold turkey, to impose a ban on one of my favorite desserts, chocolate mousse. (I’ve since made up for lost time with that dish, consuming fridges worth of it—without once, I might add, succumbing to that great scourge of our times, the dreaded salmonella.)

My mother had never marked it up. Would she have deemed it “pas sensas?” I’ll never know.

My mother’s copy of Mastering the Art of French Cooking was also an ever-growing library. To this day, it’s full of cut-out recipes and articles and scraps of paper from other sources, dating from the 1960s to the 90s. Many of them are clippings of sepia-toned pieces by Julia Child that ran in the “Women’s Pages” of the Boston Globe in the 60s.

What will recipes on iPads and iPhones leave us in the future? Better to have a mammoth cookbook that’s messy with notes, the distinctive handwriting itself recalling the writer’s personality—a book that’s jammed with bookmarks and notepaper, stained with remnants of long-ago meals, a book whose pages give off a wet-forest smell that can bring back memories of meals. One that comes to mind at the moment: my mother putting a huge lobster in boiling water (20 minutes for three of them, per Mrs. Child)—but not before the creature somehow broke free and got a good grip on her finger. Emergency room doctors come across all sorts of cases, but that night’s crew saw probably the only injury caused by an oversized, chewy shellfish dredged out of polluted Boston Harbor.

Mastering the Art of French Cooking is charmingly outdated. Covered in the go-to symbol of all things French, the fleur-de-lis, it proclaims itself, in the first sentence of its foreword, as “a book for the servantless American cook.” Much of it (fondue, anyone?) hasn’t necessarily aged well, but I have a soft spot for honest, affordable bistro fare—salade niçoise, boeuf bourguignon, soufflé, etc.—that has nothing to do with the preciousness (and priceyness) of so many dishes today.

The cookbook helped put food on the table not just for my brother and sister and me, but our father, too. He was raised during the Depression in a small northern New Hampshire town, yet he—also the son of a Frenchwoman—grew to love French restaurants, especially ones he frequented in Tokyo on work trips. My father, though, was at a loss if my mother wasn’t around to make dinner. I have vivid memories of him eating out of cans of salmon for dinner, only a slight improvement over what our cat had in her bowl. This won’t embarrass my father; he, too, died, many years ago, long before anyone decided to mash up an avocado, put it on a piece of toast, and sell it for $12.

As with all children, then, it seems I’m a bit of both my parents. I enjoy a good meal, but I also welcome the chance to spend an entire day in the kitchen preparing the meal. Like that French onion soup.

I did find a recipe for the soup in Mastering the Art of French Cooking, but my mother had never marked it up. Would she have deemed it “pas sensas?” I’ll never know. It’ll go down as another mystery, along with her addiction to Dick Francis novels, her fondness for syrupy sweet whiskey sours, and her heavily accented pronunciation of recipe as “receepe” (for which she was mercilessly teased by her children).

As for the soup I made? I was happy with it. It fed a few people and lasted a couple meals. Would my mother have liked it? I think so. I can imagine her small frame hunched over a bowl of it, waiting for it to cool before carefully raising a spoonful to her mouth. It’s a comforting thought, somewhat rosier than the strange reality of her tiny bones lying in the ground, next to her husband’s, on the opposite side of this big, beautiful, crazy country, under a swath of manicured grass. Maybe, decades from now, my own kids will uncover a cookbook from long ago, turn to a yellowed page and a recipe for soup that they’ll remember from childhood. One that I will have marked, in pencil, with the words “très bon.”

John McMurtrie is the former books editor of the San Francisco Chronicle. 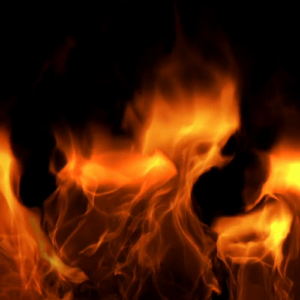 for Aza I watch my daughter build a fire not from a match or cigarette lighter but from the original elements, two sticks,...
© LitHub
Back to top