For five years I worked on a novel set in a fictional town in northwestern Russia called Berlozhniki. Berlozhniki is a mining town, snowbound, part of the Gulag, a place where, on the winter solstice, the sun doesn’t rise at all. I live in Los Angeles, a block from Melrose Avenue. If I park in the right space at the grocery store, I can see the Hollywood sign. Here, the temperature varies ten degrees from January to August.

When I tell people about the novel’s setting, they say, “You must have done a lot of research.” And I did. I traveled to Russia as a teenager in the mid-90s, during the upheaval of the Yeltsin years, and then again in 2008, on a grad school-funded research trip. I read everything I could get my hands on about Russia in the 90s and early 2000s: political histories, oral histories, memoirs, and, of course, novels. I ventured into the thicket of transliteration systems and took Russian classes every Wednesday night from a teacher who loved to remind us that in Russian, the letter “Я,” which is also the word “I,” comes last in the alphabet. I love research—the accrual of infinitesimal bits of knowledge, the cobbling together of a larger understanding—but at some point, a year or so into the drafting of the novel, the research began to overwhelm the fiction.

Setting is, of course, so much more than place. It establishes tone, conveys feeling, holds a character’s history in its planes and shadows. I had established the facts of Berlozhniki, but in the process, I’d lost its aura. Since I’d begun the novel, LA and Berlozhniki had felt like circles in a Venn diagram that intersected at a single point in my imagination, but somehow the circles had begun to assume mass and momentum, like planets straining to pull away from one another and break that weak bit of contact. I was adrift in a chapter a third of the way into the book. The main character, Ilya, was supposed to walk from his apartment building to his school. It was a walk he’d done thousands of times before, his commute, and yet I couldn’t get him to do it.

Every morning, before I sat down to write, I’d walk my dog around the block—my own commute—the palm trees wagging above us, the sun an assault (to me and my dog, a Newfoundland, who surely dreamed of snow too). Then I’d sit at my desk and check Expedia for flights from LA, through Moscow, to Syktvykar. I’d wonder whether the prices would dip in December, when daylight disappeared there.

On the page, Ilya, was still waiting to walk along a street that I had not named. The cursor was blinking like something waiting to be fed. At least, I thought, I could come up with a street name. I opened Google Maps and typed in Vorkuta. Vorkuta is a coal mining town just north of the Arctic Circle whose layout I’ve occasionally borrowed—it has a lot in common with Berlozhniki—and I clicked to zoom in on its outskirts. Only I must have clicked in the wrong place, or else double-clicked on something vital, because the map went gray for an instant, and a road appeared in its place, stretching from the bottom of my screen into a distant horizon.

The buildings in Vorkuta are spread out, as though the town is trying to compete in breadth with the sky.

The road was flanked by spindly trees and scabbed snow and squat apartment buildings with shops on the ground floor. A car headed toward me in the opposite lane, bright blue and decades old, its headlights on though the sun was up and sparking off rivulets of melting snow. The shops were painted jaunty colors in defiance, it seemed, of the grey concrete amassed above them. One had a red metal door, and its windows were papered with advertisements for jeans, cheese, and washing machines. It was called KOHTиHET. My Russian was good enough to sound it out and guess the translation: Continent. A couple was frozen, mid-stride on the pavement in front of Continent, the woman pushing a child in a stroller.

I clicked further up the street, and with a lurching sensation—a feeling of movement in both space and time—I was deposited on a corner next to a man in a leather jacket who was changing a car tire. Next to us, a dog sniffed at a puddle. On a stoop to my left, a pair of brown rubber boots leaned against the rail.

It was Google Street View, of course, a function I had used a few times for apartment hunting, but which had only just come to this region of Russia. It was magic. I clicked and clicked. I wandered around Vorkuta for hours, past the fading Soviet propaganda painted on the ends of buildings, past last year’s snow heaped in the center of parking lots. I saw the Palace of Culture, an empty playground, the stack of a coal plant, satellites clustered on rooftops like mussels at low tide. I saw litter, graffiti, cell phones clamped to ears, the price of popsicles, pastel dumpsters, and the trash truck emptying them.

The buildings in Vorkuta are spread out, as though the town is trying to compete in breadth with the sky, so its pedestrians are left with long distances to cover. An old woman walked down one street, the closest buildings small behind her. A plastic bag dangled from each of her hands. Ilya would pass her on his way to school, I decided, and just like that I fell back into my novel’s world.

I roamed other cities and towns. Salekhard, on the banks of the Ob with its wooden churches and its ice sculptures, and Ukhta and Syktyvkar. I couldn’t visit these places, but I was falling in love with them nonetheless. I took screenshots, gathered details, puzzled out translations. I was hesitant to think of this as research, because so much was missing—voices, smells, the air’s particular sting—and because there’s the eerie feel of a set to Street View, to the old women frozen mid-stride, to the strange menace of the Google car’s shadow which occasionally intrudes like a boom in a poorly shot movie. And yet, I was writing again.

E.L. Doctorow famously described writing as “like driving a car at night; you can never see further than your headlights, but you can make the whole trip that way.” Research expanded my horizons and the novel’s horizons, but Street View functioned a bit like those headlights—it narrowed my focus in a way I that needed for the novel to move forward. I was still in LA—there was that sunlight always pouring through my window, the sirens ebbing and flowing on Melrose—but it felt, finally, like I was living in two worlds, like each was a reprieve from the other. Ilya walked to school. I finished that chapter and the next and the next. 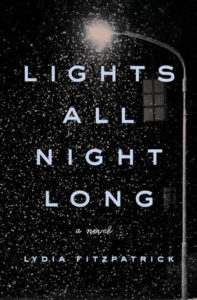 Lydia Fitzpatrick’s Lights All Night Long is out now.

Lydia Fitzpatrick’s work has appeared in the The O. Henry Prize Stories, The Best American Mystery Stories, One Story, Glimmer Train, and elsewhere. She was a Wallace Stegner Fellow at Stanford University, a fiction fellow at the University of Wisconsin-Madison, and a recipient of an Elizabeth George Foundation Grant. She graduated from Princeton University and received an MFA from the University of Michigan. She lives in Los Angeles with her husband and two daughters. Her book, Lights All Night Long is out now.

Moving Back to West Virginia, in Fiction and in Life 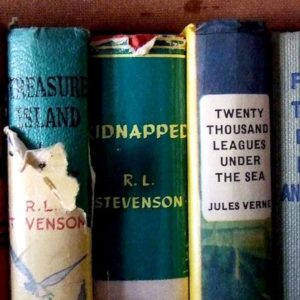 I don’t keep a diary, but I do save two kinds of reading lists. One in an app is labeled “Books to Read.” It contains...
© LitHub
Back to top
Loading Comments...