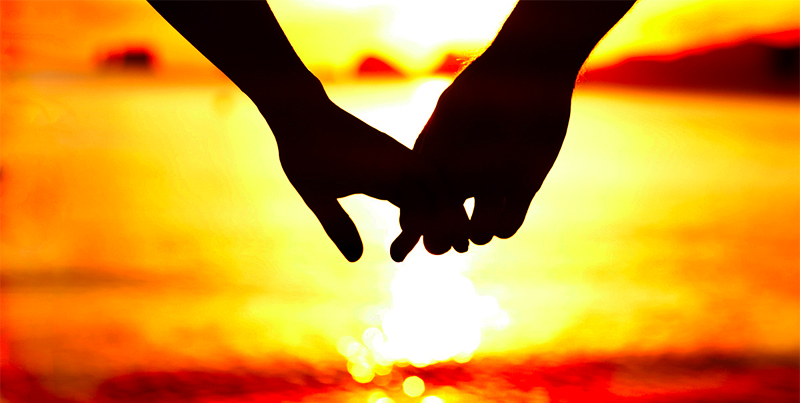 Finding Love at the End of History

On the Chance Meeting of Two Children of Holocaust Survivors

Spring found us:
all the mountains around
are stone weights
to weigh how much we love.

Yehuda Amichai, Poems for a Woman

He was a thin man, a musselman, who had weighed 35kg on liberation from Auschwitz: “My five-year-old daughter died of starvation in the Warsaw ghetto.” Silence blanketed the audience as the opening speaker continued. “Every time I take a bite of food now, it sticks in my throat as I hear her begging me: Tateleh, a shtickeleh broyt? (Father, a piece of bread?)” I glanced around at 300 people who’d come from around the world, and realized that had we lived in those times this could have happened to any of us.

It was 1989 and I sat in the back row of a crowded auditorium in Jerusalem, an Australian journalist sent to cover the First International Conference for Children of Holocaust Survivors. I was planning to file a quick report and head straight down to Sinai for some scuba-diving and sun. On my right, a red-haired woman was busy chatting with her neighbor in French. Meanwhile a tall young man was navigating his way past fellow delegates, headed toward the only seat left in the room, next to me.

When he sat down I avoided eye contact, picked up my pen and started taking notes. A psychiatrist delivering the first lecture, was describing her own experience growing up as the daughter of survivors: “As children, we were the quintessence of good for our parents—little miracles born in spite of Hitler. But if we were naughty, we became the perpetrators of evil—did I survive Auschwitz for you to treat me like this? That’s a pretty big load for a child to bare.”

During the break I plucked up the courage to chat with the man beside me. It turned out he was a psychologist from Haifa, whose parents had also survived the horrors of Europe. Like many of the other delegates, we’d both grown up with withered family trees, haunted by tales of dead relatives—our namesakes. He asked me about my mother, who was 21 when she emerged from Bergen Belsen, the sole survivor of her entire family. As I started telling him what I knew of her youth, a sudden realization washed over me. Here I was, seated in a room filled with so many poignant stories and memories, and yet I had so few to share. I spent most of my youth running away from the very things I now wanted to know, but my mother’s stories would remain locked within her grave forever. I had been a reluctant listener as a teenager, forgoing my questions until it was too late to ask. I burst into tears and tried to wipe them away, embarrassed by my meltdown in front of this stranger. I expected him to make some excuse and hurriedly move away. Instead, much to my surprise, he stayed put and placed his hand on my shoulder. The darkness that I held was palpable—yet it seemed to draw us together. How odd that events of history, which had ravaged our families, were the very reason we had now found each other.

I had come from the opposite side of the world to see myself reflected in the face of a complete stranger. What connected us ran far deeper than simple physical attraction. We shared a common legacy, leading a dual existence as children—seemingly normal by day, yet haunted by nightmares of our parents’ pasts. We couldn’t really mourn the family we never knew, overwhelmed by the sheer numbers to grieve for. Born in the shadows of the smokestacks of a war-torn Europe, we had a deep desire to repair a shattered world. Everyone in the room had come together for the first time to share experiences, and in doing so, were trying to find a way to heal wounds we didn’t even know we had. Telling our stories helped us understand and begin to transform our pain.

In a way, we were survivors too, holding the trauma of our parents’ memory. Marianne Hirsch coined the term postmemory—recollections of traumatic events which are imprinted on the lives of offspring like shadows, following them around: “Children of survivors and their contemporaries inherit catastrophic histories not through direct recollection but through haunting postmemories.” Both of us had grown up with an altered perception of the world around us. And we mostly lived with our secret fears, placing importance on self-reliance, as our parents did. To seek help was to admit we were weak. Feeling too happy was an insult to our parents’ histories, yet feeling depressed was worse—what was our suffering compared to theirs?

Back at the conference, time hungrily ticked away and the sessions ended before the man and I had a chance to finish talking. I took down his address and headed off camping in Sinai. Several months later, back in Melbourne, I was tidying up my desk, when I came across his contact details. I wrote him a letter, which was the beginning of a long-distance romance. A year later, he was planning to come visit me in Australia, when the Gulf War broke out. I was standing in a fruit shop, when I heard a radio bulletin about Scud missiles raining down on Haifa. I knew then I needed to be with him and, 24 hours later, found myself flying straight into a war zone. He picked me up from the airport just as an air raid siren sounded, welcoming me into his arms. The first thing he said was: “We have to stop meeting like this.” On the way home, we couldn’t help but laugh about the fact that most couples’ courtships take place in a bar or on a beach, but the three times we had met there was always the backdrop of war.

In my novel, The Waiting Room, the main character Dina reflects on her new lover:

He was the first man who didn’t seem frightened by a past she carried along with her . . . a heavy sack filled with the dead, permanently hoisted over her shoulder. In fact, he helped her carry it, lightening the load of her history.

The man I met 25 years ago has the same gentle power. We have since merged our lives. When that handsome gentleman sat next to me on the first day of the conference all those years ago, I never would have thought we would forge such a deep bond that he would eventually become my husband and the father of our three children. We may have broken with the Jewish tradition of naming them after our ancestors, but their Hebrew names, drawn from the natural world, embody the hope that despite the darkness their parents’ carry they will always grow towards the light. If trauma passes down through generations, then so too must love.

Leah Kaminsky is poetry and fiction editor at the Medical Journal of Australia. She conceived and edited Writer, M.D., an anthology of contemporary doctor-writers. She is the author of We’re All Going to Die, the award-winning poetry collection Stitching Things Together, and collaborated on the number one Amazon bestseller Cracking the Code. 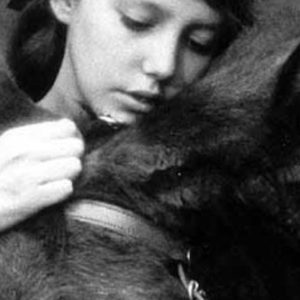 The following is from Bresson on Bresson: Interviews, 1943-1983. François-Régis Bastide: Robert Bresson, opening your...
© LitHub
Back to top