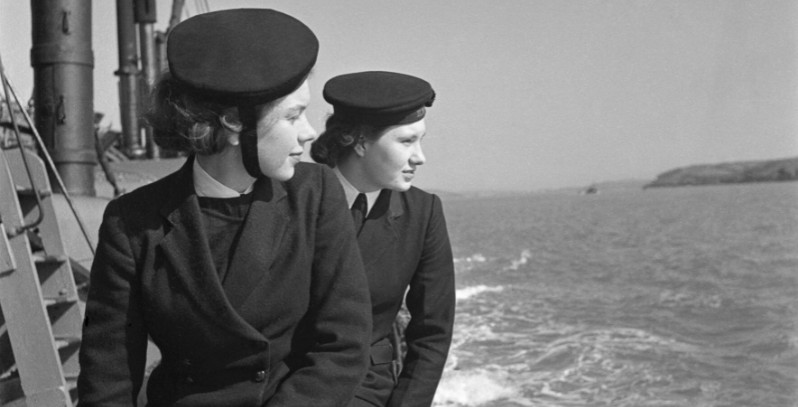 At the training college for the Women’s Royal Naval Service (also called the Wrens) in Greenwich, Madge Barnes joined a cohort of other young recruits to learn not only nautical terms and naval traditions, but also, in that nobly stifling British way, the rules of civility and decorum. In the Painted Hall, a room of tear-jerking beauty designed by Christopher Wren and Nicholas Hawksmoor as part of the Restoration palace for Charles II and his heirs, Barnes ate breakfast, lunch and dinner from long, silver-candlestick-laden tables each day. Naval staff waited on the Wrens, treatment that contributed to Barnes’s blushing sense that she had passed into a new and elevated world, a place where it was quite reasonable to suggest that there was a right way and a wrong way to eat a pea.

During the 10-day training course Barnes, along with dozens of other bright young women, was trained in deciphering naval signals—secret work that demanded quick wits and tight lips (“Be like Dad, keep Mum” read one handout, now painfully of its time), memorizing cyphers that would report the position of British ships and, if they had been spotted, that of any U-boats in their vicinity. On graduating, she was sent to Scarborough where, as the war continued, more and more Wrens would congregate in a secret underground hall on Irton Moor, today inhabited by Government Communications Head-quarters (GCHQ), intercepting and decoding U-boat radio signals.

For all the wolfpack’s power and menace, it had one key weakness. In order to organize their U-boats for an attack, the captains needed to communicate at regular intervals, initially to report the sighting of a convoy, and then to invite other boats to join. Even in the midst of battle, requests often came in for U-boats to announce the result of specific attacks, fuel and torpedo stocks, and to issue weather reports. These signals, when picked up by Allied shore stations, acted as clues to the U-boats’ whereabouts. By triangulating the signal from two sources, a fairly accurate location could be determined, and the estimated position of the U-boat pinned to the plotting maps around the navy’s various premises.

Many U-boat captains, suspecting that their radio signal was being used to find them, refused to answer more mundane requests from Nazi command for up to three days, the threshold after which the U-boat crew’s families would be informed they were missing, presumed sunk. There was one notable exception to the rule. Occasionally, after a fortnight’s cavorting while on leave in the French ports, news would arrive via the U-boat’s radio that one of the crew had got a girl pregnant. The man would be expected to ask the woman to marry him. The U-boat’s patrol, however, could not be interrupted or cut short. As such, the exchange of wedding vows would be organized remotely, over the radio. Each party would exchange the words “I do” at the appropriate moment in the proceedings, which were conducted by a priest. Any Wren who decoded the message, usually sent from Scarborough to Station X, the code name given to Bletchley Park, would have been bewildered by the exchange.

In assuming an active role in the war effort, Wrens slipped the expectation to marry early, remain at home and bear children at the earliest opportunity.

The Hotel Cecil became Barnes’s home in Scarborough, a so-called Wrennery, where all of the cypher Wrens were housed. It was a tall, comfortable building overlooking a park and, beyond that, the sea. Only a few of the young women shared rooms; most were given the luxury of their own space and, in the warm summer evenings, would congregate on a knoll in the park to read or chat in the flattering light of the golden hour. The young Wrens came from across the country, typically from middle-class families. The work was tiring, and the Wrens kept unusual sleeping hours, making different friends at different times, according to the watches they were asked to keep.

For all of war’s great horrors, service in the Wrens offered these women an unexpected freedom from the strictures of their previous lives, where they were subject to the rules of their Victorian fathers. For many young men the Second World War wiped out a multitude of possibilities. For many young women, however, war obliterated previously impenetrable barriers. In assuming an active role in the war effort, Wrens slipped the expectation to marry early, remain at home and bear children at the earliest opportunity. Joining the Wrens was something akin to setting off for university, a profound loosening of the centuries-old constriction of female prospects. For these girls—and many were still girls—war’s secondary effects had to do with liberation, excitement and possibility.

“It gave me my first taste of freedom,” wrote one Wren after the war. “Before the Wrens, I’d had to account for everything—where I was going, who with, and what time I’d be home. You didn’t really think about it until you had a chance to be much freer.” Even in war, when a young person’s range in the world expands, thoughts of death retreat. As well as the long hours, the endless drills and the burdensome stakes, there was also freedom to be young. The women sang. The women tried out falling in love. And when news came that the Wrens were looking for volunteers to form a delegation of cypher officers to sail for sunny Gibraltar, Barnes and all the other women excitedly applied.

This was an important posting for Vera Laughton Mathews, one of the first delegations of Wrens to represent the service abroad (the first had left for Singapore a few months earlier). Moreover, the signals officer at Gibraltar didn’t want women. He pleaded for the navy to send men instead, only accepting the Wrens when he was told it was women or nothing. The posting felt like a microcosm of the wider world’s resistance to women in spaces typically occupied by men. As such, Laughton Mathews personally selected the ten chief Wrens and twelve cypher officers from a long list of keen volunteers. These women were, in Laughton Mathews’ estimation, the most promising young officers of the service.

The Wrens were told not even to mention that they were going overseas.

On June 12, 1941, nine months after the sinking of the City of Benares, 21-year-old Phyllis Bacon, one of Barnes’s friends and another incumbent of the Hotel Cecil, wrote to a friend, incredulous with the news that she had been hand-picked by Laughton Mathews to sail to Gibraltar.

“I can’t THINK how we did it,” Phyllis wrote. “Except perhaps they approved of my skirt, specially lengthened about four feet for the occasion, and my thick—very thick—stockings.” The women were given coupons with which to acquire light, cotton clothes and “bright sandals” appropriate for the Mediterranean climate. The trip, however, was to remain a secret. The Wrens were told not even to mention that they were going overseas, a source of considerable frustration for Phyllis, who feared her friends and family would think “nothing ever happens in the Wrens except leave.”

Before Gibraltar, a number of the Wrens were sent on a more modest delegation to Liverpool. In early June they arrived at Derby House, the newly located Western Approaches HQ, which had been built, at great and controversial expense, in the basement of the Exchange Flags building, close to the water. They were to provide expert help to the cypher Liverpool Wrens. Roxane Houston, a new Wrens recruit, had arrived in Liverpool just a few weeks earlier. She marveled at the “remarkable ease” with which the Gibraltar-bound Wrens sped through the mound of incoming signals. In the few days they were together, Houston struck up a friendship with 23-year-old Isabel Milne Home. In downtime the pair would speak about Isabel’s visions of Gibraltar, as well as her anxieties about the journey.

As the date of embarkation approached, these private worries were expressed more regularly. After the sinking of the City of Benares and all those other ships that followed, the Wrens were aware of the risks of the journey, especially as the route would take their convoy along the French coast.

The day before she left for Liverpool in early August, Barnes sent another letter, this one to the skipper of her Sea Ranger unit in Leith, Scotland. “If anything should happen to me,” she wrote, “I want you to know that the happiest moments of my life were when I was at a Sea Rangers muster . . . I am crazy on the sea, and it gave me my first connections with it.” Barnes’s letter has the quality of prose written by someone wanting to set things straight in her life, to repay a debt of gratitude.

That night, 10 of the 12 chief Wrens, along with a young naval nursing sister who was to accompany the delegation, posed for a photograph on the steps of the Hotel Cecil. The young women are frozen in a moment of uncomplicated joy, without the filter of self-consciousness usually found in posed group photographs. Despite the uniforms, and private anxieties, the unmistakable spirit of youthful anticipation pulls all focus. 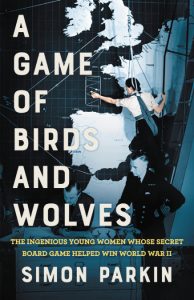 Simon Parkin, the author of A Game of Birds and Wolves, is an award-winning British writer and journalist. He is a contributing writer for the New Yorker, game critic for the Observer newspaper, and a regular contributor to the Guardian‘s Long Read. He is the recipient of two awards from the Society of Professional Journalists, and his work has been featured in The Best American Nonrequired Reading. He lives on the south coast of England.

Richard Wagamese on Anti-Native Racism and Deciding to Fight Back 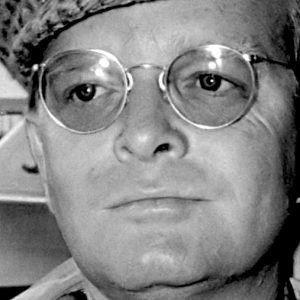 Though he was no stranger to controversy in his lifetime, Truman Capote caused quite the stir in late 1957 with the publication...
© LitHub
Back to top
Loading Comments...