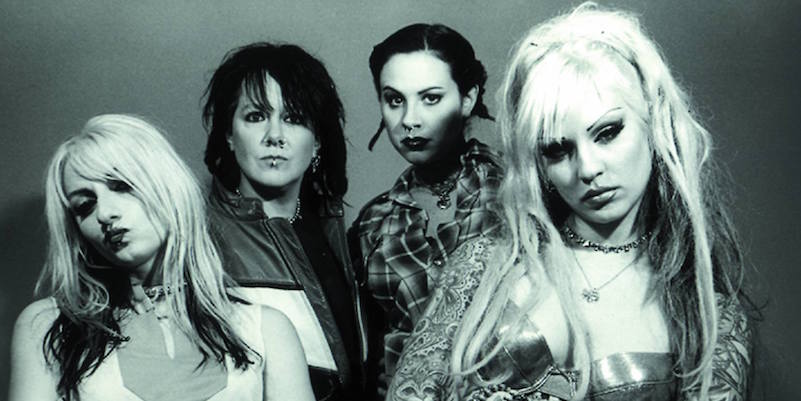 “Filthy, Funny, and Flamboyant.” How the New York of the ‘80s Spawned the Lunachicks

“We were born weirdos, and New York offered no resistance to that.”

By The Lunachicks with Jeanne Fury

It’s all New York City’s fault. There is no other place on earth that could have spawned the Lunachicks. Our most formative years were spent running wild in this creative and cultural mecca, absorbing its diversity and letting all its weirdness rush through our blood like a virus. New York City turned us out, in every aspect you can imagine and plenty more you can’t. We are absolutely a product of our environment, equal parts filthy, funny, and flamboyant.

We didn’t have the traditional high school experience that gets played out in every PG-13 movie. We were really lucky. Growing up surrounded by so much dirt and creativity made us restless. After a while, it wasn’t enough to be onlookers; we had to be active participants. As artists and musicians, we had a symbiotic relationship with our surroundings; we gave and we took. True love and codependence.

Back in the ’70s and ’80s, New York City was shitty and gritty and dangerous and fun. Living here certainly made our awkward teenage years more endurable than if we lived anywhere else. Because our outside environment was as twisted and freaky as we felt on the inside, we felt less out of place than we would have if we’d grown up in some manicured, white-picket-fence nightmare. We were born weirdos, and New York offered no resistance to that. We thrived here.

In hindsight, our New York was a fucking hellscape. The AIDS and crack epidemics were heating up. Crime was rampant. Perverts were everywhere. The city was about as hospitable as a turd to the face. And yet, we loved it. Chalk it up to being young and not knowing any better. It’s not like we assumed kids in Ohio or Kansas jumped over dirty needles and dodged flashers and mounds of dog shit on their way to school every morning the way we did—we knew our city had its peculiar charms—but it also never occurred to us that New York should be a safer, cleaner place for us to grow up in. We just accepted and loved the city in all its foul, terrifying glory exactly the way it was.

We didn’t grow up with cultural subsets of kids, like the jocks or the preps or the nerds. In our New York, everybody was a little strange. Many of our favorite bands and biggest influences were proudly, defiantly “other”: the NY Dolls, the Damned, the Cramps, the Misfits, Jayne County—they all sought to infiltrate people’s comfort zones and plant their flag like a hot fart in a crowded subway.

In our New York, everybody was a little strange.

Speaking of public transit, the blessed thing about growing up here is that we didn’t need a car. The subway made it possible for us to take ourselves to a show or a museum or Coney Island, all in one day. That right there encouraged us to be independent at a young age. We didn’t need to rely on other people to create experiences for us. Most kids don’t have that kind of luxury and freedom to go wherever they want whenever they want.

That freedom came at a price. For teenagers in 1980s NYC, daily life was a veritable obstacle course of creeps and assholes. We traveled in a pack, like baby hyenas. Because we were punks, we were natural targets for just about everyone, so we had to travel in groups. Your crew needed to be tough—the girls were always much tougher than the boys—and you had to defend yourself or, at the minimum, talk big and run fast.

Kids would sing-scream “Freaks Come Out at Night” by Whodini at us, or they’d scream, “Frrrrreeeeeaaaks!!” Or they’d call us Cyndi Lauper or Boy George or Madonna, which we took to be an insult because those people were on MTV and the radio—pop music, not punk. Kids would yank our hair; one of our friends even got her green hair chopped off by a mob of teens on the subway. You really needed your girls at shows. The bigger girls would make a circle around the smaller girls and stick their elbows out and deliver some well-calculated warning shots. We always looked out for each other.

The punk kids were few and far between. The safe haven for people like us was the Lower East Side and St. Marks Place in the East Village, where the other weirdos congregated. But the comings and goings were treacherous, to say the least. For all its coolness back then, parts of those neighborhoods were bleak as fuck. Bombed-out and burned buildings and empty lots were common. The same goes for the waterfront in Williamsburg, Brooklyn, which was a pure wreckage of corroded iron structures that were fun to explore and full of rusty nails, piss, graffiti, and general danger.

To get to the Lower East Side from Brooklyn, where most of us lived and where we spent the bulk of our time, we had to take the subway through downtown Brooklyn, which was not a very tolerant place for young honkeys with blue hair. Our little crew would get on the subway, clutching our cassette players (everybody carried a boombox back then), and we’d all hold our breath when pulling into the stations. The doors would open, and we’d look down so as not to make eye contact with anybody. If you could get past Fulton Street without getting jumped, you were home free to Second Avenue, the LES.

On the Lower East Side, nobody paid us any mind—except when they did. Cut to a skinhead who saw Theo and friends walking down Second Ave and shouted, “Nuke ’em all, whatever they are!” But we usually didn’t feel as ostracized or get called names on the street or get shit thrown at us or feel threatened. Of course, we’d have to eventually take the subway back to Brooklyn, usually at three or four in the morning. More than once, we were mugged, had knives pulled on us, and saw guys jerk off at us. So much of that shit was always happening to the point where it was more of an inconvenience than acts of violence.

We were putting ourselves in all kinds of dangerous places all the time, sometimes intentionally. We used to drop acid and go to Times Square, just to freak out and be freaked out. It was a playground for us. Sometimes we’d drop acid, ride the subway all the way up to the Bronx, and then walk all the way back to Brooklyn just for kicks.

We’d make our own fun. We’d grab a radio and a bottle of Olde English and sit in piles of garbage on the street like they were beanbag chairs.

We made a lot of trips to CBGB and the Pyramid Club in the East Village, and to Danceteria on West Twenty-First Street, where there were four floors, three of which had different music. The drinking age was eighteen, so all you had to do was look eighteen, which was pretty easy when you’re fourteen, blind with bravado, and filled with attitude. It’s not like any of the clubs gave a shit either. All us kids went to Forty-Second Street to get fake IDs. You had to pick an occupation in order to get your ID.

Danceteria closed in 1986 (amid an unsubstantiated rumor that some underage kid fell down the elevator shaft), but for a while, it was the coolest club, with so many different subsets of arty weirdos hanging around. One night, you could see the goth band 45 Grave, or the glam punks Sic Fucks, or the ’50s band the Coasters, or you might be hanging out in the same room as Madonna. Occasionally, some of us would get wasted and spit ice cubes at people from the roof of the club. We were assholes. It was a thrill just to be out on the scene.

We’d make our own fun. We’d grab a radio and a bottle of Olde English and sit in piles of garbage on the street like they were beanbag chairs. One popular spot was our friend’s house in Brooklyn, nicknamed the Bucket of Blood because the walls were painted red, where we’d get really fucked up and hit the streets to play ring ’n’ run. Another favorite hangout was our older friends’ apartment, called the Kretin House, which was at the foot of the Manhattan side of the Williamsburg Bridge on the Lower East Side. Being with each other, drinking, smoking pot, listening to the Misfits, making grilled cheese—those were exciting times for teenagers! We’d fall asleep in a cluster, like a lump of hamsters, and wake up in the morning with our hair all messy and our bodies crisscrossed over each other . . . it was so dirty and fun.

Some nights, we’d hang out in a graveyard—the ’yahd—in Bensonhurst with our metalhead friends. Yep, we had some big plans back then: go to Bensonhurst and drink forties in the graveyard. One kid we’d run into out there was an Orthodox Jew, nicknamed the Heavy Metal Yid, who wore all the Orthodox clothes—the undergarments, a white button-down shirt, black chino pants, and a yarmulke—but he’d roll up his crisp white sleeves and reveal a bunch of Satanic tattoos. We’d see him pushing a shopping cart, and he’d be like, “I’m going to see Slayah!”

Growing up in New York City, random encounters with famous (or soon-to-be-famous or infamous) people were common. We’d see Andy Warhol uptown near our high school, Danny DeVito on the subways, and Iman strolling up Eighth Street. This was our normal.

We already thought we were hot shit, so knowing our hometown was also where so much culture was happening and where the cool people came to live or hang out just reinforced our belief that we were predestined for great-ish-ness. 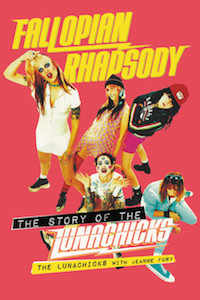 The Lunachicks with Jeanne Fury

How Mean Girls Taught Me to Fear Lesbians and Love Pink 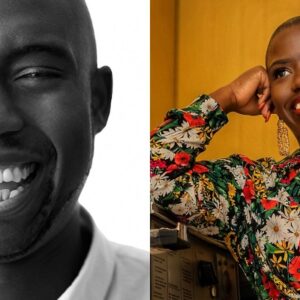 The Hay Festival launches its 34th spring edition, broadcasting for free online from Hay-on-Wye to the world 26 May–6 June....
© LitHub
Back to top
Loading Comments...