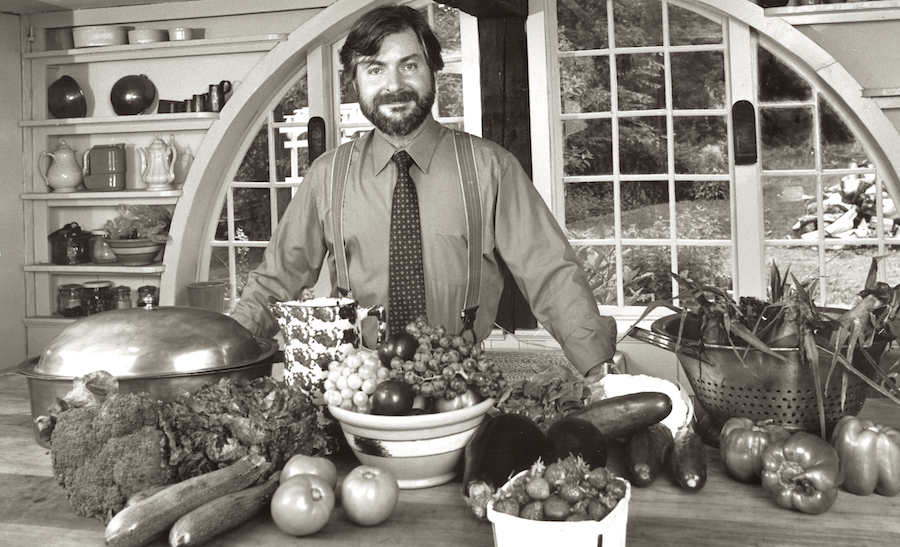 Fear Not. Have Fun: Ann Beattie on Lessons in Cooking and Life from James Haller

The Eloquent, Eclectic, and Enlightening Books of a Great Chef

Last week I was sitting with my husband at the Dover NH library. I’d never been in before. Lovely! Beautiful wood, big windows overlooking large trees. A bit of confusion finding the room, but once inside, folding chairs stretching in front of me, I saw our friend, the chef James Haller, already seated, talking with someone. He was there to discuss his newest book (published by Great Life Press in 2021), At the End of Ceres Street, subtitled, A Chef’s Salute to Portsmouth, New Hampshire. He was dressed informally, which is to say, formally for Dover: nothing rumpled, including hair; clean running shoes.

The day was unusually hot. He was, as I’ve always found him, charming. As soon as he connects, his sense of humor begins lurking in his force field. I eagerly await whatever he’s going to talk about, sure that at some point he’ll interject his characteristic, “I gotta tell ya.” He definitely has a sense of life’s strangeness, and always implies, or says outright, that he feels lucky to be where he is. You can read his writing about his youth, and his pre-famous-chef days, in several of his previous books, all excellent. You’ll find mention of difficulties, luck, adversity turned to advantage, his understated bemusement at the eccentricity of others—and, every now and then, maybe even on the same page—a recipe for some amazing dish he’s created.

As for being charming, he recounted, that night, the time he was running the once iconic Blue Strawbery restaurant (a legend in New England) and realized that he was out of oil for salad dressing. He was out of oil, period. As he tells it—I completely believe this—he set to work with maple syrup and (am I making this up?) blueberries, etc., reached for the blender, and voila! Salad dressing.

I have to back up and tell you how I came to know James Haller before we met—which was only relatively recently, introduced by our mutual friend Bess. In 1975, when I’d just started teaching in my first real job at the University of Virginia, my best friend, who lived in Amesbury, MA at the time, came to visit with The Blue Strawbery Cookbook. At that time, I knew how to boil pasta, how to add something fresh to jarred sauce, how to stuff an eggplant with, basically, bread crumbs. What a wonder this—the first of his cookbooks, subtitled Cooking (Brilliantly) Without Recipes—was!

In the introduction to the category “Duck”: “If you can [you see why I say he’s charming], have the duck split in half right up the middle. Stuffed duck is pleasant but splitting the duck, figuring half per person, will make it so much easier to serve and cut when it comes to eating it.” Practical. With a real understanding of the fact that the would-be cook (you) really might not, for whatever reason, be able to get the thing split. Surly butcher, maybe. No butcher at all. Your shyness about asking.

Yes, this put me at ease. But of course the recipes made me open my eyes wider. One for “Cornish Hens in a Lobster and Sour Cream Sauce.” Another for “Smoked Irish Salmon with Frozen Papaya Custard.” (As in: “Peel and cut as many papayas as you’ll need to fill a blender three-quarters of the way.”) Papayas in Charlottesville, VA in 1975… maybe, but not in my fruit cosmos: I didn’t happen to have even one on hand. Still: I aspired to have enough, very soon, to nearly fill a blender [mine had three working buttons—though I doubt any of them did anything differently. It came in a box of things I got for 50 cents at auction).

The message is: Fear Not. Have fun.

But you can already see where I’m going: I learned to cook by thinking you could eyeball how many pieces of fruit would be enough (and who cares if you’re a little off), and by searching for then “exotic” papaya, though in this case, my friend had brought them from the big city of Boston, and he set to the task. Alas, though: there would only be chicken to pour this over.

And, as happened too many times, so that I began to loiter in the kitchen like a surgeon’s assistant, ready to intervene immediately, after all the blending, freezing, whipped egg whites, and further freezing, juuuust before sticking it in the freezer again, out came a tiny bottle from my friend’s pocket, and he sprinkled in blue food coloring. He did. Why did he do this? Because he was stoned. So how did that make it taste? Great, with your eyes closed. To be honest, it tasted so good, you might have closed your eyes anyway. And, too, like a fantasy learned before I knew anything of the reality, I became obsessed with getting “Smoked Irish Salmon.”

Now, of course, there have to be many reality checks about anyone coming for dinner: person eats whey but not wheat flour; gluten-free except for Pepperidge Farm Milk Chocolate Milanos; organic wine, but only from a particular region in France, so why don’t you just forget about that, ha ha, and have a Diet Coke on hand?

But when you think you have the food requirements straight, and you’ve decided you can separate out some of the dish as a vegan alternative and do something else with that so you don’t need to disinvite the person who’s become vegan the morning of the dinner… reassure yourself with what the Haller manner implies: Some of this, or a little of that if you have fresh herbs, and some, oh, fiddlehead ferns if they happen to be in season… I’m trying to be funny (he is), though it’s not at all hit-or-miss; what I’ve learned from him is that such cooking necessitates a real knowledge of food, and a well-informed approach to cooking with a taproot into your subconscious—one that might touch your childish dreams, your innate assumptions about color coordination, perhaps (rarely) a hint that you might consider frugality, but most of all, whatever you prepare should involve your creativity.

The books is a touchstone for many things, among them youth.

As for the newest book, named for Ceres Street, where James Haller presided as chef of the Blue Strawbery, you might think of reading it as looking for whatever is behind a slightly difficult to find closed door. Open it, and you’ll already be embarking on what you can do—which might require confidence (real or imagined), a bit of flexibility, and help from the twins Humor and Insouciance. The message is: Fear Not. Have fun.

Poet Marie Harris writes that At the End of Ceres Street is “a kind of living history map.” Exactly. It’s not only about the restaurant, but a story of Portsmouth past and present; it includes everything from photocopied Blue Strawbery restaurant reviews to a really sensitive drawing of an ice cream store. For me it’s also a touchstone for many things, among them youth.

It was January 1971. We had been open for less than two months. A raging nor’easter was blowing, and the cancellations for dinner had been coming in all afternoon. I had just started to put the food away when there was a knock at the door. A party of six.

“We saw the candles in your window,” they said. “Are you still open? We’re starved.”

Driven off the interstate by the severity of the storm, they had taken rooms out at the traffic circle at the Come As You Are Motel, where the concierge had told them about our restaurant.

I found out about the restaurant in a different way, but for me this is a case of romance being interchangeable with reality. Not that I was lucky enough to eat there—in those days I lived far away, and, frankly, I knew nothing about good food, because look at what I ate—but now I have all his eloquent, eclectic, enlightening books. I gotta tell ya: his way of thinking taught me, indirectly, about a lot more than cooking. 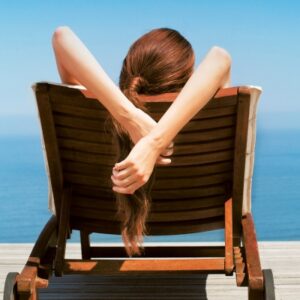 Nantucket Island was once the whale oil capital of the world. In the first half of the 20th century, writers like Nathaniel...
© LitHub
Back to top