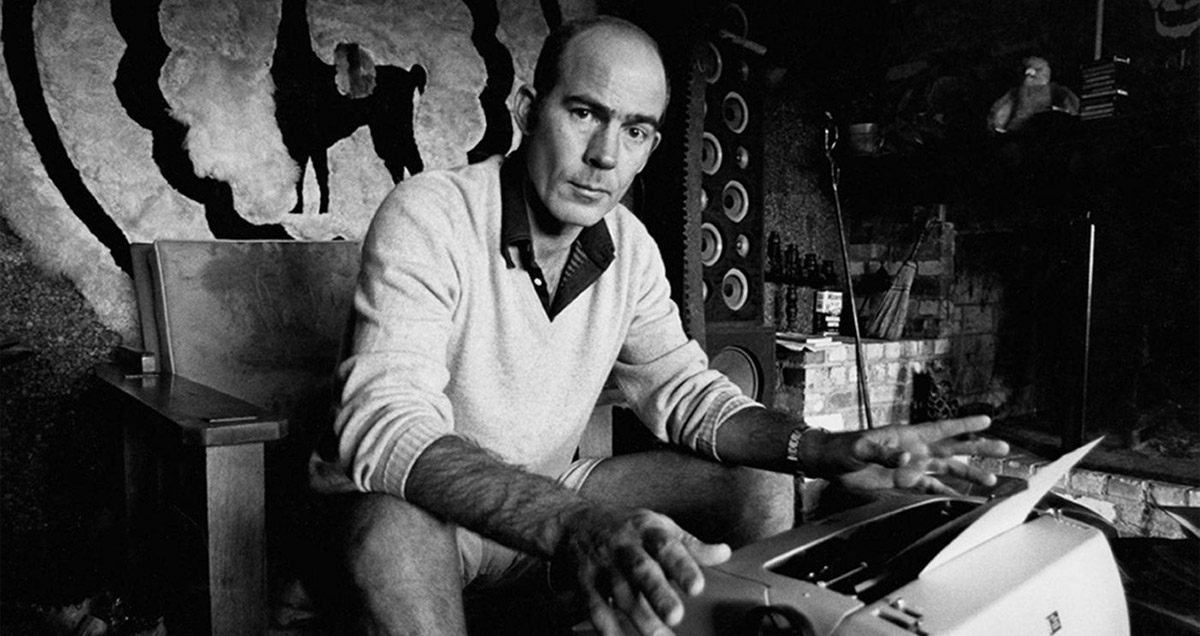 On the Anniversary of His Death, a Look at his life and crimes in the Big Apple

Eleven years ago tomorrow Hunter S. Thompson placed the muzzle of a handgun in his mouth and pulled the trigger. The beloved author and counterculture figure ended his own life in the kitchen of his home, which he had dubbed Owl Farm and frequently referred to as a “fortified compound,” although it was in actuality only a house surrounded by 25 acres of woods. Thompson had resided at Owl Farm, in Woody Creek, Colorado, since 1968. It was, after his mother sold the Louisville house where he had grown up, the only place he could truly call home.

But that isn’t to say Thompson hadn’t lived elsewhere. Between leaving Louisville and moving to Woody Creek, he had resided in Florida, Pennsylvania, the Catskills, Puerto Rico, San Francisco, Big Sur and Aspen. He had been driven from one place to the next and sometimes back by work, poverty and “the fear,” his term for the stifling pedestrian life that seemed bound to consume his generation.

The fear had also thrice driven Thompson to New York City. He first moved there in 1957 with the hope of enrolling at Columbia University and working for The New York Times. He left for good in 1962 after “ripping and roaring around New York, getting thrown out of bars, getting in fights, one auto wreck, abusing friendships and generally going to pieces,” as he put it in a letter. These are a few of the pit-stops on that savage journey:

With only $119 to his name, Thompson’s first New York City apartment came at the generosity of an old Air Force friend, who allowed him to stay there in a six-by-eight room, rent-free, in exchange for doing the chores.

Although Thompson did manage to take courses at Columbia, employment was much harder to come by. Lacking either confidence in or possession of his newspaper clips (he was forced to hastily flee his last residence in Jersey Shore, Pennsylvania, after destroying a supervisor’s car), Thompson took to rewriting articles from New York papers to pass off as his own. Unsurprisingly, this did not earn him a job at the Times, Tribune, Telegram, Journal, Daily News or Mirror.

With his purse dwindled to just $4.46, Thompson wrote to a former teacher: “The sight of eight million people struggling silently but desperately to merely stay alive is anything but inspiring. For my money, at least eight million people would be much better off if all five boroughs of New York should suddenly sink into the sea.”

Thompson’s first break in New York was at Time magazine, where he was hired as a copyboy. Although he described the job as “the lowest on the editorial ladder,” involving delivering magazines and ferrying copy rather than writing, it paid half of his Columbia tuition and afforded him a subsistence wage of $51 a week.

Unfortunately it would not last the year. As one of Thompson’s roommates from the period recalls: “Hunter would get absolutely smashed and go around mouthing off and insulting all of his superiors.” The occasions for these bouts of drunken belligerence were the Sunday night open bars hosted at Time’s office for employees. Specific sins include: calling the business manager a “fat lecher” to a crowd of coworkers; calling the business manager a “fat lecher” to his face; and stealing an entire box-worth of office supplies, food and books from the office of the magazine’s founder. Predictably, Thompson was fired.

Between earning and losing his job at Time, Thompson was able to secure his own apartment in Morningside Heights. There he “[hurled] a large garbage can down five flights of marble stairs … tried to kick down the door of a girl’s apartment, turned a fire extinguisher on the inhabitants of a room upstairs, and uttered a series of wild animal cries which frightened the Chinese woman next to [him] nearly to death,” as he later recounted to a girlfriend. He would move again the following month.

Thompson’s third apartment in New York also fell during his tenure at Time. While the building itself was “fairly nice,” according to his coworker Gene McGarr, Thompson inhabited a room in the basement. An entire wall of the room was taken up with barred windows that opened to an air shaft, which visitors had to look up to tell whether it was night or day. Thompson decided to paint the floor, ceiling and walls black because, presumably, it made little difference.

It was during this period that Thompson first began experimenting with drugs. McGarr recalls introducing him to marijuana, and the pair eventually doing cocaine, acid, mescaline and adrenaline—yes, adrenaline. As McGarr tells it:

I don’t know where he got the stuff from. He once stuck a hypodermic full of Adrenalin into his ankle, and by accident he hit an artery and a needlelike thickness of blood just hit the wall of the room. He was a gorilla for a while once it kicked in, but at the same time scared shitless because this stream of blood was an awesome thing to see. He had to go to the hospital because it wouldn’t stop.

During a sweltering July night, while Thompson was still residing on Perry Street, he, McGarr and their dates scaled the fences of the nearby pool. After stripping and diving in, they were met by five locals, who threw the party’s clothes into the water and a fight broke out.

Thompson and McGarr drove the toughs back over the fence only to have ten more return. Once again the pair fought them off, but 50 more amassed. After telling their girlfriends to “run for Seventh Avenue and do whatever you can to find a cop” (McGarr’s words), the two men faced the crowd and were beaten down by punches, kicks and bottles. The police arrived minutes into the melee, but the pair had to be taken to St. Vincent’s Hospital to have cuts sewn and broken glass washed from their skin. Afterwards, at the precinct, police told Thompson and McGarr that ten of the suspects were in custody, but if the pair wanted to press charges, the assailants would also press charges, meaning everyone would stay in jail. Instead, McGarr asked the cops for a “head start,” and the two men ran for it.

Following the incident, Thompson procured a six-inch hunting knife, which, he explained in a letter, he intended “to carry on [his] belt at all times in the borough of Manhattan.”

After being fired from Time, Thompson had gotten a job as a reporter in Upstate New York. The night before he was due to leave the city, he went out for farewell drinks with McGarr—and a bag of cement. Entering a jam-packed Riviera with the torn bag in tow, Thompson set it down on the bar and asked the bartender for stamps. (Apparently, they sold stamps at bars in 1959.) With the first bartender refusing to oblige him and two others stepping in to remove him, Thompson began pouring out cement, coating patrons around him and inciting a free-for-all. In the crowd’s stampede for the door, the bag tore in half, creating a white out.

Throughout all of this, Thompson’s then girlfriend and McGarr’s future wife were waiting outside. In McGarr’s words: “They can’t see anything, and then all of a sudden—they later said it was like something coming out of a cannon—this incredible explosion of white powder comes bursting through the door, with arms and legs sticking out of it.”

Outside, the situation shaped up to a fistfight between Thompson, McGarr and two bartenders, which was quickly broken up by the sound of approaching sirens.

After being fired from his upstate reporting job for kicking in a candy machine, and following a prolonged stint in Puerto Rico, Thompson returned to New York City in 1960. This Soho apartment belonged to Sandy Conklin, his then girlfriend and the future wife/mother of his only child. Thompson remained here for only a few months, doing little of note except working on Prince Jellyfish, the (yet unpublished) novel based on his time in New York.

Following time spent hitchhiking to Seattle and San Francisco, living in Big Sur, visiting Louisville and writing The Rum Diary, Thompson returned for the last time to New York, “the homeland of the uprooted,” as he wrote in a letter, in 1962. It mattered little, since the city was now only a staging ground for his upcoming voyage through South America. By now his love for the place had been completely exhausted, gnawed away by poverty, then broken by the promise that never materialized except as rejection letters for Prince Jellyfish and The Rum Diary. And maybe that, more than any gonzo personality, explains the violence he projected at the city.

Early on during his time in New York, Thompson had written, like a jubilant teenager: “Living in New York is like discovering life all over again.”

This last time around, he would write, in a more Thompson-esque fashion:

This is a shitty town, McGarr, and there is something wrong with anyone who can live here. It is full of vultures and lice and turds and darkness, and every human contact is more depressing than the last. You can see it in their eyes, dull stares and pasty flesh; walking these streets is like roaming in a graveyard. […] Fuck them all; I carry a short truncheon and am eager to put it to use.

For more tales of fear and loathing in New York and beyond, pick up The Proud Highway by Hunter S. Thompson and Gonzo by Jann S. Wenner and Corey Seymour, which are the primary sources for everything above.

What Lies Between Us 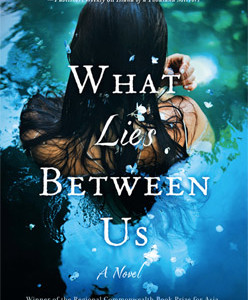 What Lies Between Us

Birth. My face was pressed against the bones of Amma’s pelvis, stuck there, so that instead of slipping out, I was bound...
© LitHub
Back to top