Mihail Sebastian’s journal—published in English in 2000 as Journal 1935-1944—is an extraordinary document. On the one hand, it is the testament of a Jewish writer from the years when Romania was an ally of Nazi Germany, during which the Romanian state killed over 400,000 Jews, both in Romania itself and an area of Ukraine under Romanian administration. The journal depicts with odd normality the acceptance of a racist, nationalist agenda by most of Romania’s intellectuals—the thinkers and writers who had been Sebastian’s own circle. Eugene Ionesco, a friend of Sebastian’s, described the process in Rhinoceros, a play that is like a brief nightmare. Sebastian’s journal shows the same process gradually, lucidly. He recorded conversations showing these intellectuals succumbing to the logic of the hard right, one by one.

Sebastian’s highly autobiographical novel For Two Thousand Years (1934) transports the reader intellectually and emotionally into the 1920s and 1930s and can be read as a companion to the Journal. The question that arises over and over while reading such a book is not whether history repeats itself, but whether it ever does anything else. For those wondering whether genocide was foreseeable, the answer is also here, in the affirmative.

The story begins in the crucial year of 1923. The unnamed narrator, who is trying to attend university in Bucharest, is being beaten by gangs of fellow students solely because he is Jewish. His response to this violence, familiar from childhood, is philosophical. He refuses to let others define him:

What depresses me most is the feeling of losing, with each day, the refuge of my solitude, of seeing myself in solidarity with Marcel Winder and Ianchelevici Sapsa, of going down the stairs together, united in common feeling, of becoming one with them, the same as them, a fellow sufferer and sympathizer. Jewish fellow-feeling—I hate it. I’m always on the brink of shouting out a coarse word, just to express that though I’m in the midst of ten people who believe me their “brother in suffering,” I am in fact absolutely, definitively alone.

He seeks refuge in his individuality, his writing, his resolve to meet this test in a way that will strengthen him. There is a sense that he feels this is part of growing up and that his country is in a deranged adolescent state. Sebastian’s aim—and this gives the novel its tone—is to calmly register the ideological frenzy around him as young Marxists, fascists, and Zionists propound their competing visions. He is like the only sober man in a room of drunks.

The year 1923 was significant. For the Romanian nationalists, this was the year Romania became Great—literally. Following the First World War, Romania’s historical provinces were united in a single, ethnic state. In exchange for this massive territorial reward, France, Britain, and Germany demanded that all residents in the country be granted citizenship, and the condition was finally accepted in 1923. They were to impose the new religion of national identity and hard borders on an ancient ethnic mix. A third of the population was not Romanian. Jews, for the first time in Romania’s history, became Romanian citizens.

The Romanian nationalist dream had been fulfilled by the creation of a national state; the nationalists had received everything they had wanted. And if this ethnic state did not feel like the paradise that poets and orators had heralded, an explanation for the disappointment had to be sought. If Greater Romania wasn’t so great, the reason had to be that it wasn’t sufficiently Romanian, or that the Romania genius was not capable of expression because it was handicapped by the adoption of foreign political models, such as liberal democracy. Romanian interwar politics became obsessed with the issues of minorities in general and Jews specifically, and the scene was set for the growth of fascism.

1923 was also a year of Fake News; it saw the first publication in Romanian of the Protocols of the Elders of Zion, a fabricated document from Czarist Russia purporting to be the mission plan for Jewish world domination. Since the “document” simply rehashed the crassest anti-Semitic tropes concerning Jewish machinations against the other “nations” and “races” of the world, it had no shortage of takers. Those who didn’t subscribe to the anti-Semitic narrative were disregarded as followers of the “Jewish press.”

Jews had never been more than four percent of Romania’s population and varied greatly from region to region and in degrees of assimilation. There couldn’t have been a community less capable of acting in concert. And yet they were seen as simultaneously controlling the state’s economy through capitalism and undermining the nation from the neighboring Soviet Union as communists. “The Jewish Threat” was also perceived as one of refugees and immigrants. Nationalists argued that the country was being “invaded” by Jews who were streaming across the Soviet border. And although there were some refugees who fled the pogroms in Ukraine in the years following the Russian revolution (1917) and the Russo-Polish War (1920), the numbers were nothing like what the nationalists suggested.

For Two Thousand Years concludes in 1933 with the narrator realizing that his society’s obsession with Jews would define his life. It was not an adolescent phase—the student movement of ten years before had become a fully-formed fascist movement that was set to take over the state, and its reasons had become reasonable words in the mouths of ordinary, reasonable people. Toward the end of the novel, the narrator has a conversation with a friend, Vieru, who asks why he has not visited town lately. The narrator explains that he is tired of hearing people call out at every streetcorner for the death of Jews, while “the cry goes unobserved and unopposed, like the tinkling of a bell on a tram.” There is a pause, then Vieru responds:

You’re right. Yet there is a Jewish problem, and it needs to be solved. One million eight hundred thousand Jews is intolerable. If it was up to me, I’d try to eliminate several hundred thousand… Let’s be clear. I’m not antisemitic. I’ve told you that before and abide by that. But I’m Romanian. And, all that is opposed to me as a Romanian I regard as a dangerous. There is a corrosive Jewish spirit. I must defend myself against it. In the press, in finance, in the army—I feel it exerting its influence everywhere. If the body of our state were strong, it would hardly bother me. But it’s not strong. It’s sinful, corruptible and weak. And this is why I must fight against the agents of corruption.

While he can stand against clubs and fists, the narrator cannot fight the normalization of the discourse that legitimizes this violence. Reason cannot combat paranoia, fear, and a quasi-religious fixation on blood and soil. There is little use pointing out that Vieru’s estimation of the number of Jews in the country is over double the true number, because there is no combating his need to believe that his country is being invaded and he is not safe from the corrupting influence that surrounds him, keeping Romania from its appointment with greatness.

For Two Thousand Years begins with the assertion of the individual, artistic consciousness against the demands of communal identity. Central to Sebastian’s creed as a writer is the need to be objective and factual; by rising above his own suffering he becomes a faithful observer and analyst of the madness around him. By the end of the book he realizes that his victory is only partial. There will be a bloodbath. His lucidity, so hard won, will not preserve him against the rising tide of unreason. At most it will allow him to document it. The private, individual life will be lost in the flood.

For Two Thousand Years, by Mihail Sebastian, is available now from Other Press. Translated by Philip Ó Ceallaigh. Feature image of the Romanian Iron Guard, 1934, courtesy the Hulton Archive.

Philip Ó Ceallaigh is the author of two collections of short stories, Notes from a Turkish Whorehouse and The Pleasant Light of Day. His work has been translated into ten languages and adapted for cinema, and he has received the 2006 Rooney Prize for Irish Literature. He lives in Bucharest, Romania. 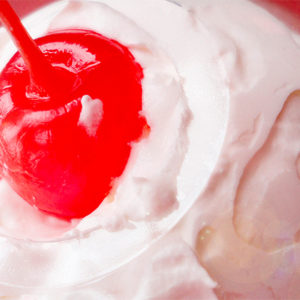 Now, take my glasses away, snap them in half, and demand that I look, and pleasure—the word—blurs fuzzily. I see the names...
© LitHub
Back to top