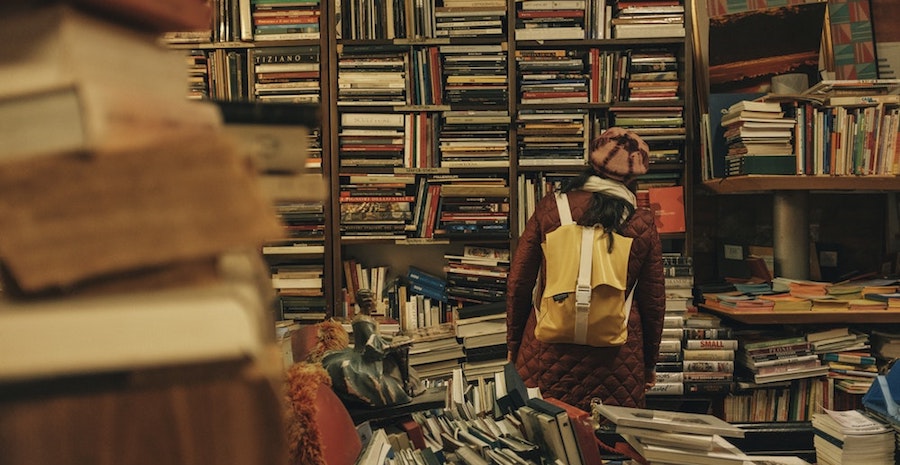 Every School in the Country Should Have a ‘Raising Readers’ Program

Getting Books Into Bookbags, One Student at a Time

This past school year, the NYC Department of Youth and Community Development (DYCD) and the National Book Foundation (NBF) joined together to bring a new reading program to ten middle school after-school programs around the city. Called Raising Readers, the program gives free books to the parents or guardians of middle school students and encourages them to join “reading circles” led by trained teaching artists.

When Jordan Smith came on board as Director of Education for the National Book Foundation, she realized that more could be done to entice young people to read for pleasure. “In terms of engaging a reluctant reader, there’s things that work for all ages,” Smith says. One of the biggest and longest-running reading initiatives the NBF sponsors is Book Up, a program for middle school students running in eleven after-school sites in New York, LA, Detroit, and Huntsville, Texas.

For Book Up, students meet regularly and decide as a group which books they want to read. The National Book Foundation provides the books, and a teaching artist leads discussions and creative responses to the material. In New York City, a summer version of Book Up, run in collaboration with DYCD, led both partners to realize that in order to build a lasting reading habit, simply getting young people to read isn’t enough.

“We’re always looking at what we do, how we do it, and why we do it,” says Candace Reyes-Dandrea, Deputy Director of the Capacity Building Unit at DYCD. “What we’ve come to realize is that two things have to happen if we want to impact youth in our after-school programs in any way.” The first is that program staff need to be interested and knowledgeable about what they’re teaching. The second is that the families and caregivers the young people go home to need to be invested as well.

“We saw this as an opportunity [to ask], what if we were to focus on families and program staff?” Reyes-Dandrea says. “What if we were to support the ones who are readers already… but the ones who may be thinking of reading as something that you do all day at work or at school, kind of inspire them to think of reading just for fun? That’s the whole idea here. It’s about encouraging folks to read just for the sheer joy of reading. So we agreed that targeting those two groups would be interesting to see the impact on the kids.”

Borrowing programmatic elements that have proved successful for Book Up, Raising Readers rolled out at ten sites across four boroughs during the 2017-2018 school year. Each site was chosen through an application process. Program Directors identified two staff members to send to professional development workshops, where they received training in how to lead reading circles. The staff then worked collaboratively with a NBF teaching artist to lead two reading circles for parents and caregivers back at their local sites.

Reading circles are conceived as social book clubs rather than academic tutoring or skill advancement. “It’s really designed to just feel like coming together, talking with people about books,” Smith says. Twelve books were curated for the program overall, and each site received three titles carefully chosen for their specific community. Examples include The Leavers by Lisa Ko, The Turner House by Angela Flournoy, Americanah by Chimamanda Ngozi Adichie, and Another Brooklyn by Jacqueline Woodson. As a culminating event to the discussions, each site received an author visit from one of the books they read. Finally, participants were accompanied on a shopping trip to Barnes & Noble, where they received a $30 gift card to purchase a book for themselves.

Dyron Holmes has worked with young people in a variety of settings since he was a freshman in high school. Last year he was the Roads to Success Program Director at Brownsville Collaborative Middle School in Brooklyn, one of the ten sites chosen to participate in Raising Readers. “I approach my after-school program in the way I approach a lot of my programs,” Holmes says. “I want it to be more than just, you come and you play basketball, you dance, and then you go home. Raising Readers was a good fit for me because as much as I want to give to the kids, I also want to give to the parents and the community.”

One of the books participants at BCMS read was The Turner House, a 2015 National Book Award finalist by Angela Flournoy. A cross-generational novel about a large family in Detroit, Holmes says that the book connected to his parent community. “In our group, I was amazed to find out that one parent had six siblings, and another parent had seven siblings,” he says. “And then where they fell in it and how it affected their lives—whether they were the middle child or whether they were the youngest or the oldest.”

Then Flournoy came to visit, which Holmes said opened up the adults even more. “It was just an amazing experience, and I was profoundly affected by the change in what they might have expected versus what it actually ended up being,” he says. “When people read, it gives them an opportunity to talk about their lives with a frame of reference. So they start sharing… and being surprised by what they’re sharing, or not being self-conscious about what they’re sharing. And that just made it an amazing experience.”

Holmes also enjoyed participating in the shopping trip. “I loved that the $30 gift card was for them,” he says. “They were instructed, you cannot buy children’s books, you cannot buy stuffed animals, you cannot buy toys… This is for you.” One of his guardians who has medical challenges purchased a book on herbs and healing while another bought one relevant to her schoolwork. “I was like, wow, you give people an opportunity to buy something for themselves, and it’s healing,” he says.

Holmes is moving to a new site in the fall, but he wants to continue what he’s learned from Raising Readers. “I’m inspired to start a reading group for parents and children now,” he says. “I would have it monthly, I would ask parents if they could recommend a book, and I would also include local writers and writers from New York to come in [and speak]… I would also have reading circles where the parents read to the children… I would also involve the school staff and administration.”

Reyes-Dandrea predicts that this year, close to 600 people were impacted by Raising Readers. She wants to see the program expand to include more community partners, local public libraries, and of course, more parents. “What would be great is if in every after-school program, once a month the program has a reading circle for anyone in the neighborhood who wants to come by and talk about reading,” she says. “The big picture, the dream, is that this will lead to something like that.” 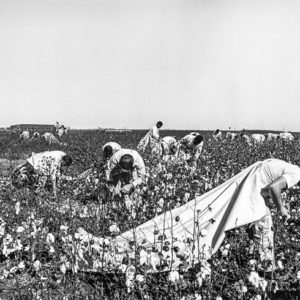 A white man on horseback, holding a rifle, looked out over an expanse of cotton that stretched beyond the horizon. Four packs...
© LitHub
Back to top