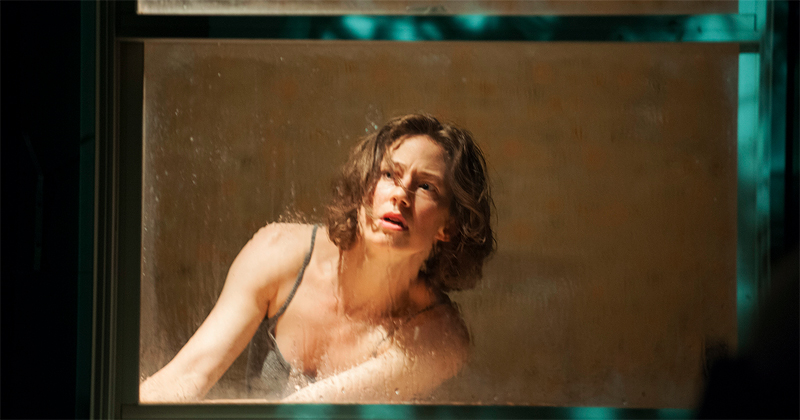 Every Ending is a Kind of Apocalypse: On Belief and The Leftovers

We want our fiction, like our lives, to end with revelation

In 1967, the British literary critic Frank Kermode published a weird, wrenching book titled The Sense of an Ending. It was both a work of literary criticism and a lament for what Kermode called “the common death.” In just 160 pages it braided Christian eschatology, narrative theory, and quantum physics into a  startling idea: Every story, argued Kermode, ends in apocalypse.

But apocalypse, as he meant it, was not the handiwork of zombies, plagues, or presidents; it resided in the very idea of an ending and was derived from the New Testament. A good ending, so to speak, is one that fixes the shape and meaning of the whole story. By that standard, an ideal ending might well be the Last Judgement: a blaze of reckoning that reveals, all at once, the divine structure of creation.

Kermode, a professor of English Literature from 1958 until his death in 2010, wasn’t stumping for the Christian afterlife. He was suggesting that our standards for fiction reveal some of our keenest and most fragile desires. We want our fiction, like our lives, to end with revelation.

That desire, at least where TV is concerned, can turn into menacing expectation. Consider the fans of Lost, who never quite forgave the show—or its co-creator, Damon Lindelof—for the series’ wobbly landing in 2010. A supernatural mystery spanning multiple dimensions and six seasons, Lost seemed to promise an answer key for an ending. Its inconclusive finale was, for some fans, an act of of treason. For Lindelof, it was a catalyst. He went on to write and produce The Leftovers, which turned bad endings into a great premise, and which aired its final episode this Sunday on HBO.

Over the course of its 3 seasons, The Leftovers often seemed to draw on Kermode’s strange, elegiac idea of storytelling. Like Kermode himself, The Leftovers traced the connections between the grandest cataclysms and the intimacies of loss. Above all, The Leftovers was a study of endings: of how they fail us in life, and how we forge our own with fiction.

Based on the novel of the same name by Tom Perotta, The Leftovers concerned a mysterious disaster: the Sudden Departure, in which 2 percent of the world’s population vanished without explanation. The first season takes place in a small town, Mapleton, several years after the Departure, and follows the family of  Kevin Garvey, a local police chief played with a stifled, nervy sadness by Justin Theroux. Although none of the Garveys vanished in the Departure, their lives nonetheless feel ruptured and robbed of sense. Kevin’s teenage daughter resents him, soured by global angst. His wife has left him, and so, apparently, has his mind: He starts blacking out, seeing things, and—most disturbingly of all—shooting dogs.

As the world patches itself back together, Kevin pitches into madness. Ambushed by hallucinations, his face often reads like a thesaurus of confusion: baffled in one scene, bewildered in the next. He looks, for the most part, the way the audience feels, wrenched by a troubling sense of unreality.

But out of that confusion spins the Leftovers’s spellbinding weirdness and lunatic grace. In every season, it has taken dramatic risks, relocating across countries and continents, from upstate New York to Australia. It’s organized less by plot or place than by a philosophical argument, cruelly put forth by a cult called the Guilty Remnant. Their members—Kevin’s ex-wife among them—chain smoke, dress in white, and torment mourners. They practice, essentially, an evangelizing nihilism, punishing anything that looks like hope or belief. They steal photos of loved ones who have “departed,” sabotage memorials, and ambush sites of pilgrimage. For the Guilty Remnant, the Sudden Departure is significant precisely because it has no grander significance. It wasn’t an act of God, but a tear in the fabric of reality that revealed the nothing underneath, turning faith into farce.

But the Guilty Remnant is, of course, a belief system too, however conflicted. And it’s the contortions of belief—doomed, demented, and deeply needed—that have always been The Leftovers‘ concern. Characters tumble madly into new convictions, often making it up as they go along: Kevin, somehow, drowns himself repeatedly, capering through the afterlife; His ex-wife, Laurie, joins and then leaves the Guilty Remnant, writing a memoir about her deprogramming; a preacher named Matt Jamison begins writing a book—more specifically, scripture—about Kevin, who he has come to regard as a the messiah. Denied a story they can understand, characters start crafting their own, which are scarcely less believable than their actual lives.

It’s no accident that so many of these coping mechanisms involve writing—and, if not writing, then other madcap fabulations. The Leftovers is a story about people who have, quite literally, lost the plot. A “sudden departure”, after all, is an apt characterization for a badly told story—one that doesn’t so much arrive at its ending as abandon us there, unanswered and adrift.  On the Leftovers, people form cults, disappear into the Outback, and change spouses and zipcodes to restore a sense of narrative to their lives. They strain towards the sense of an ending reality has denied them because, without one, their lives feel senseless.

Stories, argued Kermode, shape our experience of time in the same way that belief does. They offer a vision of life that adds up to coherent whole,  and create a narrative of life that culminates in something—whether an afterlife or an apocalypse, or simply a sense of purpose  That’s why, Kermode argued, even an apocalyptic story is, at bottom, a comfort. It replaces the chaos of time with the consolations of narrative.

And consolation is, oddly enough, the note on which The Leftovers ends. Throughout its final season, it followed a number of characters on near-suicidal quests to verify their convictions, most notably Nora Durst, who lost three of her children in the Departure. Towards the series’ end, she climbs into a machine that two foreign scientists have promised “will take her to her children”—and that she expects, quite sensibly, will kill her. It demands stripping naked, immersing herself in fluid, and waiting to be “irradiated.” But the show’s final episode finds Nora 20 years in the future, alive and in Australia. It’s not long before Kevin—her erstwhile boyfriend, with whom she began and then abandoned a nascent family—appears at her door, demanding answers.

And so, Nora, with utter conviction, begins to tell Kevin a story of her own. The crazy physicists’ death machine, she explains, did send her to her lost children. She discovered them in an in an alternate reality, virtually identical to her own, with one profound difference: there, 98 percent of the population—as opposed to 2—had vanished in the Sudden Departure. In that lonely, depopulated world, Nora sees her children, now teenagers, smiling and improbably happy. And so Nora decides to leave them to their motherless lives. She tracks down another frightening teleportation device, and returns home.

Characteristically, The Leftovers doesn’t show Nora’s excursion into the other dimension; The camera stays close to her face as she tells her story, and Kevin looks on with rapt conviction.  She never sought him out, she explains, because she was sure he would never believe her. “I believe you,” he says, and takes her hand. He’s decided to believe her on the basis of her story—as viewers must do themselves

The finale, like the show as a whole, doesn’t attempt to crudely explain away the inexplicable. But it also allows for a sense of an ending—for the possibility of closure, even joy. It’s precisely this kind of generosity that has made The Leftovers such a pleasure to watch over the years. It sometimes seemed, in its earlier episodes, that the show might share the point of view of the Guilty Remnant: refusing all belief, belittling the desire for understanding. But, over time, The Leftovers managed to depict the throes of belief with tenderness and gravity, and wholly without condescension.

Not all beliefs are redemptive—indeed, many on The Leftovers are downright fatal. But the show advances the more optimistic claim that believing in a story isn’t necessarily delusion or dogma. It can also be the foundation of art—and perhaps, as the finale suggests, of love.

The Leftovers has always been a story about storytelling—the narratives we create about and with our lives. In that sense, it’s often felt as much like a work of criticism as a work of fiction, probing the joints between reality and representation. Critics, wrote Frank Kermode in The Sense of an Ending, are not expected to “make sense of our lives.” Instead, they’re expected only “to attempt the lesser feat of making sense of the ways we try to make sense of our lives.” It’s precisely that attempt that The Leftovers has made so lovingly over the years, but its success had never seemed “lesser.” On the contrary, it has always seemed astonishing.

Bookselling in the 21st Century: The Deep Pain of Returning Books 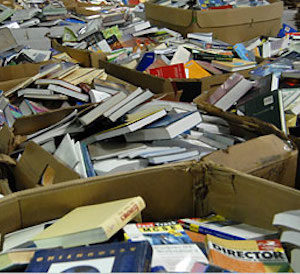 Bookselling in the 21st Century: The Deep Pain of Returning Books

Nothing can quite extend a bookseller’s to-be-read pile of books at home (real or imagined) like a returns cycle. Let me explain:...
© LitHub
Back to top