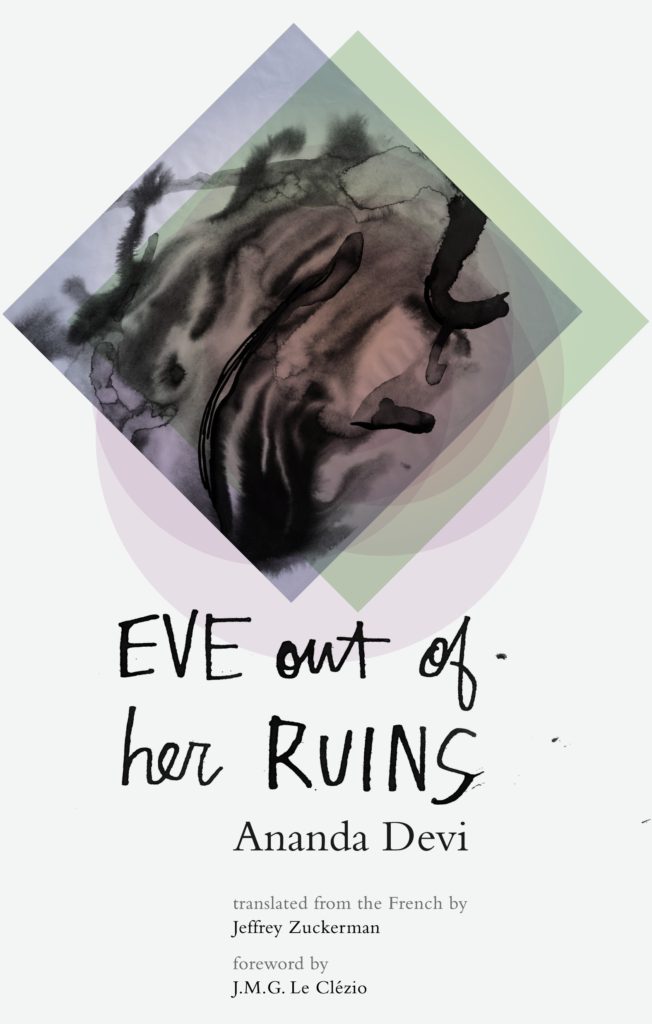 The following is from Ananda Devi’s novel, Eve Out Of Her Ruins. Devi has been awarded several literary prizes and published eight novels and several short stories and works of poetry, many of which have been translated into multiple languages. Devi was made Chevalier des Arts et des Lettres by the French Government in 2010.

As soon as I locked myself inside, I smoked everything I could reach. But the pain is still here. And I’m still here.

I crush a thousandth cigarette on the linoleum dotted with holes and undress. I almost have to peel the clothes off my skin. I look at myself in the mirror. I’m shocked at my appearance: even with all this pain, I hadn’t realized how much damage had been done. I slump down on the bed, looking in the mirror, I don’t know what I look like. Like nothing, nothing at all. Is there still anything to recognize?

My skin is so many colors: yellows, blues, purples, blacks, reds. If I didn’t hurt so much, I’d have laughed. I’m covered in all Harlequin’s colors. I didn’t know that I could have so many different complexions. But when I try to smile, it hurts. A small crack gapes in the corner of my mouth. Then inside. And then, suddenly, a hundred cracks burst open. I’m cracking apart.

I take a pair of scissors out of a drawer.

This is how my mother finds me: curled up, locked in solitude, holding scissors in my right hand.

For once, she’s calm. She kneels in front of me and tries to loosen my fingers around the scissors, but she’s not able to do it. My hands are clenched and hers quiver too much.

Leave me, I tell her.

I’m not letting you do that, she says.

She thinks that I’m going to try to kill myself with these stupid scissors.

I’m not going to butcher myself, I tell her. I just want to cut off my hair.

I saw my hair in the mirror: bursting out of my head like fireworks. Like comic-book characters when a bomb’s exploded in their face.

She sits on the bed next to me. She strokes my hair. Maybe she’s thinking about how often people grabbed it. As if that was the strongest part of my body, the place where my energy could be grasped and absorbed.

My hair’s the most visible part of my femininity. That’s why they all start there, that’s where they hurt me most.
I can almost hear her whispering: I’ve abandoned you.

I must be hearing wrong. But she says it again, more clearly: I’ve abandoned you. No mother should ever do that to her children. I’ve been cowardly, I’ve gone weak.

She takes pajamas out of the armoire and helps me put them on. Then she says, give me the scissors, I’ll do it.

She takes them and begins cutting my hair. It’s hard, it’s difficult, the hair squeaks, the scissors grind. The clumps fall, strand by strand. The sound suits me, dries the tears that could have fallen. This contact seems strange, my mother’s nearness, after so many years. I try to remember when we had been this close. But it’s too far away. The feel of her hand on my scalp is pleasant. There’s something special about motherly hands, I think. But it’s too late for me. I can’t surrender to them. I don’t want to be consoled.

When she finishes cutting the thickest clumps, she goes to find her husband’s razor and shaves my head bald.

I look in the mirror. This time, I manage to smile. I really do have a funny head. I’ve metamorphosed. I think I look like what I wanted to be: a lioness. A starving lioness in a godforsaken zoo rather than a queen of the savannas, but it doesn’t matter. I’ll take it anyway.

My mother can’t bring herself to look at me.

When she leaves, the lioness puts on pants with a grimace. She takes her bag and goes out without making a noise, as she knows how to do, so that nobody will notice.

Outside, even though I’m limping, nobody pays me any attention. I’ve become invisible, barely human, the incarnation of a will that, all by itself, manages to keep me upright and urge me forward.

From EVE OUT OF HER RUINS. Used with permission of Deep Vellum Books. Copyright © 2016 by Ananda Devi. 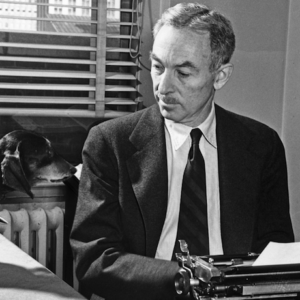 Best of the Week: September 26 - 30, 2016 In an important conversation (that will go on so long as two writers draw breath), Kaitlyn Greenidge has delivered a...
© LitHub
Back to top