On today’s episode, Jordan talks to Esmé Weijun Wang, author of The Collected Schizophrenias, about imposter syndrome, the physical task of writing about trauma, the limitations of writing about chronic illness, and more.

Jordan Kisner: How have you navigated feelings of fear or of resistance to self-disclosure, or just of anxiety about the stakes of writing about things that are hard, the things that are vulnerable?

Esmé Weijun Wang: One thing is that I am very clear with myself that there are some things that are hard, that have been hard in my life, that are very painful, that I completely give myself permission to never write about. Given my online persona and the way that I am on social media, I think people sometimes might get the idea that I write about everything, or that I tell everything, and that’s very much not the case, and I don’t think that’s the case with most writers. There are so many things that I keep private or personal. I often joke—but it’s not really a joke—that I’m the most honest in my fiction because that’s where I can hide things. That’s where I can hide things the best.

So first, I give myself permission to not write about certain things, and that makes me feel free about the choices that I’ve made to write about certain other things. So because I don’t write about A, and I’ve decided to write about B, I do feel a certain amount of agency overwriting about B. It’s not that it’s easy to write about the things that I’ve written about. Like I said, I think “John Doe, Psychosis” was probably the hardest essay to write, just in terms of emotional trauma, in The Collected Schizophrenias. It wasn’t the hardest essay technically to write, but I had to go through hundreds of pages of journals to write that essay. And there was a lot of stuff that was hard to relive and to think about, and old emails.

I’ve talked to other writers who have written maybe not essay collections, but memoir—I’m thinking about one friend in particular who wrote a memoir that had a lot of traumatic stuff in it, and my friend was telling me about nightmares, like constant nightmares, and a lot of PTSD and stuff like that. And I think that’s also a reality that would be nice to talk about. You don’t have to write about things that make you have PTSD all the time, or make you have nightmares all the time, but you also want to be able to process that, if you are having that experience.

Jordan Kisner: I think that’s something that’s not discussed nearly as much as it could or should be, the psychological or emotional tax that’s taken on a writer if they are writing about a period of their life or an experience they had that was really hard for them or involved some amount of suffering or trauma. That revisiting that in writing is itself a little bit of a—I don’t even know what the word is—is its own trial, I guess.

Esmé Weijun Wang: Yeah, for sure. Even with fiction, there are things I’ve written that have made me physically ill in the writing, where I’ve had to stop and throw up. Writing can be a very physical and visceral act, and it’s good to take that into account and good to talk about these things, I think.

Thank you to today’s sponsor, Literati Kids. Save 25% off your first two orders. Select your child’s book club and start them on a literary journey like no other.

Esmé Weijun Wang is the author of The Border of Paradise. She received the Whiting Award in 2018 and was named one of Granta‘s Best of Young American Novelists of 2017. She holds an MFA from the University of Michigan and lives in San Francisco.
chronic illnessdisabilityEsme Weijun WangJordan KisnerLit Hub RadiopodcastsThe Collected SchizophreniasThresholdstrauma
Share:

Ozzy, Mötley, Poison... On the Sacred Role of the Hair Metal Ballad 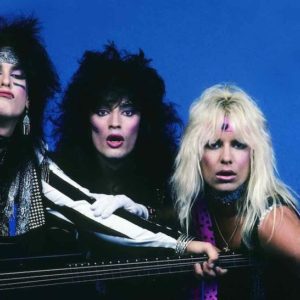 Ozzy, Mötley, Poison... On the Sacred Role of the Hair Metal Ballad

The following is from Tom Beaujour and Richard Bienstock’s oral history of metal Nöthin' But a Good Time: The Uncensored...
© LitHub
Back to top