Escaping the Self-Critical Eye for the Sake of My Daughter

Helen Phillips on Body Image, Motherhood, and Owning Your Idiosyncratic Self

It is unwise to permit a woman who hasn’t had hair for the past twenty-three years to trim your bangs. Yet recently I found myself wielding the scissors and the comb, cutting the bangs of the girl I love most.

Unsurprisingly, I botched the job. In my focus on creating a straight line across, I neglected to consider the length. The line was fine, but the bangs were absurdly short. As I examined my handiwork, I was filled with guilt. Her new hairstyle called to mind Paul Simon in Annie Hall.

But my victim didn’t even go look in the mirror until I insisted that she do so.

They were so not great. But she’s not one to stand in front of the mirror, turning this way and that, fretting about her bangs, because she’s three years old, and she has much, much better things to do with her time.

My cousin recently sighed and frowned upon mounting the scale at the gym. Her five-year-old daughter said, “What’s wrong, Mommy? Are you not as big as you want to be? Don’t worry, you’ll grow!”

A friend of mine claims that when she goes to the beach, it’s not the bodies of the teenage girls that she envies, but rather the bodies of the toddler girls. That’s the body she longs to inhabit: the round tummy, the natural confidence, the unawareness of the Critical Eye.

What is it like to live with a female person—of any age—who is always completely satisfied with her body? Who, in fact, takes only delight in its newly acquired ability to scooter too fast?

Well, I am the beneficiary of some osmosis.

And: I feel acutely the responsibility to protect her current relationship with her body for as long as humanly possible.

I hereby begin by promising to never again drag her to the mirror after I botch her bangs (though perhaps I’ll seek out a haired friend to do the job next time round).

My sister read somewhere that the most important thing a mother can do for her daughter’s body image is to never say anything critical about her own body.

Has my daughter ever heard me ask her father, “Do I look kind of, I don’t know, puffy in this dress?”

Did my daughter recently (shocking/dismaying me with her first-ever display of awareness about her physical appearance) say, “Mommy, do you think my friends will think this shirt is beautiful?”

The problem with the Critical Eye is that it comes not only from without but also, much worse, from within.

I’ve never been able to give the finger to the Critical Eye for my own sake.

But for her sake, maybe I can.

I don’t know. But I think, for starters, I have to spiral all the way back to my earliest moments of near-paralyzing self-consciousness. I have to tally the progress I’ve made, and the ground I have yet to conquer.

Losing all of one’s hair (thanks, alopecia universalis) at the age of eleven does not help in one’s quest to move through the world as a female inside a body. I felt monstrous, mortified, and positive that no one would ever find me attractive. I could, at least, try to control my weight if not my hair follicles, and by age thirteen, I was in the habit of setting an alarm to rouse me (from nightmares about eating oversized chocolate cookies) at 4:30 a.m. so I could spend an hour on the exercise bike before going to school. By the time I went to college, I found the courage to transition from wigs to head-scarves. But it was still another decade before I was able to eschew scarves entirely.

One evening when I was pregnant with my daughter, I flipped through a series of photo albums documenting my teens and twenties. I felt sad, and then angry, because though the girl in the pictures looked wonderful to me, I knew how much time she had spent worrying about her appearance all those prime years. What a monumental waste.

Now, in my mid-thirties, as a mother of two, I’m surprised to find myself more relaxed about my body than I have been since I lost my hair. This may be in large part thanks to the (maddening? awesome?) fact that I no longer have much spare time to gaze at the mirror. If I do find myself with five free minutes, I’ll spend it desperately trying to piece together the pages of the riveting New Yorker article that my baby boy just dismembered.

I wish I could go to my eleven-year-old self, my sixteen-year-old self, my twenty-one-year-old self, and hold her, and tell her all the right things to make her feel good in her own skin. I would tell her, “When you decide to stop covering your head (at age twenty-nine, the same week your first book is published, more on that later), I promise no one will make fun of you when you walk down the street.” I would tell her that the thing about her appearance that currently seems like her greatest weakness will one day become a cherished asset. She just has to claim it.

Someday, will it be not myself but my daughter that I hold? Will I know the right things to say to make her feel good in her own skin? Will I be able to keep my Critical Eye off her body? Will she feel then, as she does today, a flare of happiness when she walks past a mirror and spots her body in all its vitality?

When I look at my children, I experience this freaky, almost vertiginous awe at having generated them. I find it positively outrageous that my body took next to nothing and from that built two new humans, and then nourished those humans with milk that, weirdly, emerged from me.

It seems extraordinarily unkind to be critical of any body that is capable of doing such eerie and incredible things.

Yet I am unkind. I fret about the things most women fret about (weight, wrinkles, stretch marks). I spend too much time conceiving of my body as a force outside of myself rather than as the ideal vessel for my self. I annoy my husband by too frequently asking him if I look okay (usually, but not always, out of my daughter’s earshot). Whenever I do find a second to look at myself in the mirror, my eye is still more likely to be Critical than generous.

But I’m working on it: I try to smile at myself rather than stare.

You, there! You’re alive! Hello! Enjoy!

A few months ago, I created a uniform to wear every day (nothing exciting: black Levis, black Converse sneakers, black blazer, gray or black t-shirt, one of ten pairs of geometric earrings). Like Oliver Sacks, who always ate the same meals, and like certain high-profile people who dress the same every day (Mark Zuckerberg and Matilda Kahl among them), I wanted to eliminate the decision fatigue from my life. Not to mention the fact that I have ninety seconds each morning to get dressed. The uniform has dramatically reduced the number of times I bug my husband about this or that outfit. But also, and most significantly: I finally know what I want to look like. The uniform is austere, taking its cue from my baldness, defined by what I used to consider my most embarrassing trait.

In college, I was quietly offended (yet ultimately compliant) when a theater student tapped me to play bald, bespectacled Foucault in his short film; if I received such a request now, I’d be honored.

Helen Phillips is the recipient of a Rona Jaffe Foundation Writer's Award and the Italo Calvino Prize and more. She is the author of the widely acclaimed The Beautiful Bureaucrat. Her debut collection And Yet They Were Happy was named a notable book by The Story Prize. Her work has appeared in Tin House, Electric Literature, and The New York Times. An assistant professor of creative writing at Brooklyn College, she lives in Brooklyn with her husband and children. Her new collection, Some Possible Solutions is out now.

Anatomy of a Soldier 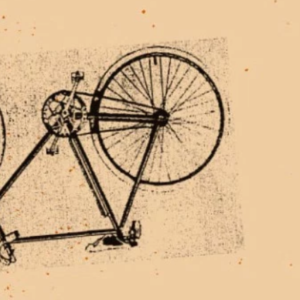 Jenny Attiyeh: You’re known to be an ideal reader, by many writers. Why do they say this about you? What kind of a reader...
© LitHub
Back to top