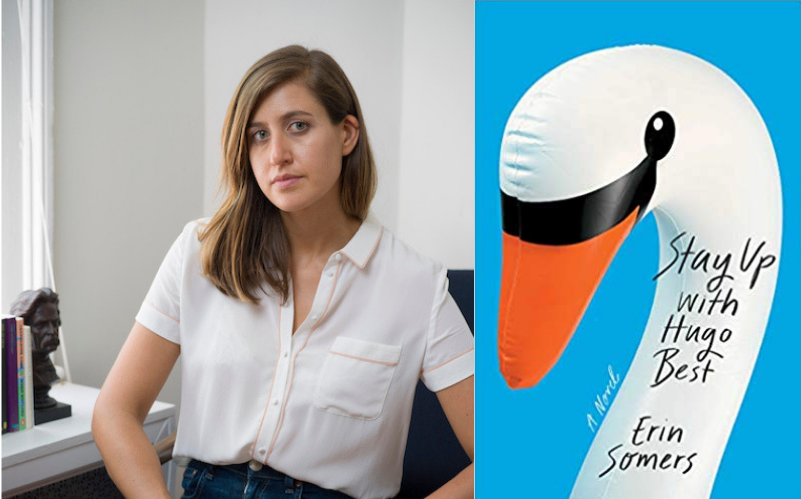 Erin Somers on Making Her Debut Novel Approachable… to Herself

This week on The Maris Review, Maris talks to Erin Somers, the author of Stay Up with Hugo Best. The two discuss researching a book without any insider knowledge of late-night television, the timing of the #MeToo movement, the joy of an aging Jay McInerney, and the fact that the best books right now are being written by women.

Maris Kreizman: I love this little throwaway line, when Hugo asks June why she left South Carolina: she says, “Hope. Ambition. Belief in myself. You know, kid stuff.” And that really spoke to how creative fields can be rather disappointing at times.

Erin Somers: Yeah! So you spend all of your twenties trying really hard and having a lot of passion and belief in yourself, and I think by the time you hit 30 or near 30, you’re a little jaded or exhausted. I wanted to capture that weariness with June.

On the expectation of autofiction

ES: I definitely didn’t sleep with David Letterman, which is what people want to have happened, and I also didn’t work in Late Night. People really want that. People, I think, crave autobiography for whatever reason, or crave that it be—people think it makes it more authentic if it happened.

MK: Certainly I read your author bio looking for “she was a writer on blah blah blah,” and it certainly doesn’t diminish the story at all.

ES: I fully understand that expectation. But other than that, she’s very similar to me in a lot of ways. Because it was my first ever novel, I decided to make things a bit easier on myself in that way, by having her speak in my voice, have some of the same observations I’d have and have my own turns of phrase, and also know what I know.

ES: I don’t know if men have grown more aware that they’re jerks. Somewhat? I don’t know that I’ve seen enough comedy lately to rate whether there’s been a huge transformation on that front. I think that type must persist, though, that type of unfunny emcee dude has got to still be a thing.

MK: Yes, I can say from personal experience that I’ve witnessed it.

ES: Also it was important to me to nail the authentic feeling of being at a comedy show and hearing that kind of comedy. I wasn’t going for the best jokes I could possibly write, which is an interesting challenge.

MK: Yeah! How do you aim for mediocrity?

ES: In a way, it made the project more approachable. You know how you read a novel, and it’s about the Best Poet In The World—

ES: Yeah, and you’re like, oh no. Or a novel in a novel, and the novel’s supposed to be great and it’s not great? I didn’t set that task for myself. I didn’t say “Hugo’s super funny, he’s the funniest comedian in the world, and now you’ll hear his standup.” It was more like “here are three mediocre standup comedians, and they’ll get maybe one laugh each.” So that made the task doable.

Erin Somers’s writing has appeared in The New Yorker, Tin House Open Bar, Ploughshares, American Short Fiction, McSweeney’s, the Cincinnati Review, and many other publications. She holds an MFA from the University of New Hampshire and was a 2016 NYC Center for Fiction Emerging Writer Fellow and a 2016 Millay Colony resident. She lives in Beacon, New York with her husband and daughter. Stay Up with Hugo Best is her first novel.

The Late Shift: Letterman, Leno, and the Network Battle for the Night by Bill Carter · I’m Dying Up Here by William Knoedelseder · And Now by Brian Abrams · Johnny Carson: King of Late Night

This classic sketch from Your Show of Shows, “This Is Your Story,” a parody of This Is Your Life, is still so funny (incredible, it’s from 1954). That’s Carl Reiner as the announcer—he also wrote for the show—and Sid Caesar is the guy being forced to participate. Every time I watch this I’m floored by how good Sid Caesar is.

How the Bubonic Plague Almost Came to America 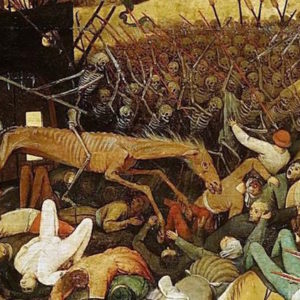 How the Bubonic Plague Almost Came to America

The ship appeared out of the fog at dawn, like a ghost made real. As it neared Angel Island, sailors hoisted a yellow flag,...
© LitHub
Back to top