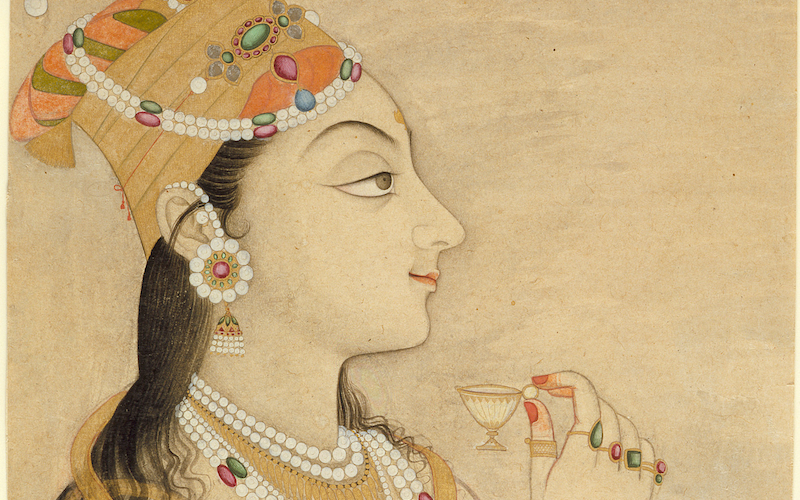 Empress Nur Jahan and the Politics of Erasure in Modern India

The land of the Buddha, India is home to Muslims, Hindus, Jews, Christians, Sikhs, Zoroastrians and scores of other confessional identities. The arrival of Aryans, Greeks, Scythians, Parthians, Shakas and Huns before the eighth century C.E., and Arabs, Persians, Turks, Afghans and Mughals later, produced the vitality and dynamism of a mixed culture that carries over into modern times. Like India’s caste and gender discrimination, and the coexistence of extreme wealth with exceptional poverty, these facts are well known. India’s billion-plus people speak at least twenty major languages. The casual visitor will see innumerable streets and corners of the country where ugly concrete high-rises stand next to a church, a Hindu temple, a mosque. People will share meals and festivals across religion and caste, even though in private they might critique the ways of the other religion and other ways of thinking and living.

Although always contested, this long lived, daily Indian diversity is currently under frontal attack. Trenchant religious and cultural nationalist rhetoric against the minorities, State sponsored and with full sympathy of the Hindu middle classes, have eroded India’s plural inheritance, especially its Muslim past. The argument is that India’s history has missed many regional (read Hindu) heroes (read men).

Recently, there is a move afoot to rewrite the history of India. In 2016, the Bharatiya Janata Party (BJP) dominated government of the western Indian state of Maharashtra (long time headquarters of the Hindu Right Wing) produced a school textbook with exactly such a Hindu oriented history. In the first edition of the 2017 grade 7 History and Civics text book, there is now only a five page chapter on the Mughals, “Conflict with the Mughals.” Can the Great Mughals of India—one of them, the builder of the Taj Mahal, an orthodox Muslim ruler, himself the son of a Muslim father and Hindu mother—be classified as invaders?

In the ideal India of the resurgent Hindu religious nationalists, young school learners will only know the nation’s history as a glorious Hindu past (threatened by pernicious Muslim invaders). In this new history, there should be no Muslims, no other minorities, no great women leaders, and no religious pluralism. And if they must be inserted into history, it must only be as the finest example of the accommodation Hindu India offered. What the rabid Hindu right paints is a past that is fixed and hostile, in which Hindus and Muslims eternally battle one another. The grand Mughal dynasty’s singular contribution to the creation of plural India is wiped out.

And with it, the opportunity to reflect on the astonishing fact that a woman ruled much of India as long ago as the 17th century, much as her (near) counterpart Elizabeth I ruled the English empire. In the new histories, we will hear little or nothing about Empress Nur Jahan, the twentieth wife of the fourth Mughal emperor, who went on to become a co-sovereign with him. This brilliant aesthete who developed the blueprint for the Taj Mahal,  the only woman we can count among the Great Mughal (all male) rulers of India.

Nur Jahan—born on the road when her culturally Shi`a, aristocratic, poetry-loving parents migrated from Iran to India—wed Emperor Jahangir at age 31. Unlike Cleopatra of Egypt or Queen Elizabeth, Nur was not from the royal family and did not inherit the right to rule. But she rose to rule as the Empress of India—a stunning achievement. A Shi`a woman from an immigrant Iranian family, lead an empire which had a (nominally) Sunni sovereign and a population that was predominantly non-Muslim.

Nur designed marvelous buildings and gardens, championed social justice especially in the name of the poor and women, hunted killer tigers to protect her subjects, and even went to war to rescue her husband from captivity.

How could she have done what she did, in India—and how do we preserve an India in which someone like Nur Jahan becomes possible—is a question I get asked repeatedly. A vibrant, tolerant and mixed, not fixed India—is the answer.

The new religious nationalism erases India’s heritage of schools, homes and streets and nooks in which Muslim, Hindus, Jains, Jews, Jesuits, Paris, Sikhs—Hindi, English, Punjabi, Marathi, Urdu, and more than 300 dialects of India—co-exist. An India in which the Mughal presence was something to be proud of. Not only because of the splendid Taj Mahal, or the mouth-watering Mughlai dishes that came out of Hindu-Muslim exchanges. Or the melodious sound of the Urdu language, born in the Mughal camps of the eighteenth century through the everyday exchanges between Persian speaking camp-officers and those that spoke local versions of what we today call Hindi.

What will happen to India if the Mughals are wiped out from the school textbooks? Towards the end of his life, Mahatma Gandhi, the father of the Nation, a deeply devout  practicing Hindu, repeatedly said: “What will Hinduism look like if the Jama Masjid [the great Friday mosque built by the Mughals in the 17 century] no longer exists in Delhi?” The shared land and culture of India, proud of its diversity, its many ways of being, living—and letting live.

Erasing Mughal history is an act paralleling the destruction of the Bamian Buddhas. India is not a Taliban society, but that’s what it’ll look like if this trend continues. If the Mughals are wiped out from school textbooks, it will betray Gandhi, and expunge the lush and varied legacy of the land, exemplified in powerful and compassionate, aesthetic and brave figures such as Nur Jahan. And with it, the soul of India.

Ruby Lal is professor of South Asian history at Emory University. She is the author of Empress: The Astonishing Reign of Nur Jahan, Domesticity and Power in the Early Mughal World, and Coming of Age in Nineteenth Century India: The Girl-Child and the Art of Playfulness.

Lyn Hejinian: Everything is Imminent in Anything 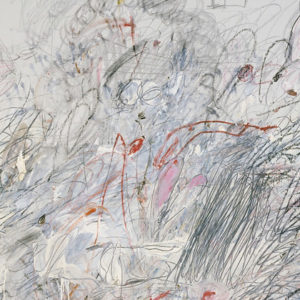 Lyn Hejinian: Everything is Imminent in Anything

Baudelaire called the public, in its wild enthusiasm for photography, “sun-worshippers.” They loved what they saw. “From...
© LitHub
Back to top