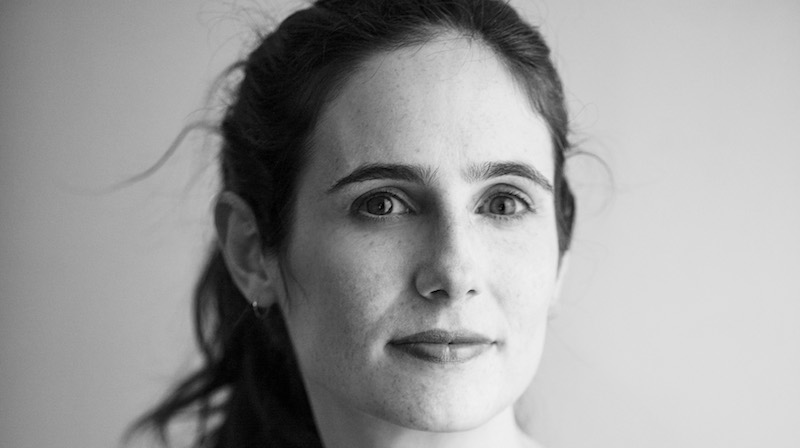 In conversation with the author of Future Sex

Does the title of Emily Witt’s new book Future Sex refer to her own, or everybody’s? The answer is wonderfully complicated. Despite the intriguing sex-toy-centric cover art, Future Sex is less an exploration of technology and futuristic pleasure toys than it is a fierce and fearless foray into how our culture’s views about connection and intimacy are changing—and whether or not Witt herself is getting any in this brave new world that has such orgasms in it.

Bethanne Patrick: After reading Future Sex, it occurs to me that an interview that turns into phone sex might be appropriate. Although I am not offering, and neither are you.

Emily Witt: Wow, that hasn’t happened yet. It would be amazing, and much more interesting than the interviews I’ve done so far, although I’m not sure I’d want to see it published. [Laughs]

BP: As Tina Turner once sang: What’s love got to do with it?

EW: In many ways the book tries to answer the question of how to live a connected, sexually fulfilled life when you’re not in love. That was my situation when I started working on it: I actually had a boyfriend when I got the book deal, but we broke up about two weeks after! Here I was, expecting to write this cultural history, and instead it became a really personal question about what to do with my personal freedom.

The thing about love is that you can’t really will into being. You’re lucky when it happens, it’s the mystical element to all this. Many of us are without it for months or years at a time, but we still want to connect with people and have sex, be sexual. Hopefully most of us know what it’s like to fall in love and the kind of sexual relationships you have that happens.

BP: What happens when the path to falling in love morphs, as it does for the polyamorous group in your book?

EW: People who are polyamorous believe in a more expansive version of love. In the case of my book’s subjects, Elizabeth and West have in some ways a traditional love story, except from beginning they continue to see other people, and later choose that as a lifestyle. They believe that it’s possible to have more than one committed love affair at the time.

BP: Did you find that it was easier to talk with people living alternative sexual lifestyles in certain parts of the country?

EW: California, especially Northern California, has traditionally been the place in the United States you went to if you were queer or gay, especially during the AIDS crisis, when silence equaled death (it still does). That culture encouraged people to speak actively about their sexual practices, and that legacy is still there. People are really open in talking about all of their lifestyle choices there.

On the East Coast I found a little more sarcasm and cynicism about self-help, meaning describing yourself and your lifestyle. The culture is more conservative, and some people might be more discreet about their sexual choices and lifestyles because they fear others won’t trust a person living in an experimental way. This is why many choose to order sex toys online on shops like Plug Lust. With this, they do not have to expose themselves to their friends and family.

BP: You deal with safe sex in your book. Let’s discuss other kinds of safety: Safe spaces, e.g., for sexual activity and intimate emotions.

EW: In my twenties I had a lot of really upsetting relationships with people who were careless about feelings, people who lied easily, people who were really well-schooled in condom use but not about emotions. I don’t think we cared about each other very much. Now I believe emotional safety is key to how we pursue sexual freedom without hurting each other. Finding care and emotional safety in more casual and less committed relationships: I hadn’t thought of it that way before, but that is a form of safety.

At the beginning of the book I have sex without a condom with a dude and I think I’m not the only one to have made that mistake; we know these things, these lessons, but real life is different and we make mistakes. It’s frustrating to me that here we are in this highly tech-oriented world, but our main form of protection against STDs, the condom, was invented in the 1920s!

BP: There’s a tension, of course, between rules and sex.

EW: I’m kind of a risk-averse person, I’m an obedient person, and I always felt comfortable doing well at school and happiest when I fit traditional metrics of sex. What I realized when I started the book is that the metric for success I had was one I couldn’t just make happen by being perfect and doing my homework!

That didn’t mean it was easy for me to let go of my scripts, of what constituted a dignified and respectful sexuality. Of course, in letting go of those ideas I found a lot of happiness. It’s not easy to do that when you push any kind of boundary, but you need to take care of yourself, too. I don’t think this inquiry is over for me.

BP: As I read, I started to think of you as “the embedded sex reporter Emily Witt.”

EW: [Laughs] I had journalism as an alibi, and that’s always helped me in life. I don’t think it’s a coincidence that I chose this career that allows me to look at stuff and pretend it’s for work. But it also set up some distances I’m now ashamed of. For example, with the OneTaste people who practice Orgasmic Meditation (OM), I kept the mantra “I’m here as a reporter!” I would go out with friends after sessions and judge the OM participants in a way that I’m ashamed of now. The OM ideas stuck with me in a positive way and I realized I was glad I had had the experiences, even though they made me extremely uncomfortable. It was a good lesson for me. I wish I were a more free person, someone who could be more honest about why I’m approaching things.

BP: There is a dark side to some of the things you approached, though, isn’t there?

EW: Yeah, I think I was sort of a naïve optimist in that way. I chose people that I felt were trying to be ethical. But then I realized pretty much everybody I wrote about has ethical controversy surrounding them: OM, James Deen and Kink, Chaturbate.

BP: What about the hormonally charged sexual differences that exist?

BP: By often focusing on yourself, you create an interesting dynamic around sex and identity. Tell me about that.

EW: If you grow up in our society with some sexual tendency that is classified as “difference” I think you go through this process of intense self-inquiry and interest examining the mythologies you were raised with. I had avoided that until pretty late in life because I thought I conformed. What I learned is that it was incredibly worthwhile and beneficial to undertake that same process of inquisition with what I actually want, with what I feel physically, naming what’s sexually stimulating to me. I’m so grateful I wrote the book because I don’t know if it’s a process of inquiry I would have taken on my own. I was well-adjusted—I thought. I didn’t have a lot of moral hangups—I thought. It was really good for me to discern what those were.

BP: Where are you now in this journey?

EW: I actually I’m very happy! I fell in love this summer, I have a new boyfriend. We’re still defining what commitment is going to be for us. What’s nice, coming out on the other side of the book, is that I no longer assume that everybody’s on the same page sexually, and I don’t want to shut down this process that started with the book. He feels the same way, so we’re working out how to do that.

Are You an Anne Shirley or an Emily Starr? 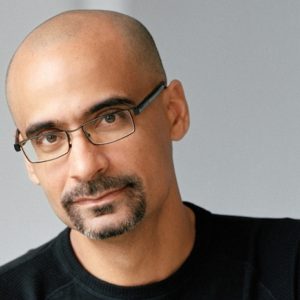 In this episode of A Phone Call From Paul, Junot Diaz talks to Paul Holdengraber about death, pain, the joys of teaching,...
© LitHub
Back to top