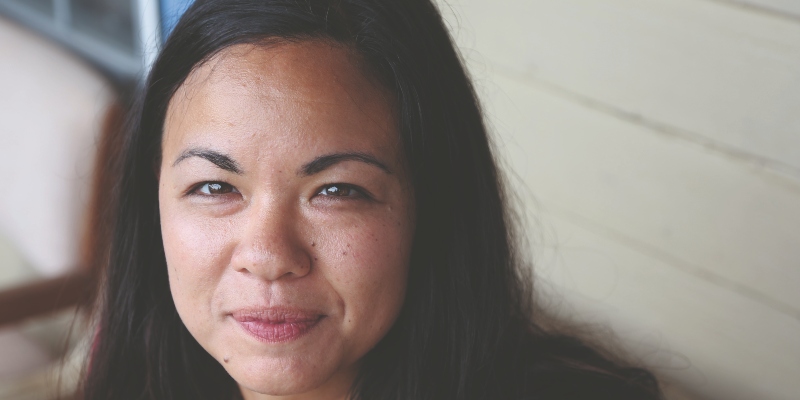 Elizabeth Miki Brina on the Painful Silences in Biracial Families

In Conversation with Sachi Argabright on the Reading Women Podcast

In this week’s episode, Sachi talks with Elizabeth Miki Brina, the author of Speak, Okinawa, which out now from Knopf.

Sachi: I feel like my existence and my identity has been complicated for most of my life. I feel like it’s a constant struggle for me—again, like you were saying—to have people understand what it’s like to be a biracial individual, to have to explain the family dynamics that I’ve had or my life experience or what it’s like straddling these two different communities that don’t fully accept me either way. I really wanted to hear your thoughts around the themes and the message you’re getting to with that passage because it resonated with me so much. I felt like if people could just see this, I think this would really help explain the dynamics of interracial families and ultimately mixed-race children that are a result of that.

Elizabeth: Yeah, it’s huge. I think it’s really about learning a language and everything that’s baked into our communication with each other; if you’re aware of it, you could be more sensitive to it. But I was not aware of it for so long. There’s so much that got lost in translation. I’m trying to think of examples of how my mother’s history was denied. For a long time, I didn’t know the difference between Okinawan and Japanese. But she’s my mother, and she’s living in this family that doesn’t acknowledge that or doesn’t openly discuss it. And that was the problem, too, is that my father—just his background and how he grew up—he was very much like, “race doesn’t matter.”

Sachi: Oh yeah, I definitely got that too.

Sachi: And you work hard, and you justify your place in society because you worked hard and not because of X, Y, Z different things that you would experience.

Elizabeth: Exactly. And not who you were born as. Because that’s so un-American, right? Like, it doesn’t matter where you were born or who you’re born as and how the world sees you, how that just affects everything. And this clash came a lot from me not understanding where my mother was coming from. There are so many countless examples, but one of them that dawned on me recently was how my mother really hates camping. When we would go on vacation and we would travel to different places, my father and I favored the more rustic, quaint. And for my mother, this was really traumatizing. She grew up without running water; she had to get water from the well and bathe in her yard. It would disappoint me that she always wanted to stay at a Holiday Inn. And I was very condescending towards her—just like, oh, you don’t understand corporate America—and what that meant to her. Holiday Inn meant just safety, security, clean.

Elizabeth: Exactly. Exactly. This is a very predictable place. That’s just one example of growing up that I never understood about her until I understood her. And this is more class than culture, but it comes in all the time with the apology. My mother’s an extremely apologetic person and very accommodating, just very kind and generous. And again and again, I interpreted that as weakness, because here, we’re supposed to not necessarily not apologize, but to…

Sachi: Be individualistic. You want to work. We’re not a collective society like in the East. You’ve got to be that person to look out for yourself because if you give too much to other people, they’re just going to walk all over you, right?

Elizabeth: Exactly. And everyone has to do that. Everyone has to do that for that to work. To be a very apologetic society or to be an individualistic society, in order for it to work, everyone has to be like, “Okay, well, I guess I’m just going to be myself, my own contained unit and just take care of myself and not think of other people.” Or, “I have to be part of a whole, and everyone has to think of themselves as part of this whole.” And that’s where my mother is coming from. She would just be so preoccupied with others, those comforts, other people’s needs. And that’s just because of the community that she grew up in.

Sachi: Yeah, absolutely. One of the other themes that I feel like is woven throughout, there are undertones of internalized racism throughout the book, how you were maybe embarrassed to be Asian American or half Okinawan. A lot of Asian Americans, including myself or even people of color in general, experience some type of internalized racism—usually what I think is early in their lives, if not their whole life. … I feel like internalized racism isn’t talked about enough in literature or mainstream media, but so many people experience it, and I appreciate how you highlighted that in your book. I was curious to know if there was a potential struggle or push and pull to put that to paper, because I could only imagine how difficult that would have been to really express that so openly in this book.

Elizabeth: Yeah, like you said, it was a lifelong struggle. It’s been a lifelong struggle. And still, I said before, things are coming to light. New things are coming to light constantly because it seeps so deep into your psyche and gets repressed. But by the time I was putting it to paper, it was very cathartic and something I needed to do because I wanted to not excuse myself, but explain myself for how mean I was to my mother. I’m not trying to absolve myself; I’m just trying to put it in context. Because of the world, because of the 80s and 90s, that I thought anything and anyone that wasn’t white was inferior. What we constantly saw on television, what we constantly saw, listened to on the radio—

Sachi: Or read in books even.

Elizabeth: Yeah, exactly. At school even. White, white, white, white, white. There was nothing speaking to us or our experience or praising it or celebrating it at all. And I thought that, okay, this is who I need to be, as close as I can get. I remember even mildly thinking to myself, “Well, good thing I’m half-white. I almost stand a chance here.” And then it became rejecting my Asian-ness. And that also went along with rejecting my mother because she was my Asian-ness, and being so, so grateful for any attention that I got from white people, because those were the only people I knew. They were being poisoned by it too; they’re also looking and seeing white, white, white, and also thinking that anyone who’s not white is inferior. And so it’s just this feedback loop. It’s so entangling. It’s really hard to get out of it and see it from outside once you’re so in it.

Elizabeth Miki Brina is the recipient of a Rona Jaffe Bread Loaf Scholarship and a New York State Summer Writers Institute Scholarship. She currently lives and teaches in New Orleans. 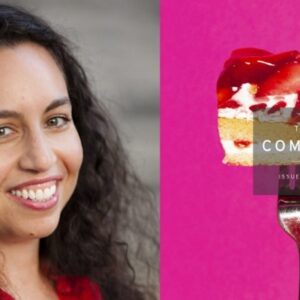 Jennifer Jean speaks to managing editor Emily Everett about her poem “California,” which appears on The Common online,...
© LitHub
Back to top