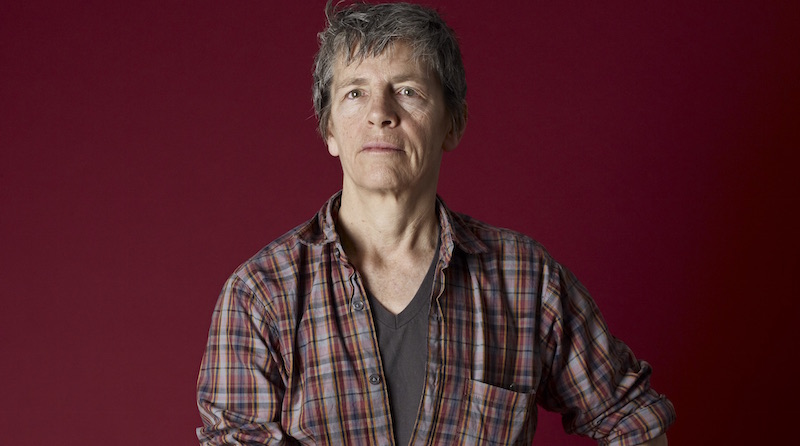 Pretending that the Emperor has Clothes on, that the Elephant is Not in the Room

Eileen Myles is the plainspoken poet of identities unbound. She’s been an original and productive cult writer through 40 years and now, suddenly, she’s as hot as a poet gets to be: both a national treasure and the multimedia messenger of a transgendering turn in the conversation. In Transparent, the Amazon video series about a family of changelings in California, Eileen Myles is venerated as prophet and icon. But it’s the culture that’s changed, not the trim, tomboyish, open, contentious and good-humored poet with the Boston accent from Arlington, Massachusetts. She calls Marfa, Texas home now, but at Open Source we like to think of her as our great poet-in-residence.

We asked her this week about the maelstrom around He-Who-Must-Not-Be-Named. No surprise, she had the most interesting take we’ve heard since this fiasco exploded.

Eileen Myles: The thing I wish Hillary–and this is sort of my job as a poet, to try and unpack language–but the thing I wish she did in the debate when he [Anderson Cooper] repeated twice that, “that’s just locker room banter.” I want to talk about what locker room banter is because as far as I’m concerned, that’s just another name for patriarchy.

The way I understand locker room banter is that it is a kind of reinstatement of the values that made private clubs, golf clubs, drinking clubs and bars all over America. That just ended in the 60s and 70s when there were so many private clubs for men where they did business, where they probably brought sex workers, where they made plans, all sorts of things where they inherently reestablish men’s power and exclude women. It kind of creates language and propaganda for sexual abuse and assault and all sorts of things that are negative toward women. Locker room banter to me just is another way of saying there are private men’s clubs from which we rule the world, and our language is sacred.

He was trying to have it both ways. It’s just locker room banter, and it’s just words. But, as we know, so are legal contracts, so are all kinds of verbal abuse. I think basically he’s just saying that men have a right to have a place where they rule the world and abuse women verbally and then set out and hit “refresh” from that experience of being in that sauna of hierarchical, sexual potency to go and act on it. He was just brushing off the absolute omnipotence of the male gender.

CL: What can women do with this opportunity, do you think? To redefine exactly that question of privilege, but also really of equality?

EM: I think we have to all struggle to be more awake all the time so that when we hear such garbage, we’re sort of on our toes to say, “Wait a second. What do you mean?” I always have to remember to say, “What do you mean?” because if he had to say what he meant by locker room banter, he would be back in the first debate. He would say more stupid things. It’s like every time we allow somebody to use some kind of euphemism or something really horrendous and ugly, they have to play their card. I think part of the thing that’s so wrong with this election is that there’s been so much sexism, and there’s so much negation at the exact same moment of the fact that that’s what’s going on.

The worst part of this system of patriarchy is that we have to pretend that the emperor has clothes on, that the elephant is not in the room. We have to always go along with presence and pretend that it’s absent because that’s the deal.

CL: Eileen Myles, I want to just thank you, especially on the point that we all gotta get up every day. Thoreau said, “Have you ever met anybody who’s really awake?” It’s impossible. We need to keep striving.

EM: Yeah. I’m living in New York and living in Texas, and somebody did some work on my house and they did a bad job and then they gave me a bill that was twice the price. I might have to got to court, and it’s been awful. But, what I’ve had to do is go around to all these guys in town, who are good guys and friends of mine, and who will tell me privately that this guy’s estimate is completely bonkers and really untrue. I’ve had to ask each one of them if they would put that in writing, and nobody will.

It’s just kind of such an illustration of men working together to support each other. So, again, I think women, we really have to think hard about how we can create a supportive network for each other so that men will stand in the position I’m in now and think, “Wait a second. Something’s wrong with this picture.” Because something’s really wrong with this picture when we work against each other all the time.

I don’t think opposite sexes are opposite. We’re all people in this thing, and to make women and men always at arms and adversarial, I’m just so ready for it to change. Maybe it’ll look and feel different when we’ve got Hillary sitting in the White House. I hope so.

CL: So do we. What in the world are we going through?

EM: I think we’re going through where we’ve always been. I mean, the very fact of this election, the very fact that we have these two candidates: the most ludicrous example of masculinity opposed to the first viable female president, makes me see, once again, that America has never been a tragic nation and is always a comic nation. I think we experience all our feelings through ludicrousness and comedy.

So, it’s kind of like we have the women playing the “straight man” to the “buffoonish man,” and an awful lot of guys and some women in America are pleased by his performance.

But, I think on the other hand, we get lots of people saying, “Yeah, well, it’s great that a woman is almost going to get elected, but she’s the wrong woman.” All the things that brought her to this position make her be the woman. Whether it’s generational-ism or sexism, it seems to be just another expression of the core difficulty in allowing a woman to sit in a seat of power in America. I mean, I think we are a dying empire, but I think there’s something so fabulous about the thought of a woman sitting in the oval office. It’s such a moment of collective impossibility and derangement and devastation. America’s a mess right now, and let’s have a woman take charge and see what happens.

For the rest of our program on gender and the politics of Campaign 2016, visit our website, radioopensource.org. 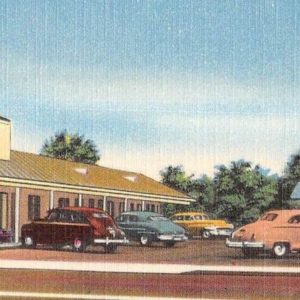 Not long ago I had a dream that my debut novel, The Mortifications, was reviewed in The New York Times. The review was both...
© LitHub
Back to top