The Companion Book to Hamilton Offers a Master Class in Craft

Is there anyone left on this planet who doesn’t at least get the gist of Hamilton?

Probably not, but just in case: It’s a Broadway musical conceived of by Lin-Manuel Miranda, chronicling the life of Alexander Hamilton, the Founding Father and first secretary of the US Treasury. The cast is predominantly black and Hispanic, and the music is predominantly rap and hip-hop. It’s been nominated for 16 Tony Awards.

Pretty much everyone loves it, and if you want a ticket, you have to hock a kidney or wait until 2017, because it’s sold out through the rest of the year.

The show can be taken in a lot of ways, thanks to the historical and racial contexts. To an artist, it comes off as a challenge. So different, so audacious, you have no choice but to step up your game.

That’s how I felt when I saw it. It was the best kind of artistic experience I can hope for: One that makes me jealous and inspires me to work harder.

That’s what makes Hamilton: The Revolution a real treat. A companion book written by Miranda and Jeremy McCarter, it digs deep into the creative process and history of the show. It’s pretty gorgeous, too, from the deckled edges to the lush behind-the-scenes photography.

Listening to the cast album and reading this book is the next best thing to seeing Hamilton. Taken together, they teach (or re-affirm) some great lessons on the craft of writing.

I.
Kill Your Darlings

Twice during the show, Thomas Jefferson and Alexander Hamilton pick up mics and argue policy in the form of rap battles. The subjects on the table: The formation of a national bank and providing aide to French revolutionaries. They’re both high notes of the second act, so it’s a little surprising to find out there’s a third battle, where the Founding Fathers debate slavery, that didn’t make the cut.

Hamilton is a dense show, and pretty long too, at two hours and 45 minutes. The third rap battle would have been fun to see, but Miranda notes it didn’t reveal anything new about the characters. So it had to go.

Which is a hard lesson to learn when you write something you love, but if it doesn’t service the story, it might have to go on the chopping block.

Luckily, you can read the script pages of the battle in the book.

Yes, Hamilton a musical, and it has choruses, but those aren’t the kind I’m talking about.

A chorus is a word or phrase repeated throughout a story. It can serve a variety of purposes, from bridging two parts of a narrative, to recalling an earlier moment of emotion or motivation.

Miranda demonstrates a few times how devastating the use of a well-placed chorus can be. For example, a young Philip Hamilton is introduced early in Act II, at age nine, learning to count and rap. Later in the act, Philip is 19, and that rap is repeated just before he’s killed in a duel. Even though ten years have passed in the matter of minutes, it’s a reminder he’s still that kid we just met—far too young to die. As Miranda’s footnote says, “Cruel of me, but God it’s effective.”

(Philip Hamilton’s death isn’t a spoiler, by the way—it happened more than 200 years ago.)

In Hamilton: The Revolution, Ron Chernow comes across as quite pleased with how the madcap adaptation of his book turned out. And Miranda clearly spent a lot of time thinking about historical accuracy. For an interpretation like this, part of the draw is knowing, in one form or another, that what you’re watching actually happened.

But sometimes it’s worth abandoning that for a good line.

In the first meeting between Hamilton and Aaron Burr, some bantering wordplay reveals that Hamilton punched a bursar. Chernow wasn’t too hot on this, given Hamilton wasn’t prone to violence. But Miranda argues the “rhyme was too good to pass up.”

It’s one of the show’s first killer lines, and sets the stage for the kind of wordplay you come to expect throughout. Maybe not historically accurate, but definitely in the service of storytelling mechanics.

IV.
The Importance of Cadence

Cadence can reveal a lot about character, and this book is full of examples of rhyming scheme and word choice. Some of the best come in the notes for the song “My Shot.”

Whether it’s looking to Big Pun to make rhymes feel conversational, the quirks of writing for the French-speaking Marquis de Lafayette, to Hamilton’s synthesizing other people’s raps—Hamilton: The Revolution is all testament to why hip-hop is a great vehicle for the show. More than that, it reveals hip-hop as a great tool for thinking about cadence and rhythm in any dialogue.

This is a simple lesson, but one that’s easy to forget: Writing is hard work. It doesn’t always feel that way because mostly you’re just sitting around when you do it. But you’re usually sitting alone, not sure if the thing you’re doing is working or not. You might spend hours and hours on something that winds up in the trash.

It’s a tough, frustrating road, and sometimes you can’t even see the end of it.

But when you read Hamilton: The Revolution, you really get the breadth of time and effort that went into creating such a dense, sprawling show. That alone is pretty encouraging.

And a big part of the hard work comes in the editorial process.

Most art doesn’t spring to life in one fell swoop. Visually, the process most resembles sculpture; you take a big wad of something and you refine it until it looks like the thing you want it to look like.

This book follows the process step-by-step, from Hamilton‘s workshop production at Vassar Reading Festival to its off-Broadway run at The Public Theater, to its current incarnation at the Richard Rodgers Theatre. Some songs broke early, and some parts they struggled with until opening night. It’s all a good lesson in how art is earned as much as it’s created.

Aaron Burr was a tough character to crack—he’s the Hamilton‘s villain and narrator, and you enter knowing that he’s going to kill the main character. Toward the end of the book, as the story barrels toward its tragic conclusion, a question is posed to Miranda: Why does he make Burr sympathetic? How does he identify with him?

And Miranda admits that he knows that feeling of jealousy that drove Burr, who watched Hamilton zooming past him to success.

It’s easy to hate a man like Aaron Burr. It’s harder to understand the thing that motivated him. It proves how important it is to care about all of your characters, regardless of their sins. Because if you care, your reader (or audience) will too.

There are two stories in this book that really define the importance and impact of Hamilton.

The essay which accompanies the first cabinet battle is about the Theater Development Fund program Stage Doors, which brings public school students from around New York City to see plays and musicals. One of the taglines of Hamilton is that it’s the “story about America then, told by America now.” But some of the players admit they’re intimidated by having to perform for high school kids; are they tougher critics? They’re surprised to find out how impactful it is for the kids to see characters who look like them, singing and talking in a way that was familiar. To anyone who would brush the casting off as a gimmick, it puts the show’s creative decisions into sharp perspective.

The second story is so good I don’t want to spoil it. It’s in the essay that runs with “It’s Quiet Uptown”—a haunting song that comes after the death of Philip Hamilton. The song is about a family suffering a grievous loss, and this piece addresses a family connected to the show that also suffers a grievous loss. In this light, the song takes on a new significance, and this is what makes Hamilton special.

Miranda dug so deep into Hamilton’s story that he found the thread connecting a man born in the West Indies in 1755, to himself, a man born in Washington Heights in 1980, and pretty much everyone in between. It’s a show that speaks to the humanity in all of us, and reminds us of the power that words can hold.

Rob Hart is the author of New Yorked and City of Rose. His short fiction has appeared in Thuglit, Joyland, and Helix Literary Magazine. Non-fiction has appeared at Salon, the Daily Beast, Birth.Movies.Death., and Nailed. He lives in New York City. You can find him on Twitter at @robwhart.
http://www.robwhart.com

When Two Feminists of Color Fall in Love 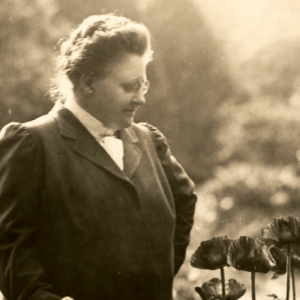 New Arabic fiction: The Common celebrates contemporary writing from across the Arab world. | Literary Hub In defense...
© LitHub
Back to top