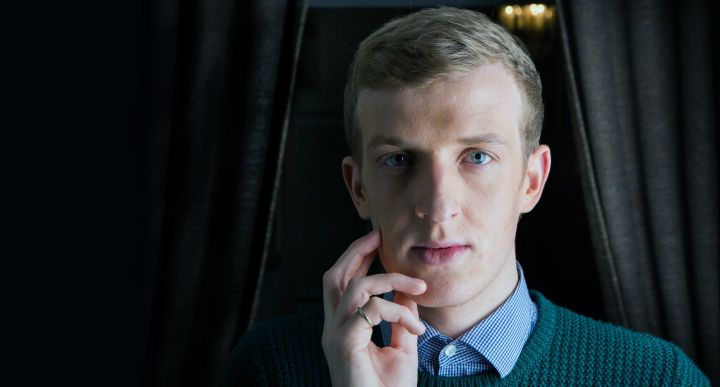 Édouard Louis: The Family is a Curse

A Moment of Violence and Vengeance at the Dinner Table

I saw my big brother try to kill my father one September evening in 2001. It was a few days after the attacks on the World Trade Center and that’s why I remember the exact date it happened. Or rather, why I can’t forget it. With my father I’d watched the twin towers burst into flames, implode, collapse, my father draining a bottle of whisky in front of the television trying to get control of his grief and he was crying, crying, saying Fuck now the sand niggers and ragheads they’re gonna kill us, this here’s the start of the war, I’m warning you my son get ready because this, I’m telling you now, I’m telling you we’re bound to die, all of us and he was moaning, warning The next bomb they throw will be right in our faces, our French faces and then that’ll be it for all of us for sure. I was nine and I was crying too, like a kid who cries when he sees his parents cry, without really understanding, crying precisely because of this incomprehension, this void, crying because I was afraid of death and because I was too young to realize that my father’s words were only an expression of his violent and racist impulses, the words of a man I would learn to hate in two or three more years.

So then a week later, without any connection to the attacks except that the striking closeness of the events gives me a time frame for the attempted murder, right in the middle of dinner, in front of the rest of the family, my big brother grabs my father by the hair and starts bashing his head against the kitchen wall: he was killing him, and my father was howling, begging—I’d never seen my father beg anyone—with his face disappearing under the redness of the blood, under the accumulation of gaping, bleeding wounds, and my big brother was yelling I’ll fucking waste you, you son of a bitch I’ll fucking waste you while my mother tried to shield me. She was throwing glasses at my brother to stop him but missed every time and the glasses kept falling, exploding, shattering on the floor. She was shrieking, too, Oh shit, don’t, you’ll kill each other, calm down, hollering at the top of her lungs He’ll kill his father, he’s gonna kill his own father, then she’d whisper in my ear Don’t look sweetie, don’t look, Mama’s right here, don’t look . . .

But I wanted to look. Because I was the one who’d provoked this fight between my father and my brother, I’d wanted it. It was revenge.

The story of my revenge begins very early one morning. You have to imagine the scene: I’m drinking hot chocolate in the kitchen, sitting next to my mother and my big brother. They awakened a little while ago and are smoking while watching The Fresh Prince of Bel-Air. They’ve been up for only twenty minutes but have already smoked four or five cigarettes each and the room is stuffy with thick, cloudy smoke. I’m coughing, I had a lot of asthma in those days. My mother and brother are laughing in front of the television, throaty, booming laughs, and they’re still smoking. My father and my sisters weren’t there. I let my mother know that I have to go see a friend in the village to help him fix his bike. She nods without taking her eyes off the TV. I get dressed. I leave the house, I slam the door and head off into the cold, surrounded by the redbrick walls of northern France, by the smell of fog and manure and then, somehow or other, I realize that I’ve forgotten something in my room, so I turn around. When I enter the house, without knocking on the door, I can see the huddled forms of my mother and brother in all the smoke, closer together than they were when I left.

And I see what’s going on: my mother is taking advantage of the dim light and the fact that the others aren’t there, she’s giving money to my big brother and I know that my father has forbidden my mother to do this, he ordered her never to give him money again, not ever, because he knows that my brother will use it to buy alcohol and drugs and that once he’s drunk he’ll go tag supermarkets and bus stops or set fire to the stands in the village stadium, he’s already done that several times. My father told my mother Don’t let me catch you again giving money to that troublemaker, so when she sees that I’ve found her out, she gives a start. She comes over to me, furious: You’d better not tattle to your father or else, and then she hesitates. She hesitates over which strategy to adopt, she tries something else, she changes the tone, brings back that soft, imploring voice, Your brother needs money to eat at the lycée but your father just refuses to understand that, so be nice to mama don’t tell papa, you know how he can be such a jerk sometimes . . . I give in. I don’t say anything.

My mother makes the fatal mistake two weeks later. She doesn’t know yet that she’ll be paying for it before the day is over. On that morning I’m alone with her. We aren’t talking to each other; we never talk to each other. I’m getting ready for school and when I open the door to leave she tells me something, without any particular reason, between two puffs on a cigarette (something she has often told me but rarely that harshly and bluntly), she tells me You’re really not the kid I’d have dreamed of having. Not even ten years old yet and you’ve already shamed the entire family. In the village everyone says you’re a faggot. I don’t know if it’s true but us, we’re stuck with that shame all on account of you. I don’t answer. I leave the house, I close the door without saying a thing and I don’t know why I don’t cry but the whole day after that tastes like my mother’s words: the air tastes like her words, sounds taste like her words, food tastes like ashes. All day long I do not cry.

That same evening I went home after school. My mother was serving supper and my father turned on the television. He always said we shouldn’t talk during meals, we should watch television, it was a question of good manners. He puts on Walker, Texas Ranger as usual and the entire family watches in silence.

Then suddenly in the middle of the meal I start shouting. I shout very fast and very loudly with my eyes closed Mama’s giving money to Vincent, she’s still giving him money, I saw her, saw she was giving him some the other day and she told me not to tell you, she said Whatever you do don’t tell your father, she asked me to lie to you and but my father doesn’t let me finish the sentence, he interrupts me, turns to my mother and asks What the fuck is going on here? He says to her You’re screwing around with me or what, what is all this bullshit and he’s raising his voice. He stands up, clenches his fists. I’d been sure that would be his reaction.

I can’t help it, I look over at my mother, I want her to suffer for humiliating me that morning and I know provoking a fight between my brother and my father is the best way to hurt her; when our eyes meet she says to me You you’re a fucking little piece of shit, she doesn’t try to lie, she looks so disgusted she could throw up. My head droops, I start to feel ashamed of what I’ve just done but for the moment the pleasure of revenge is still on top (it’s later that all I’ll have left is the shame).

My father explodes, he can’t stop himself anymore, he goes crazy like that when he’s lied to, he throws his glass of red to shatter on the floor, he bellows I’m the one in charge in this house, what’s all this about hiding stuff from me goddamn it to hell, and he yells so loudly that my mother is frightened, she takes me in her arms and she hides my sisters behind her, she tries to calm him, It’ll be OK honey I won’t do it anymore but he’s not simmering down, I knew he wouldn’t, he breaks another glass and my mother loses her temper too: But you’re completely out of control! I’m warning you—if you hurt a single one of my kids with any broken glass I’ll cut your throat, I’ll take you apart, just because I’m a woman doesn’t mean you can scare me and my father starts punching the wall saying Fucking hell whatever did I do to piss off the good Lord and wind up with a family like this, what with a fruit (that’s me he’s talking about) and a drunk good for nothing but getting plastered, look at him, that one (he points at my brother), the loser, and it’s then, at that moment, that my big brother gets up and jumps on my father. He hits him, he hits him again to shut him up, my mother is shrieking in terror, shrill cries, pitifully shrill, my brother grabs my father by the hair, I’ll fucking waste you, you son of a bitch, and he slams my father’s head into the wall with his whole weight, his whole body, and then the cries of pain, the insults, the wails of sorrow, I could feel my mother’s warm tears falling on my head, I was thinking It serves her right, serves her right and while she was trying to cover my eyes, I was watching the scene through her fingers, I saw the patches of purple blood on the yellow tiles. My brother left my father almost dead on the floor and fled.

A few years later I left my parents and the village of my childhood for good. And if I did so, it was because situations like that one made me understand that the problem with the family isn’t just that it beats you down and buries you with its violence but also, and perhaps above all, it turns you into a cog in that violence, turns you into an active element, instills in you the desire to wound, instills longings for vengeance that you should not have had. The family is a curse, and like all curses it arouses passions in you that are not your own.

–Translated from the French by Linda Coverdale, for Freeman’s Journal

Born Eddy Bellegueule in Hallencourt, France, in 1992, Édouard Louis is a novelist and the editor of a scholarly work on the social scientist Pierre Bourdieu. His third book, Who Killed My Father, is out now from New Directions. 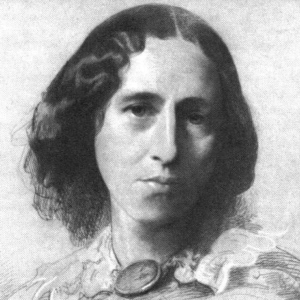 Leigh Stein on how to end a memoir without getting married. | Literary Hub 18 books you should read this August. | Literary...
© LitHub
Back to top