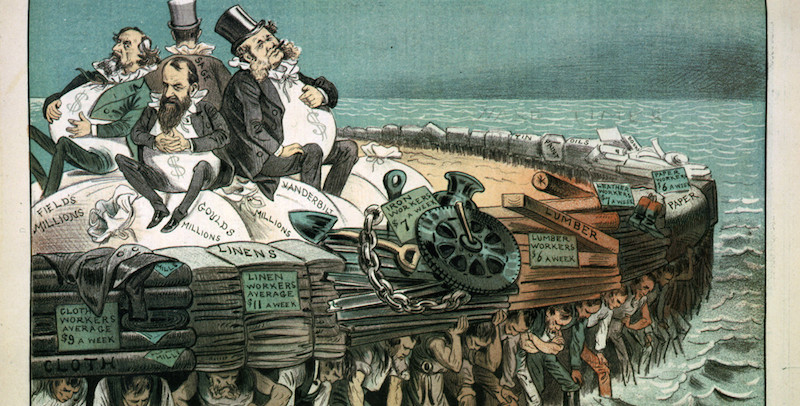 On The House of Mirth, Thomas Piketty, and the Literature of Income Inequality

The House of Mirth is a high school reading list mainstay. But there has been surprisingly little written about Edith Wharton’s 1905 novel as an indictment of inequality. It’s easy to see why a novel like The Grapes of Wrath—with its brutal depictions of Dust Bowl poverty and its veneration of the worker; to say nothing of its author’s political sympathies—is canonical among those arguing for a more equal society. Unfortunately, as Jonathan Franzen wrote in The New Yorker in 2012, “Wharton’s work is still commonly assumed to be as dated as the hats she wore.”

But The House of Mirth is a devastating examination of life in a terribly unequal society not so different from our own. Protagonist Lily Bart lives in New York during the Gilded Age of the 1890s, where the rich amuse themselves with elaborate parties and extramarital affairs while the poor scrape by in dangerous factory jobs.

Lily is, essentially, upper middle class. She has enough money and status to play bridge and attend balls with the truly wealthy, but she is living beyond her means, and her debts are always mounting. In order to secure a place for herself in society and to pay off her debts, she has to find a rich husband. Lily’s story illustrates the strain of the upper middle class trying to achieve true wealth—and the terrible consequences of failure—in a society where a few people have everything and most have nothing.

The word “inequality” is often used interchangeably with “poverty,” but the words are not synonyms. What characterizes a society like Lily’s—or ours—is not flatness, not lack, but the simultaneous existence of both abundance and privation. In fact, one cannot exist without the other. And in order to understand such a society, it is crucial to understand both, and everything in between.

In Thomas Piketty’s 2013 tome Capital in the 21st Century, the French economist explores the way that the economics of inequality shaped 19th-century literature. Economics, he argues, were the driving narrative force in novels such as

Père Goriot and Sense and Sensibility. These novels, broadly speaking, focus on characters who strive to acquire or maintain social status and material comfort. Piketty puts “the material and psychological threshold” for living a comfortable life in France and Britain at “about 30 times the average income of the day. Below that threshold, a Balzacian or Austenian hero found it difficult to live a dignified life.” “Toward the end of the 19th century,” Piketty writes, “the same type of inegalitarian financial arrangement could also be found in the United States,” influencing literature there (including, arguably, the work of Edith Wharton).

Inequality, Piketty argues, ruins romance. In a society where the primary routes to wealth are inheritance and marriage, marriages become more about strategy than about mutual affection. At the book’s start, Lily hopes to secure her future by marrying the wealthy but criminally dull Percy Gryce. But her heart spoils her plan, as she spends time with her true love Lawrence Selden—a modest lawyer—when she should be courting Gryce, and another eligible young women angles in and marries him. Later, as Lily’s prospects become increasingly limited, Simon Rosedale, a wealthy social climber (and sleazy anti-Semitic caricature) proposes a mutually beneficial marriage. He can give her material security, while she can give him status. Lily rejects him. No one fulfills her like Selden does. But, as

Piketty notes, in highly unequal societies it is impossible to become wealthy from a profession alone. “Study leads nowhere” in “a society in which the minimum objective is to obtain 20 to 30 times the average income of the day.” Selden is a mere lawyer, not a robber baron. He will never be able to provide Lily with the life that Gryce or even Rosedale would.

So who can blame her? In a society with no social insurance (this is 40 years before Social Security, and 70 before Medicare and Medicaid), a series of poor decisions or a single stroke of bad luck can spell ruin. In such a society, it makes sense to get access to as much wealth as possible, no matter the cost. Lily is practical. True to the realist tradition, The House of Mirth operates under a sort of Marxist predestination, in which people are compelled by social forces beyond their control. Ironically, a series of mistakes and poor decisions leads Lily to penury and death despite her socially ambitious scheming.

Another relevant sub-theme is that class doesn’t stand still. “All that is solid melts into air,” said Marx, quoting the sorcerer Prospero. Social categories are fluid. Old Dutch money and new robber baron fortunes were merging in the 1890s, not unlike the way that, today, glimmering tech money, dusty old endowments and crass celebrity fortunes are flowing together.

The book’s broadest and most enduring theme, however, is that unequal societies rob both rich and poor of their humanity. People—like Gryce, or like the lecherous investor Gus Trenor—become objects to manipulate in order to attain wealth and status. If they have nothing to offer, they are relegated a great, anonymous horde whose very humanity becomes impossible to fathom. There is no purpose in life but to be rich. In a society that rewards the rich at every turn, then celebrates their morality and fashionable doings, it’s a surprise that someone would not aspire to wealth. In one scene, Lily and other female socialites participate in a tableau vivant, where they literally become objects to be admired and consumed.

But such a society is not natural, and involves maintaining a number of psychological fallacies in order to function. In perhaps one of the most searing critiques of inequality, Wharton writes:

Such existences as [Lily’s] were pedestalled on foundations of obscure humanity. The dreary limbo of dinginess lay all around and beneath that little illuminated circle in which life reached its finest efflorescence, as the mud and sleet of a winter night enclose a hot-house filled with tropical flowers. All this was in the natural order of things, and the orchid basking in its artificially created atmosphere could round the delicate curves of its petals undisturbed by the ice on the panes.

Wharton seems to be using free indirect discourse to mock the self-justifications of the elite. She does not truly believe that an extremely unequal society is “the natural order of things,” for hothouses are man-made constructions supporting orchids, which would not otherwise be able to survive in a harsh, frozen climate. If the very rich were to admit that the society in which they live such lush lives is not only immoral but unnatural, it might demand, say, a massive redistribution of their wealth!

It would be an intentional fallacy to say that The House of Mirth actively advocates for specific redistributive policies—or even a specifically leftist outlook. Indeed, Wharton’s politics were complex. In her book Edith Wharton and the Politics of Race, Jennie A. Kassanoff writes that, while Wharton had great admiration for her friend Teddy Roosevelt and his trust-busting, she was an unrepentant elitist with views that would today be regarded as racist. Nonetheless, The House of Mirth reflects the moral problems and hypocrisies produced by a society with roughly the same level of inequality as our own. 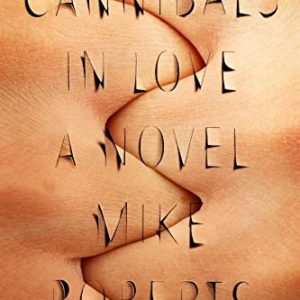 Men with Plain Names By October, there was a killer on the loose. Five dead the first day. Several more each day after that....
© LitHub
Back to top