Eavan Boland: Beautiful and Complicated and Fierce and Brilliant and Loyal

She loved gossip like a fish loves water. Seriously. Most nights I’d be sitting at my desk at Stanford after teaching as a Jones Lecturer and she’d walk past like she was headed somewhere. Only to turn half a second later and walk in as if she’d just thought to ask me something. And she’d sit down on this grayish green couch (I think that was the color) we had there and say, “So. Hear anything from New York?” Or something like that.

She was one of the very first poets whose work I found all by myself, just going through the shelves at Library Hours Bookshop in high school. She was the first poet I ever studied with/knew whose poems had come to me before I took poetry classes. I should say is. Actually Ellen Bryant Voigt is the other and that’s fitting because they have a lot in common as people and figures and souls in the world and in my life.

She was not my first teacher but she was, in many ways, my first mentor.

She loved winners. She thought she could pick them and often she did. When she was wrong about someone, me for instance in various ways, that could change the way she thought of you, the way she related to you.

She loved her husband and her daughters in a way that is so powerful and that I’ll never forget. She lived across the world from them and was wonderful but not what one might call overtly affectionate. And then her daughters would come visit or her husband. And she would just glow. I mean, she was like a high school kid around her husband. And my God. The way she looked at her daughters. It was like… I was aware that she had made a very hard choice and that she maybe needed to have two ways of being in the world to hold that choice. I might be wrong. But that’s how it seemed to me.

She was beautiful and complicated and fierce and brilliant and loyal and harsh and could see through people in a minute.

Once, when I was in the middle of being a Jones and was in the middle of a nervous breakdown (which I never told her about and we didn’t talk about) she walked into the office and sat on that couch and said, “It must be very hard living away from Angeline” who was in NYC for the year getting her masters. And I was very young and said, “I mean you do it with your husband” and she said, “But we’ve raised our children.”

Which is a conversation I think of all the time as I get older and realize more and more what she was saying. About how she’d done something so deep and so hard and so outside of poetry with someone. And that I was young and she knew how hard it must be. That she was prepared in ways I wasn’t.

She helped me in ways I’m sure I don’t even know. She liked power and liked using it. She believed in it. She was always helping behind the scenes. She believed in hierarchies and institutions and did a tremendous amount of good in the world that had nothing to do with her poems.

I was standing in the late light at Library Hours and the shelves were dark wood and the carpet was green. I can see the light (really, I can) against the shelves as I pull her book down. I think it was Outside History… there was purple on the cover. What I remember is I couldn’t figure out how I’d pronounce her name. And I remember beginning to read the poems. And buying the book with my own money that I made from working there. It may have been the first book by a woman poet I ever bought.

She taught me a lot about teaching. I was her TA and she basically let me make my sections as I liked. But also I needed to do well and not mess around. She believed in my mind and wasn’t going to hold my hand.

She was beautiful and complicated and fierce and brilliant and loyal and harsh and could see through people in a minute. Could see people for their ambition and could see talent from a long way away. And she liked a combination of ambition and talent. She was a worker. She was not a magician.

She was and is one of the greatest poets and minds I’ve ever had the honor to know. And she gave a good hug though she was not, at least in my mind, a hugger to me.

And she’s someone who will live forever, I think. Sometimes I’d get wrapped up in a young poet or movement and she’d say, “In five years no one will remember their name.”

And often she was right. Which sometimes made me sad. But also. She knew. And she loved poetry. And she fought for it. And I loved her and love her very much. Not in ways that are as easy to define as my love for Lucie Brock-Broido who is also somehow gone from us. But deeply. And in ways I cannot even begin to fully articulate.

I feel sad and sick and I’m thinking of everyone who loves her poems and who sat in classrooms and on porches with her. And of her students now. The Stegners. The Jones’. The undergrads who loved her so much. The people who were truly close to her. I was not anymore, though we were and I think were in essential ways even after many years. I think we both cared deeply about each other always. I could be wrong. I love her enough to know never to speak for her.

Why are all the women poets dying? That’s something I’d like to know. Who will be left to us? It doesn’t feel fair.

Gabrielle Calvocoressi is the author of Rocket Fantastic, winner of the Audre Lorde Prize for Lesbian Poetry. They teach at UNC Chapel Hill and live in Durham, NC, where joy, compassion, and social justice are at the center of their personal and poetic practice. 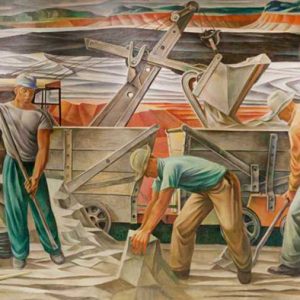