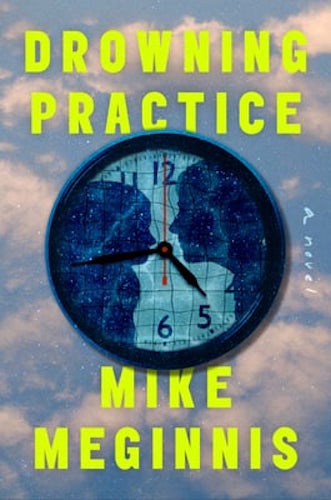 The following is excerpted from Mike Meginnis's new novel Drowning Practice. Meginnis is the author of Fat Man and Little Boy. His fiction has appeared in The Best American Short Stories 2012, Unstuck, The Collagist, PANK, Hayden's Ferry Review, and many other outlets. He lives and works in Iowa City.

Not everyone believed the world would end that year. There remained a few optimists, agnostics, and well-meaning liars who claimed it might endure at least a few months longer, possibly even forever. Until this question was settled, however, there would be little point in spending good money to repair or replace what was broken or used up, and least of all what benefitted children, who would probably never repay such investments. Public schools stopped buying supplies. In the unlikely event that the dream about November proved wrong, they would resume their purchases in December. Taxpayers would thank them for running a surplus.

Mott attended a public middle school for reasons both financial and political, according to her mother, and though some dedicated educators now paid for necessities out of pocket, Mott’s teacher was not one of these. Ms. Rooney attended class each day dressed more or less for the part, but she rarely spoke and often took naps on her desk. Her classroom was down to its last stubs of chalk. Among the dozen long, fluorescent ceiling lights that lit the children, three always flickered and one was entirely spent. These bulbs would never be replaced.

Erica Banach stood in front of the class, a piece of yellow note-paper stretched taut in her hands—it would tear if she pulled any harder. Her knees were covered in Band-Aids. They were shaking and so was her voice. “‘What I Think Will Happen in November.’ That’s the name of my report. I think that everything will be okay. When you hear ‘the end of the world,’ you think about everyone dying. You can’t help it, that’s how you grew up. But there’s another way to think. November might only mean the end of the world as we know it. Would that be so bad? Most people suffer for most of their lives. Most people live in India or China. If everything was different, some things would be better. Maybe in the new world no one will be hungry. Maybe we’ll learn to be nice. In conclusion, I think that’s what will happen. Thank you for your time.”

A student in the front row raised his hand. Erica pointed at him, which meant that he could ask.

“What happened to your eye?”

Erica tore her paper in half. She didn’t mean to do it—she only pulled a little harder.

“When you see a black eye,” she said, “you think of someone being hit by her father. You can’t help it. But my father is a doctor and a good man. He delivered me himself.”

She gave the halves of her report to Mott and went back to her seat.

The children looked to Ms. Rooney. Her head lay on her desk and she was covering her ears.

Everyone will make a little surprised sound, like they just checked their mailbox and inside there was a letter from their friend.”

No one had any questions for Molly. She gave her paper to Mott and sat down. Ms. Rooney sobbed once.

“I’ll go,” said Malik Boyd. He drew a cloud on one end of the chalkboard, and on the other end a flame. “You already know what’s going to happen in November. The dream was very clear. There’s going to be a flood like the one in the Bible. We’ll drown to death, which is supposed to be a pretty decent way to die, at least compared to all the other ways, and then we’ll have to choose the cloud or the flame. My granddad died from liver failure last year. His car is still parked in our driveway. I worry all the time that it’s going to be stolen. The doors are unlocked, but nobody takes it.”

Malik didn’t wait for questions. He erased what he’d drawn on the board and handed his paper to Mott. It was her turn. She always preferred to go last.

“‘What I Think Will Happen in November,’ by Mott Gabel. I have asked myself one thousand times. We all had the same dream, or close enough to the same, and we all know what the father said. The world will be over, forgotten, or maybe it’s better to say never remembered again. My first memory is I am sitting on a checkered blanket in the park. My mother is scooping potato salad onto my father’s plate. He keeps telling her, ‘A little more, please.’ Soon there’s more on his plate than there is in the bowl. She’s trying not to laugh. He keeps telling her, ‘A little more, please. Just a little more and I’ll be satisfied.’ Finally she can’t hold in the laughter. He says, ‘A little more.’ All of the potato salad is on his paper plate and my mother is dying from laughter. Someone’s blue Frisbee settles on our blanket. No one ever came to claim it, so I still have the Frisbee, and that’s how I know my memory is true. Becoming a person doesn’t happen to you all at once. It takes months or maybe years to learn your name, and then you have to remember it every day. The world has to do the same thing. It’s lucky that when we’re asleep, when we’ve forgotten we’re a world, Australia’s awake to remember. They keep us alive. When November comes and the world is what it is, we’ll all forget our names together. Our bodies will still exist, but we won’t use them anymore. They’ll use themselves.”

Nobody raised a hand and no one asked. She set her paper with the others on her desk. She sat down and tidied the stack. It was quiet in the classroom. Attendance today was less than three-quarters.

The children looked to Ms. Rooney, who was sleeping or pretending.

Erica slapped herself on her own face. The children looked at their desks, most of which were badly vandalized—names scratched into their surfaces, wizards and unicorns drawn with permanent marker, wads of gum stuck there and dried. Erica’s was clean.

Mott said, “I guess that’s enough for today. Remember Monday is a book report. You’re supposed to tell us about the best book that you’ve ever read and try to persuade us to read it. Your title should be ‘If You Read Just One Thing Before November, Make It This.’ Use evidence from your book to support your ideas. Your report should be at least one typewritten page. If you write it by hand, make it two.”

“Class dismissed,” said Malik. “Use your time wisely. You don’t have to leave if you feel safest here.”

About half the students stood, shouldered their backpacks, and shuffled out the door, mumbling goodbyes and invitations. The other half stayed where they were, played with phones, drew in notebooks, read comics, pushed earbuds in too deep, or hunched their shoulders and slumped in their chairs. Erica was one of these. She had removed one of the Band-Aids on her knee too soon. She replaced it with a fresh one from her pocket.

Mott and Malik were among those who left. First Malik put an apple on their teacher’s desk beside her sleeping head.

“She doesn’t deserve you,” said Mott.

“I feel bad for her. She told me her mother is dead.”

“She says that about everyone.”

From Matt Bell, here's what a successful academic cover letter for creative writers looks like. 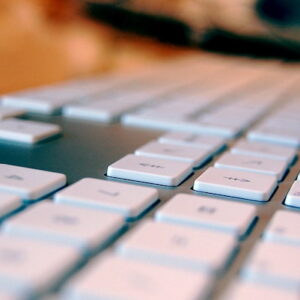 From Matt Bell, here's what a successful academic cover letter for creative writers looks like. Today in things that are incredibly helpful: Matt Bell, author of the novel Appleseed and writing guide Refuse to Be Done, shared,...
© LitHub
Back to top