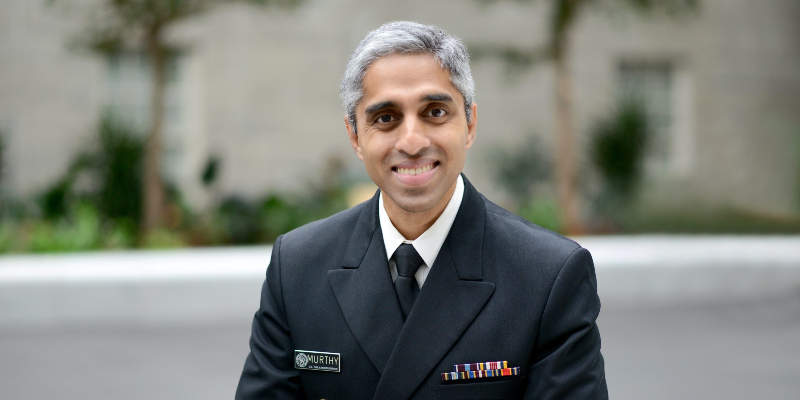 Dr. Vivek Murthy on the Health Impacts of Loneliness

On Episode 127 of The Quarantine Tapes, Paul Holdengräber is joined by Vivek Murthy. Vivek is a doctor and the former U.S. Surgeon General. His first book, Together: The Healing Power of Connection in a Sometimes Lonely World, came out this spring and explores the topic of loneliness and public health. In their conversation, Vivek talks with Paul about what he has learned about the wide-reaching impact of loneliness in his medical career. Vivek argues for the need to get past the stigma around loneliness and the importance of prioritizing human connections. Finally, he offers his thoughts on the opioid crisis, the role of the surgeon general, and the recent endorsements of Joe Biden by the scientific community in the New England Journal of Medicine and more.

Paul Holdengräber: You’ve said that the most common ailment I saw as a doctor was not heart disease or diabetes, it was loneliness. That’s a very interesting comment coming particularly from a doctor.

Vivek Murthy: Yes, and there are two things I would say about that, Paul. One is I felt very ill-equipped to handle that as a doctor because I had not really thought deeply about how to approach loneliness. I didn’t know much about it from medical training in terms of what the consequences of it were. I was very familiar with the feeling because I had struggled myself with a great deal of loneliness as a child, but I wasn’t sure how to help a patient who is struggling with loneliness.

The other thing that’s important, and the reason I saw loneliness so often, is because it is extremely common. This is something I didn’t fully appreciate until I was a surgeon general and traveling around the country and talking to people in communities across America, which is that it turns out that loneliness is far more common than we realize. In fact, the studies tell us that more adults struggle with loneliness in America than have diabetes or than who smoke. We’re talking, even if you look at more conservative studies, that it’s around 22 percent of adults in the US who struggle with loneliness. That’s from a Kaiser Family Foundation survey. But other studies have put that number more recently even higher, even closer to 50 percent, according to Cigna, which is one of the major health insurers in the country.

So however you look at it, it turns out loneliness is extremely common, and it’s consequential, too. It turns out people who struggle with loneliness have a higher risk of heart disease and premature death, of depression and anxiety, dementia, and a host of other conditions. All of this to say that loneliness is more than a bad feeling. It’s something that has a profound impact on our health, our performance, and our sense of fulfillment.

Paul Holdengräber: It’s more than a bad feeling, but one of the ill effects of loneliness is that it is stigmatized. It creates a sense of further loneliness, which expresses itself often in the form of shame.

Vivek Murthy: That’s exactly right. And that word you just used, shame, is a powerful and very accurate way to represent how people feel when they’re struggling with loneliness. Because what we somehow tell people as a society, what modern culture tells people, is that if you’re lonely, something must be wrong with you. You must not be likable enough or you must have something wrong with you in some way. The reality is really quite different. The reality is that loneliness is a natural signal that all of us experience at some point in our lives, and it’s a natural signal like hunger or thirst that crops up in our body when we are lacking something we need for survival. And in this case, that is social connection.

Just like hunger or thirst, if we are able to satisfy that need, then it will be short-lived. If we feel lonely and we are able to pick up the phone and call a friend, or we’re able to get in the car and go visit someone we care about and whose company we enjoy, then perhaps we won’t feel lonely for so long. But it’s when that loneliness is prolonged, when it lasts for a while, that’s when we start to see some of these physical and mental health consequences arise.

Dr. Vivek H. Murthy served as the 19th Surgeon General of the United States appointed by President Barack Obama. As the Vice Admiral of the US Public Health Service Commissioned Corps, he commanded a uniformed service of 6,600 public health officers globally. During his tenure, Dr. Murthy launched the TurnTheTide campaign, catalyzing a movement among health professionals to address the nation’s opioid crisis. He also issued the first Surgeon General’s Report on Alcohol, Drugs, and Health, calling for expanded access to prevention and treatment and for recognizing addiction as a chronic illness, not a character flaw. Dr. Murthy received his bachelor’s degree from Harvard and his M.D. and M.B.A. degrees from Yale. Dr. Murthy resides in Washington, D.C. with his wife Dr. Alice Chen and their two young children. Together: The Healing Power of Human Connection in a Sometimes Lonely World was published by HarperCollins and made the New York Times Best Seller list. 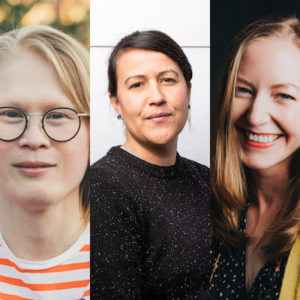