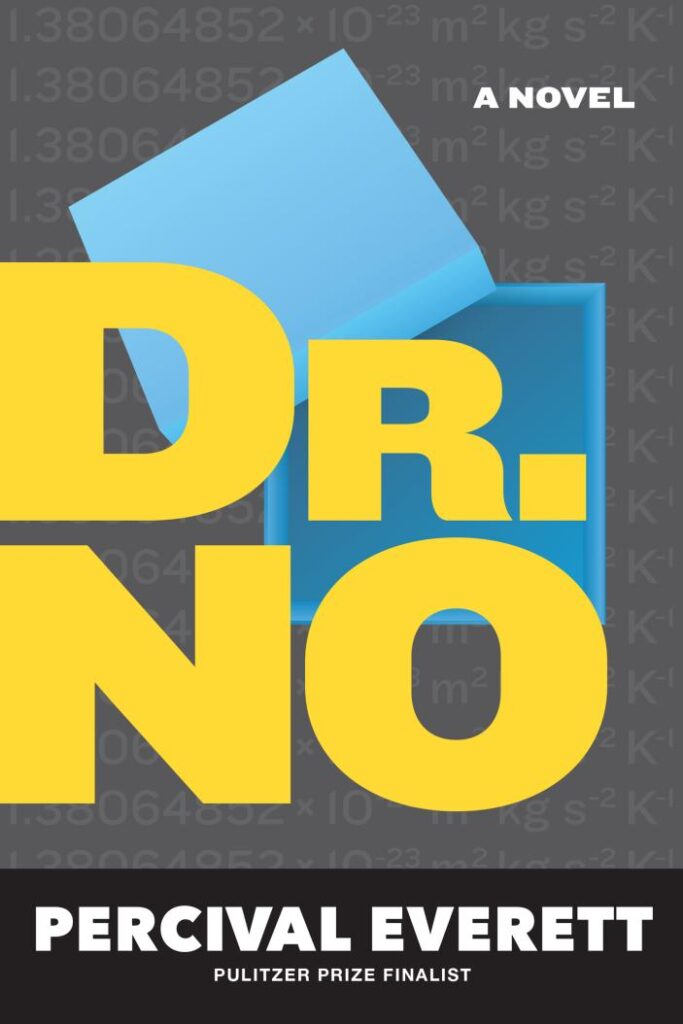 The following is from Percival Everett's Dr. No. Everett is the author of more than thirty books, most recently The Trees and Telephone, which was a finalist for the Pulitzer Prize.

I recall that I am extremely forgetful. I believe I am. I think I know that I am forgetful. Though I remember having forgotten, I cannot recall what it was that I forgot or what forgetting feels like. When I was a kid, my mother tried to convince me that I was forgetful by saying, “Do you remember when you forgot your own birthday?” I think I replied, “How could I?” But it was a trick question. Saying yes would have been an admission of my forgetfulness and saying no would have been an example. “The brain does what it can,” I told her. If we remembered everything, we would have no language for remembering and forgetting. As well, nothing would be important. In fact, nothing is important. The importance of nothing is that it is the measure of that which is not nothing. Is nothing the same as nothingness? Students love to imagine such things. There is in fact no nothing; the simplistic argument for this assertion is that the observation of nothing requires an observer, and so the presence of the onlooker negates what might have been pure absence, what might have actually been nothing. If nothing falls in a forest and there is no one around to observe it, does it make a nil? The better argument, one that embodies the simple one and any other, is that one can spell nothing. Parmenides might have been a shabby dresser, but he had a point. The ontological argument might not have worked for the existence of God, but it is indisputable for the existence of nothing. Ei mitään, rien, nada, nicht, nic, dim byd, ikke noget, ingenting, waxba, tidak ada, boten, apa-apa, kitn, nihil, and nenio. Kind of an ontological argument for the existence of nothing.

That is all bullshit, with a capital bull. My name is Ralph Townsend. My mother was an artist, my father was an English professor who ended up driving a taxi. I am, in fact, a mathematician of a sort. But I use the name Wala Kitu. I study nothing.

I am serious about my study. I am a distinguished professor of mathematics at Brown University, though I have not for decades concerned myself with arithmetic, calculus, matrices, theorems, Hausdorff spaces, finite lattice representations, or anything else that involves values or numbers or representations of values or numbers or any such somethings, whether they have substance or not. I have spent my career in my little office on George Street in Providence contemplating and searching for nothing. I have not found it. It is sad for me that the mere introduction to my subject of interest necessarily ruins my study. I work very hard and wish I could say that I have nothing to show for it.

It was my expertise in nothing, not absolutely nothing, but positively nothing, that led me to work with, rather for, one John Milton Bradley Sill, a self-made billionaire with one goal, a goal that might have been intriguing to some, confounding and weird to most, idi otic to all, but at least easily articulated. John Milton Bradley Sill aspired to be a Bond villain, the fictitious nature of James Bond notwithstanding. He put like this: “I want to be a Bond villain.” Simple.

We were sitting in a coffee shop on Thayer Street. It was eight on a Monday morning in November, the semester winding down and so the students who had dragged themselves in there were nearly sleepwalking. I was much like them. I had discovered only recently that I needed a full twelve hours of sleep to function properly but had sat up much of the night thinking about the meeting with Sill. I hardly ever remembered my dreams, which seemed right and fair as I rarely recalled my waking life during sleep.

“What do you mean by Bond villain?”

Sill held a spoon like a cigarette. “You know, the sort of perpetrator of evil deeds that might cause the prime minister to dispatch a double-naught spy to thwart me. You know, evil for evil’s sake.”

“A sort of modernist villain,” I said.

I stared and stirred my tea. I didn’t want to look at him, but I did, realizing, as he came into focus, that he was certifiable. But jolly. He was a pleasant-looking fellow, slightly racially ambiguous, an equine face and tightly curled hair. He was a slight man. “You look too nice to be a villain,” I said.

“Thank you,” he said. “Appearances are only that.”

“Have you ever performed an evil deed?”

“Have you ever killed anyone?” I asked. “Bond villains kill indiscriminately.” I was speaking out of my ass. I didn’t know the first thing about Bond villains.

“Some do, some don’t.” Sill poked the air with his spoon. “Have you ever seen Goldfinger?”

“Where they keep the gold.” John Sill looked around, measuring everyone in the room. “Do you know what’s actually in the vault of

He leaned forward, actually resting his chin on the palm of his hand, like a lover or at least like someone who had known me for more than a quarter hour, and said, “Nothing.”

The hair on the back of my neck stood up. Still, I was convinced he meant that the vault was empty.

“I’m telling you that the vault is not empty.” As if reading my mind.

“You, my friend, are going to help me steal it. I’ve done my research. You know more about nothing than anyone. How much power must there be for anyone who can possess nothing.”

He silenced me by lifting his hand from mine and holding it omi nously in the air between us. “You won’t have to do a damn thing. All I want from you is an ongoing consult. Answers to a few questions. For example, when I open the vault, and I will, how will I know that nothing is there? It’s a big vault. If it is full of nothing, then how will I move it? How does one transport such a thing? Does it need to be refrigerated at minus 273 degrees Celsius?”

“You’re serious,” I said. “Which is not so different from ‘you’re crazy.’”

“I am that,” John Sill said. Another glance around and he pushed a yellow slip of paper toward me.

It was a check. A check with many zeros before the meaningless decimal point. It was a cashier’s check issued by the Bank of America.

“This is real,” I stated, but it was really a question.

Sill nodded. “All you have to do is advise me, answer my questions about nothing and not with some off-the-cuff shit that you save for graduate students and panels. I can get that shit from anyone. I can get that from any number of books. I want your pure, honest confusion.”

“This is for me?” I shook the check as if to see if the writing might fall off.

Indeed it was. Spelled correctly and everything. All in black ink. What else could I say, but “Okay.”

I left the coffee shop $3 million heavier and also with the belief that, although crazy, John Sill might have been correct about the military possession of nothing. There was a credible faction of the mili tary complex that believed as I did that nothing was the solution to everything. Where my notion of solution was heuristic, the generals’ notion was gladiatorial, bellicose, not nice. None of us knew just what nothing was, but its possibilities were boundless; that much was a logical necessity and therefore true. I recalled being approached some years earlier by two generals from the army whose names I might have heard but certainly didn’t remember. I did remember that they looked alarmingly similar, though one was a woman and the other a man. They knocked on my office door, timidly, it seemed, for warmongers.

We discussed nothing in a roundabout, yet truthful way for just more than two hours. They wouldn’t tell me what they wanted it for and I couldn’t tell them what it was or where to find it.

“What do you think you can do with nothing if you find it?” “That’s why we’re talking to you,” said General He. “We’d very much like to know, you know?”

“You know nothing,” from General She. “That is widely accepted. We want your help. Don’t you want to serve our country?”

“I’ve given this country nothing my entire life. I don’t plan to change now.”

“I didn’t mean anything by that,” I said. “Not anything is not equivalent to nothing. You understand that, right?”

“Nothing could make all the difference in the world, we know that much,” said General He.

I shook my head. “No one can possess nothing.”

The generals shared a look that I didn’t understand, in fact their shared look did not even register with me until that day as I walked home from my meeting with John Sill. Perhaps someone could find and harness nothing. I felt a little sick to my stomach, fearful, and somewhat giddy with excitement.

Margaret Atwood has been banned from Russia.

Listen to Chapter 27 of Dracula 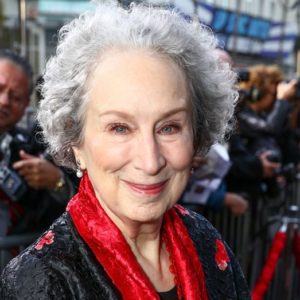 Margaret Atwood has been banned from Russia. In response to Canadian Prime Minister Justin Trudeau's new and ongoing sanctions against Russia, the Russian Foreign Ministry...
© LitHub
Back to top