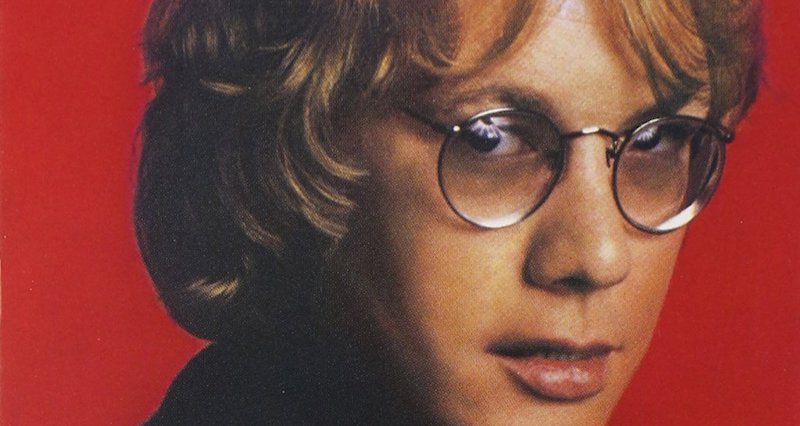 Down and Out with Warren Zevon in LA

One of the Greatest Singer-Songwriters in America Almost Wasn’t

“And if California slides into the ocean, like the mystics and statistics say it will. I predict this motel will be standing, until I pay my bill…”

It was 1975 and Warren Zevon needed a miracle.

At just 28 years of age, his life had already crapped out on him. The man generally thought of by his peers and contemporaries as the greatest singer songwriter in Los Angeles had given up on a music career and left the city, left the states entirely, exiling himself to Europe with his young family, and scratching out a living playing piano in Barcelona dive bars.

Zevon had had his one shot at fame, perhaps even his fifteen minutes of it, six years earlier with the recording of his debut album,

Wanted Dead or Alive. The joke was that no-one had wanted it either way, and it came out, according to Zevon, “to the sound of one hand clapping.” It had been a rushed, small-time affair anyway, with the precocious 22-year-old demanding that he play every instrument on the record himself. The producer had quit and, although some songs showed the promise of what might be, it sold in single figures and was immediately forgotten by everyone.

Well, by almost everyone.

One man who couldn’t quite forget it was Jackson Browne, a big time singer-songwriter in his own right by this stage, taken stratospheric by covers from The Eagles and soundtrack work in Scorsese movies. He thought the album wasn’t as good as he knew Warren Zevon was. Where was the stage-stomping, fire-breathing performer who he’d witnessed all-but burning down rooms across LA? Where were the noir-tinged soundtracks to dark nights of the soul he’d heard Zevon strum quietly to himself? And where the hell was the cosmically funny, wicked-dark sense of humor that could cut a man in half? Were they really going to let this guy vanish off the face of the earth?

Browne’s sentiment was echoed by the great artists of the day, none of whom could believe that this brilliant man was so prepared to waste his talent. But, of course, wasting his talent was one of Zevon’s greatest talents. . .

Time and time again he’d raise hell, push everyone and everything around him to the limit and tear off into the sunset. The only son of a Russian immigrant who considered himself a professional gambler and palled around with real-life gangsters, Zevon had proved to be a natural musician from a young age. Despite a coarse upbringing that involved playing bookie to notorious mob gambling rackets as a kid, Zevon had grown up different, somehow. A loner, a bookworm and a talented pianist, even studying under the tutelage, by an incredible accident of time and geography, of Igor Stravinsky.

Despite this natural talent, this incredible lineage, later in his career he’d refuse to play a single note on the piano unless everyone in the room emptied their wallets and handed him the cash. He was frustrating, usually drunk, but, when the mood struck him, matchless.

Browne was persistent. Now the de-facto spokesperson for some of LA’s best songwriters, he staged a kind of career-intervention for Zevon, urging him to return to Los Angeles for one last shot, promising that he’d produce the ensuing album himself. That it would be a real album this time. That he’d use his newly minted big-time reputation to get a major label on board. A big budget, a real release and session musicians.

“Despite this natural talent, this incredible lineage, later in his career he’d refuse to play a single note on the piano unless everyone in the room emptied their wallets and handed him the cash.”

Even Zevon couldn’t bring himself to flush that down the toilet, returning to Los Angeles to work on the songs which would become his classic self-titled second album. Where his first had sounded flat and rushed, these new sessions would create an enormous, dynamic sound that threatened to envelope the listener. Where his first had the awkward instrumentation of a young man trying to do everything himself, these new recordings would assemble one of the greatest backing bands there would ever be; with members of Fleetwood Mac, The Beach Boys and The Eagles serving as session musicians.

But most importantly, they’d have a young, focused and fully committed Warren Zevon, and the album he delivered sounded like the autobiography of a man who’d lived ten checkered lives. Kicking off with a simple piano riff,

Frank and Jesse James seems like an outlier at first. A mythologizing history lesson about the wild west on an album full of seedy LA bars and 4am confessionals. But its themes of the outlaw vs. the man, of defiant individuality, with its entreaty to “keep on riding, riding, riding” turns out to be instructive to what will follow.

Across 11 tracks we get the goods on how Zevon’s mother met his father, and what a disaster they were together; we get tender love songs in Backs Turned Looking Down the Path and Hasten Down the Wind; we get raucous tours of Hollywood nightlife on Join Me in LA and I’ll Sleep When I’m Dead. We get the fuck you kiss-off of the century in The French Inhaler. Everyone quotes its incendiary last line “when the lights came up at two, I caught a glimpse of you, and your face looked like something death brought with him in his suitcase.” But the real power of Zevon’s writing comes earlier with the sensitive, sad and questioning: “Where will you go, with your scarves and your miracles? Who’s gonna know who you are?”

But I’m not here to talk about all that. I want to talk about the album’s final track, “Desperados Under the Eaves,” my favorite song, where we find our narrator finally at the end of his rope. Sad, lonely and broken, with no distance left to run.

The song opens with a beautiful string-instrument rendition of the opening piano riff from the album’s first track, and we realize, with a jolt, that this seedy Hollywood Hawaiian Hotel is where we’ve been all along. That outlaw anthem that kicked things off, all piss and vinegar, was like the memory of a childhood game, and the songs that followed were just a series of fragmented memories of boisterous adventures, big odds and, in the end, total oblivion.

All of it leading us, inevitably, to this crummy hotel.

No song has ever distilled loneliness to quite so potent a cocktail. He’s waking up in the morning with shaking hands, the trees outside look like crucified thieves and the sun itself seems angry with him. We can see the wallpaper sagging, the note from the front desk demanding the bill, and the empties, vermouth, gin, whiskey and wine, stacking up on the desk, next to a spotless, un-written-in notebook.

Here, finally, is Zevon’s soundtrack to a dark night of the soul.

But rather than resolve the themes of the album with an 11th hour, 11th track, plot twist, rather than wriggle out of the ramifications of a life wasted with an ironic observation or one-liner, we leave our narrator in an unsolvable jam, a cliff-hanger of sorts, where the only way forward will take him through himself. And the only option for the listener will be to play the record again, from the start, listening for clues. . .

But then something unexpected happens.

We’re treated to one of the most audacious, creative, simple, effective, grandiose, subtle, maximal and endearing moments in music. “I was sitting in the Hollywood Hawaiian Hotel,” Zevon repeats for the final time. “I was listening to the air conditioner hum…”

He begins to hum some approximation of what he can hear and the strings in the background begin to change. They begin to swell and build. They begin to

match Zevon’s hum and play out, in grand fashion, the sound of the air conditioner’s hum. It sounds remarkably similar to that opening piano riff from the first track. And somehow, though we know the circumstances, it sounds like an act of incredible defiance against a mundane, ugly, cheap and petty world. Transforming his surroundings into art, into a rallying cry and a reason to go on. Transforming a sad, lonely experience into something that will bring people together and make their hairs stand on end.

The album finally put Zevon on the map and, across a career that went up and down, he made good on the promise of his talent, transforming his life and surroundings into art. He got drunk, he got sober, he got stupid, he got smart, he got old, he got young again. I think he got cynical, for a time, then he got in love.

And there would be other epic endings for him, friends, record labels and lovers who decided they couldn’t take his shit anymore. Alcohol addiction and terminal cancer. Each just became more fuel for his outlaw brand of turning life into art. A new cause for a rallying cry of defiance. And an absolute unwillingness to accept things as they are. As he notes on “Desperados Under the Eaves,” …

Joseph Knox was born and raised in and around Stoke and Manchester, where he worked in bars and bookshops before moving to London. He runs, writes, and reads compulsively. The Smiling Man is the follow-up to his acclaimed and bestselling debut, Sirens. 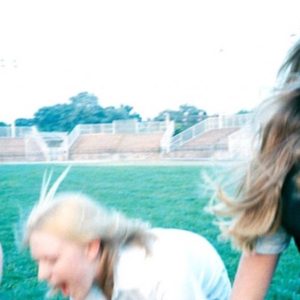 Get ready to feel old. The Virgin Suicides, Jeffrey Eugenides’s dreamy debut novel about five teenage sisters who all kill...
© LitHub
Back to top