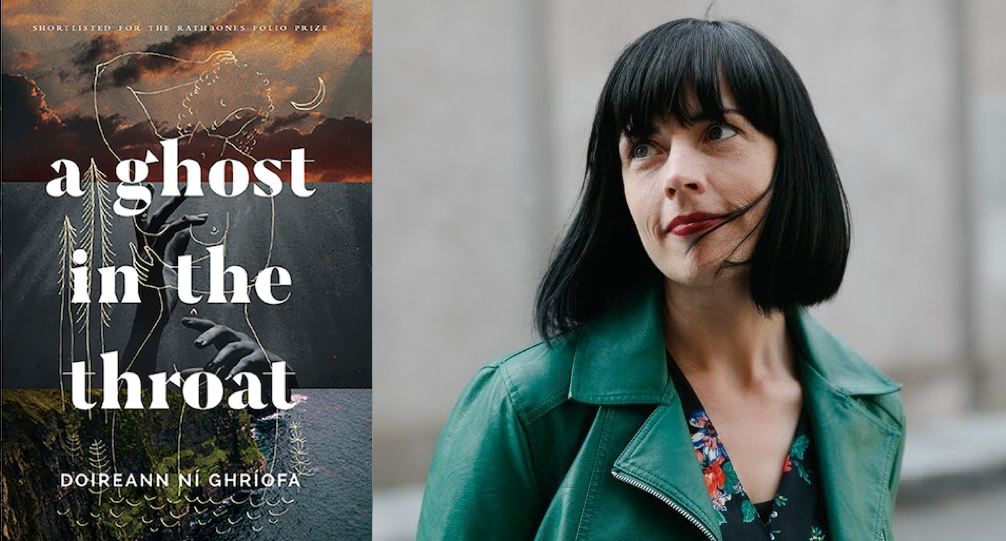 Doireann Ní Ghríofa: On Writing and Embodying a Female Text

Irish poet Doireann Ní Ghríofa’s remarkable first book of prose, A Ghost in the Throat, features a young, stay-at-home mother obsessed with another woman, long deceased. The narrator’s muse is Eibhlín Dubh who, as a young mother herself, composed a legendary, 18th-century lament for her murdered husband, The Keen for Art O’Laoghaire. Although centuries and social class separate the two women, the narrator is irresistibly drawn to Dubh’s Keen, the widow’s outpouring of the terrible grief, anger, and sexual yearning that roils her body and mind following Art’s death. Ghost depicts the narrator’s quest to uncover the essence of Eibhlín Dubh from a history in which she has been silenced.

I recently spoke to Ní Ghríofa about Ghost and the refrain that is repeated in the book’s opening pages and again as its final sentence: This is a female text.—an incantation that carries multiple meanings in the pages of Ní Ghríofa’s beautifully bewitching book.

Ní Ghríofa told me that her narrator (also named Doireann Ní Ghríofa), “is at a time in her life when she is acutely conscious that she is going through her days in a female body.” Much of the narrator’s days are spent breastfeeding her babies and pumping her (right) breast (the left is “a lazy bastard”) for donations to a human milk bank. The narrator is passionately in love with her husband and describes the crashes and crescendos of her libido as she navigates pregnancies and postpartum hormone shifts. Through it all she is vigilant to the sensations and signals within her body. Ní Ghríofa considered the narrator’s physical awareness as “a kind of skeleton key for me as an author. When the narrator begins to seek out this other woman (Eibhlín Dubh) that is one of the things that she can see that she holds in common with her.”

Through the Keen’s passages Dubh speaks about her sexual desire for Art and the carnal dimension of their bond (in Ní Ghríofa’s translation from the Irish):

O my beloved, steadfast and true!
When you strolled
those fine city avenues,
merchants’ wives always
stooped their curtsies low for you.
How well, they could see
what a hearty bed-mate you’d be,
what a man to share a saddle with,
what a man to spark a child with.

Dubh’s corporality is perhaps most striking in her description of the moment she discovered Art’s slain body (again, Ní Ghríofa’s translation):

Love, your blood was spilling in cascades,
and I couldn’t wipe it away, couldn’t clean it up, no,
no, my palms turned cups and oh, I gulped.

Translating the poem, Ní Ghríofa repeated its lines aloud to herself over and over again. “I was giving breath to her words… and it was the gaps between the verses that really moved me very deeply. The points where she would have drawn a deeper breath. It’s a text in grief. It’s a text in pain. You can feel it as you read it aloud.” She wanted her translation of the poem to be alive with love and desire, a reflection of the way that Eibhlín Dubh lived her life. Laments like the Keen were popularized through oral storytelling long before they were first transcribed onto paper. Women embodied these poems by repeating them and sharing them with other women. They are female texts.

When I asked Ní Ghríofa why she decided in Ghost to repeat the refrain “this is a female text,” she explained that the phrase “kept insisting itself to me, revealing different layers, more oblique iterations of what a female text could be. It wouldn’t always be a written text, and there were many different ways to consider it. The more time I spent reflecting on that, the more I began to see these unwritten female texts almost everywhere I looked. I’m still seeing them.” However, as regards the voice of her narrator, Ní Ghríofa emphasized its singular perspective. “It is a female text, what it is like to live in a specific female body, in a specific female life, while being very conscious of the ways in which that female life is different from many, many other female lives and experiences of female embodiment.”

“That’s what sometimes leads you into a spiral of anxiety. When you have the sense that there is some way, if you could only figure out what it was, that you could control an uncontrollable situation.”

The narrator’s body itself is a “text” that bears witness, writ large, to her life experiences: the scar from an emergency caesarian section when her daughter was born; the “brazen lump” that is her left breast; a capped front tooth repaired after a childhood fall. She first appreciates how the body memorializes a life’s incidents and habits while dissecting human cadavers in dental school. The smell and texture of the corpses repulses her, and she finds it hard to understand why anyone would offer up their body to be cut, prodded, and peered at by clumsy students.

Years later, now a wife and mother, her perspective is different. She believes that donated bodies, like those she cut and examined in the dissection lab, evidence a noble selflessness, a final act of gratitude by people who came to understand all that life had given them. When the narrator submits the paperwork to donate her own body to the medical college, she marks the occasion by getting a white ink tattoo of a quote from the Keen—a literal text to the future medical students who will be the last people to touch her body.

More than simply an act of altruism, however, the narrator is motivated to bequeath her body to science by the need to feel a sense of control over her life (and even her death). Throughout Ghost the narrator engages in certain acts and rituals in an effort to feel that she is in control. For example, she maintains detailed “to-do” lists of each day’s many domestic tasks and obsessively draws a line through items as she completes them, and she sets aside time each day to pump breast milk for donation, believing that her generosity will be rewarded in a sort of karmic justice that will protect her family from misfortune. Ní Ghríofa is “utterly fascinated by the ways in which we try to control our circumstances because so often it’s an exercise in futility, isn’t it? And I suspect that’s what sometimes leads you into a spiral of fretfulness or anxiety. When you have the sense that there is some way, if you could only figure out what it was, that you could control an uncontrollable situation.”

Perhaps most significantly, A Ghost in the Throat is a female—and feminist—text in its protest against the historical and cultural erasure of women like Eibhlín Dubh, a product of how men, whether authors of history books or the prominent men in Dubh’s own family, characterize women and remain willfully ignorant of the rich lives that they lived. Ní Ghríofa said that she allowed herself “not to feel resentful of points where the historical record occluded (Dubh) in some way, but instead tried to find ways to attend to what other complexities might be embedded in that type of silence.” In this extraordinary book Ní Ghríofa reclaims Dubh for posterity, reanimating her in the face of a centuries-long historiography that persistently shuts-out so very many vital female texts. 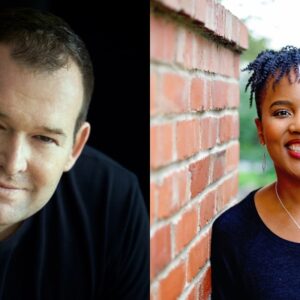