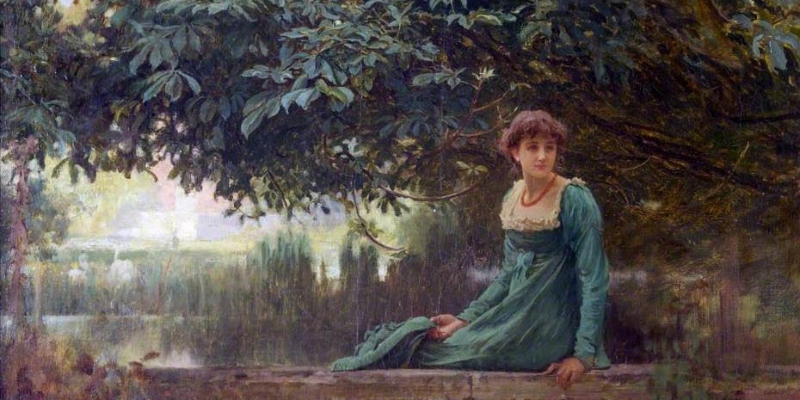 Does Regency-Era Opium Use Explain Anne de Bourgh of Pride and Prejudice?

Molly Greeley in Conversation with C.P. Lesley on the New Books Network Podcast

The world created by Jane Austen in Pride and Prejudice has established a place for itself in contemporary culture that few other novels can match, yet amid the countless spinoffs, some stand out. Molly Greeley seems to have a special gift for creating novels that, although based on Austen’s creations, take on a life of their own.

In 2019’s The Clergyman’s Wife, Greeley imagined how the marriage between Charlotte Lucas, the friend of Austen’s heroine Elizabeth Bennet, and Mr. Collins, Austen’s risible antagonist, might have worked out after three years. The Heiress: The Revelations of Anne de Bourgh (William Morrow, 2020) takes up the story of a character who in the original Pride and Prejudice exists mostly as an example of the kind of young woman that novel’s hero, Mr. Darcy, should prefer to Elizabeth, if only in the opinion of Anne’s formidable mother, Lady Catherine de Bourgh.

Now, to anyone familiar with Lady Catherine, the thought of being her daughter is itself enough to cause shudders of alarm, but on the surface, Anne has a privileged life, including the right—rare for a woman in 18th-century Europe—to inherit her father’s estate. In this, she occupies the opposite position from Charlotte Lucas, who married Mr. Collins solely to avoid becoming an elderly, unwanted spinster living in genteel poverty.

But all is not well in Anne’s world, either. A fractious although healthy baby, she undergoes “treatment” for what we assume is colic that leaves her addicted to laudanum, an opiate. Her father wants to wean Anne of the drug, but her mother insists on following the advice of the local quack even as Anne becomes more listless and emaciated. A governess sparks Anne’s interest in poetry and mathematics, but it’s only when Anne herself awakens to the dangers of laudanum and decides to rid herself of her addiction at all costs that she begins to grow into her inheritance.

CPL: Before we get to the current book, let’s talk about The Clergyman’s Wife. It explores the marriage of Charlotte Lucas and Mr. Collins three years after their wedding. What can you tell us about why you decided to write a novel based on Pride and Prejudice, and specifically these characters?

MG: I have loved Pride and Prejudice since I was ten years old, and when I was younger, I completely agreed with Elizabeth Bennet, who thought that her friend Charlotte had made a ridiculously awful mistake when she married Mr. Collins. But as I got older, I started to see Charlotte’s choice very differently and more sympathetically, and I increasingly wanted to tell her side of the story, which I feel might have been closer to the lives of many women in Austen’s time than the fun, more fairytale life that Elizabeth Bennet ended up living.

CPL: Anne is even more your creation than Charlotte, because Austen gives you so much less to work with. How did you go about creating a past for her?

MG: I started with what we do know. We know her mother, who—what’s a nice way to put this?—is a very strong woman who is certain she’s right all the time and doesn’t take no for an answer, who’s used to getting her own way. And she’s the daughter of an earl, so we know Anne is of noble stock. Her father was the owner of this big estate in Kent, and we know that she’s considered sickly. While I was researching, I came across this stray fact that sparked the concept of The Heiress. I found out that laudanum, which is a tincture of opium, was given with pretty scary regularity to children, even to babies, back in Regency times. I discovered what I believe was called “Confessions of a Young Lady Laudanum Drinker.” It was a letter by a young woman whose doctor had prescribed laudanum for her, and it described the effects it had had on her. All I could think of was that it described exactly how Anne de Bourgh is portrayed as behaving in Pride and Prejudice. So I knew laudanum would play a part in the story, and I tried to take what we already know about Anne and build out from there.

CPL: If Anne were to remain addicted to laudanum, there wouldn’t be much character development and therefore no story. Tell us what steps she takes in an attempt to free herself from her past.

MG: She’s confronted with a news story that talks about a child who died of laudanum, and it’s one of those moments that changes everything for her. For whatever reason, this story snaps her into realizing that she has to change her life or she will be trapped, possibly into death, by her medicine. So, really, she just does it. She takes advantage of the fact that her mother is gone one day, and she pours out her medicine and takes off for London, where her cousin, Colonel Fitzwilliam, has offered to let her stay with him whenever she wants. It’s not easy: she has to withdraw from the drug; then she has to convince herself that she’s actually strong enough to face the world, which she’s been told her entire life that she’s not. But she starts strong by dumping everything out and taking off for the horizon, which she’s never been allowed to go toward before.

Molly Greeley, a graduate of Michigan State University, has a degree in English and Creative Writing. She lives in northern Michigan with her husband and three children. The Heiress is her second novel.

Cooking Thịt Kho, and Remembering What it Means to Be Vietnamese 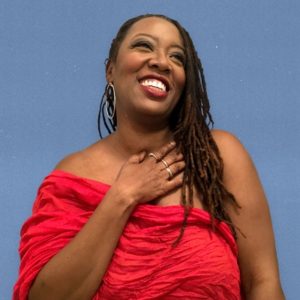