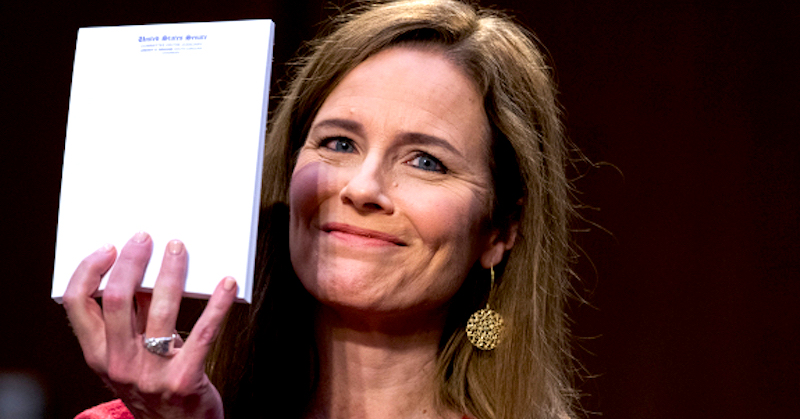 Does Amy Coney Barrett’s Nomination Violate the Religious Test Clause of the Constitution?

Last year, Judge Amy Coney Barrett, in a public exchange at Hillsdale College, announced that the “religious test clause” of the Constitution made it “unconstitutional to even consider [religion] as a qualification for public office.”

Article VI, Clause 3, of the Constitution states that “no religious Test shall ever be required as a Qualification to any Office or public Trust under the United States.” The clause was controversial owing to the fact that the Antifederalists believed that it risked allowing Catholics and non-Christians to hold office. So against the clause were certain Antifederalists that they supported an opposing test which would have required prospective office holders to make an affirmation to Christian principles.

But the Federalists, who defended the clause, prevailed, and the clause became the only reference to religion in the original Constitution and the only clause to use the word “ever,” leading certain commentators to conclude that it is immune from amendment. In his Commentaries to the Constitution, Justice Joseph Story, who served as a justice on the Court from 1811 to 1845, wrote that the “higher object” of the religious test provision was “to cut off for ever every pretence of any alliance between church and state in the national government,” for it was, Story continued, “easy to foresee, that without some prohibition of religious tests, a successful sect, in our country, might, by once possessing power, pass test-laws, which would secure to themselves a monopoly of all the offices of trust and profit, under the national government.”

As to the definition of a “religious test,” there is nothing in the clear meaning of the word “test” or its common law definition at the time of the Constitutional Convention to suggest that the word was limited to anything but its conventional and expansive meaning. No formal inquiries, declarations or even express utterances were required. Judge Barrett’s interpretation of the clause at Hillsdale supports such a reading.

This raises the question of whether Barrett’s religious beliefs and the degree to which her statements, writings, and judicial opinions conform to those beliefs, were a critical part of Trump’s decision in nominating her and hence violated the religious test provision. There is more than enough evidence in the public record to support the filing of a complaint that the Constitution was breached: according to published reports from sources within the Trump administration and his re-election campaign staff, with Trump trailing in the polls and with the polls showing a decline in his support among evangelicals (a group perceived to be essential to his re-election), Trump decided to nominate a judge who had been pre-approved by evangelical leaders. After consulting with evangelical leaders, he chose Barrett.

There is more than enough evidence in the public record to support the filing of a complaint that the Constitution was breached.

Such a decision was consistent with his creation of the “Evangelicals for Trump” coalition at the beginning of his re-election campaign, assurances he made to evangelical leaders leading up to and during the selection of Barrett, and statements made by Trump’s staff with respect to his selection of Barrett.

Nor is it necessary that the nominee, Barrett, agree to vote in conformity with a particular religious doctrine or even be informed of the reason for their selection. If a religious criterion was essential to Trump’s decision, then Article VI was violated.

The appropriate place to resolve this issue is the federal judiciary. In a series of analogous cases—those involving the constitutional provisions which set forth the qualifications for members of Congress—the Supreme Court has upheld the power of the courts to review and decide such cases.

In Powell v. McCormack, the Supreme Court addressed the issue of whether Congress, in voting to exclude Adam Clayton Powell from the House of Representatives, had infringed those provisions of the Constitution which describe the qualifications for members of Congress. The Court held that cases involving qualifications set forth in the Constitution were within the purview of the federal courts and that it was the responsibility of the courts to enforce those qualifications. “Especially is it competent and proper,” the Court stated, “for this court to consider whether [the legislature’s] proceedings are in conformity with the Constitution and laws because, living under a written constitution, no branch or department of the government is supreme.” For this same reason, lower courts have recognized suits against government officials based on the religious test clause.

To exclude the federal courts from determining whether the selection of Supreme Court nominees violated the Constitution’s provisions regarding their qualifications would give to the President and Senate the ability to alter the Constitution at will.

To exclude the federal courts from determining whether the selection of Supreme Court nominees violated the Constitution’s provisions regarding their qualifications (such as the religious test clause) would give to the President and Senate the ability to alter the Constitution at will. The authors of the Constitution anticipated and opposed this: “The qualifications of the persons who may choose or be chosen,” Alexander Hamilton wrote in the Federalist Papers 371, “are defined and fixed in the Constitution, and are unalterable by the legislature.”

To give themselves enough time to consider and decide the issues raised by the constitutional challenge, the courts have the power to enjoin Barrett from taking office until the issue is resolved. Such injunctions are commonly issued by state and federal courts to prevent  judicial nominees, elected legislators, and other officials from assuming office until legal cases have been resolved.

Any injunction or decision is likely to be appealed. A ruling at the appellate level, in turn, would go to the Supreme Court, where, with only eight members, the vote of an equally divided Court would affirm the appellate court’s decision. Should Biden take office with an injunction still in place, he could, as President, withdraw the Barrett nomination and submit one of his own.

Consistent with Barrett’s own view of the religious test clause, a suit should be filed in federal court at the earliest opportunity to give the courts, the Senate, and the public the time to consider and decide the constitutional issues raised by her nomination. 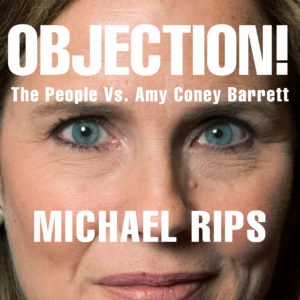 Michael Rips is the author of The Golden Flea, Pasquale’s Nose, and The Face of a Naked Lady. He clerked for Supreme Court Justice William Brennan and Judge Henry Politz of the Fifth Circuit Court of Appeals; he writes and lectures on constitutional law and has practiced constitutional appellate litigation, including landmark cases before the Supreme Court. Rips is the author of three volumes of memoir: The Golden Flea, The Face of a Naked Lady, and Pasquale’s Nose. He is the executive director of the Art Students League of New York and lives in the Chelsea Hotel in New York City.

A Book to Conjure Nature, When We
Need It Most 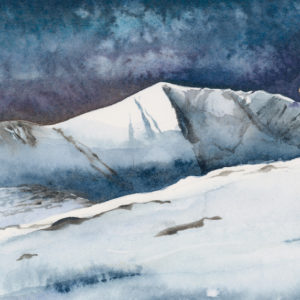 A Book to Conjure Nature, When We
Need It Most

In a perfect world I would have had this conversation with Robert Macfarlane and Jackie Morris in a cozy pub in the English...
© LitHub
Back to top
Loading Comments...