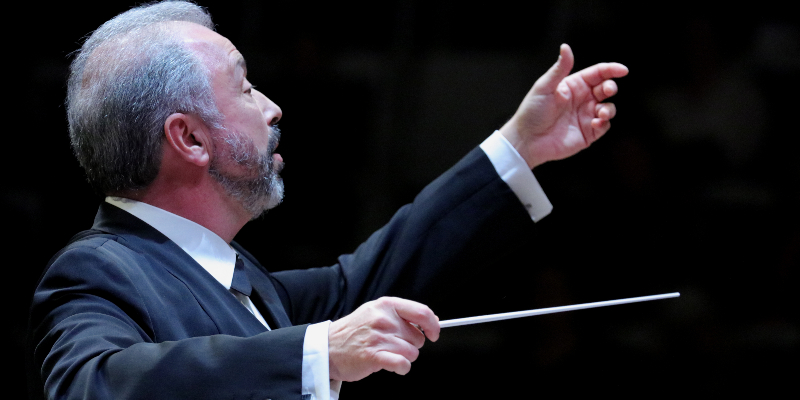 On today’s episode, Andrew talks to musician and composer Dmitry Sitkovetsky about the concept of genius, a more democratic orchestra, and what he’s listening to right now.

Andrew Keen: So it’s that curiosity, Dmitry, which has led you not only to become one of the world’s leading violinists but also conductor and arranger. I’m curious, on the conducting front, you said—I’m quoting you here in a recent TED talk—you said, “When it comes to the orchestra, there’s no difference in age, sex, race, religion, politics.” Dmitry, are you falling into this American trap of fetishizing democracy and idealizing the orchestra as a vehicle for this?

Dmitry Sitkovetsky: No, but it’s true that very few art forms could claim the quality that, you know, a bunch of people with completely different backgrounds—providing they’re all great professionals—they come together, some of them do not get along in real life at all, and regardless of their age, sex, religion, color of skin, background, our political beliefs, for those two hours, an hour, or even ten minutes, they have a chance to be transported and to become greater than what they are individually. And that’s a miracle of orchestra. That’s a miracle of music. I don’t think there is any art form where in real life you can actually do it.

Andrew Keen: Dmitry, you’re the founder of the New European Strings. You’re doing a lot of live stuff now online. It’s deeply democratic structurally and I think culturally, and of course dramatically contrasts with the more traditional 20th-century conductor culture of a Toscanini or a Karajan. Are you critical of that old model of a Toscanini, a Karajan? Are those days past now, where men could bully the orchestra into performing great music?

Dmitry Sitkovetsky: I think so. Those days are past. I would not undermine the importance of those, what I call the Farallones of the past. They did build fantastic—

Dmitry Sitkovetsky: I mean, I heard live, for instance, Leonard Bernstein, he was certainly. And I met Karajan, I heard Karajan, who also was a great orchestra builder. But those relationships of the dictator and people who follow their every desire and every whim and sometimes temper tantrums and everything. Toscanini certainly was known for his outrageous—

Andrew Keen: He was notorious, Toscanini.

Dmitry Sitkovetsky: Yeah, yeah, he even blinded one of his musicians by accident by sticking the baton in his eyes. He just couldn’t control his temper. These days, you have to control everything you say, everything you do, and it’s just a different environment.

Dmitry Sitkovetsky is one of a rare breed of artist whose career successfully manifests itself in many artistic fields. As a violinist, Sitkovetsky has performed with a number of the world’s leading orchestras including the Berlin, New York and Los Angelos Philharmonic Orchestras, Leipzig Gewandhaus, London Philharmonia, London Symphony, NHK, Chicago, Philadelphia and Cleveland orchestras. He has performed at a number of high-profile festivals including Salzburg, Lucerne, Edinburgh, Verbier, Istanbul and the Georges Enescu festival as well as being a founding artist of the IMG Tuscan Sun Festival since 2003. He has also built a flourishing career as a conductor. In 1996, he was appointed Principal Conductor and Artistic Advisor of the Ulster Orchestra for five years, in 2001, was appointed Conductor Laureate, and from 2002-2005 held the position of Principal Guest Conductor of the Russian State Orchestra. In 2003, Sitkovetsky was appointed Music Director of the Greensboro Symphony Orchestra, and in 2006, named Artist-in-Residence of the Orquesta Sinfonica de Castilla y Leon (Spain), positions he still holds. In Spain, the position involves orchestral touring, conducting, playing as a soloist and in chamber music as well as giving masterclasses. As a guest conductor, he has worked with the London & Royal Philharmonic Orchestras, BBC, San Francisco, St. Louis, Seattle and Dallas Symphony Orchestras, Santa Cecilia, Ensemble Orchestral de Paris and the St Petersburg Philharmonic. Sitkovetsky was born in Baku/Azerbaijan, but grew up in Moscow where he studied at the Moscow Conservatory and, after his emigration in 1977, at the Juilliard School in New York. Since 1987, he has been living in London with his wife, Susan, and their daughter, Julia.

The Lasting Legacies of Voter Suppression and
the Electoral Fix 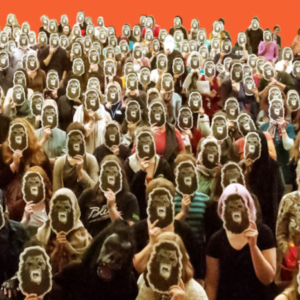 It’s an outrage that museums in a wealthy country like the US must rely on billionaires to exist. If that’s the system...
© LitHub
Back to top