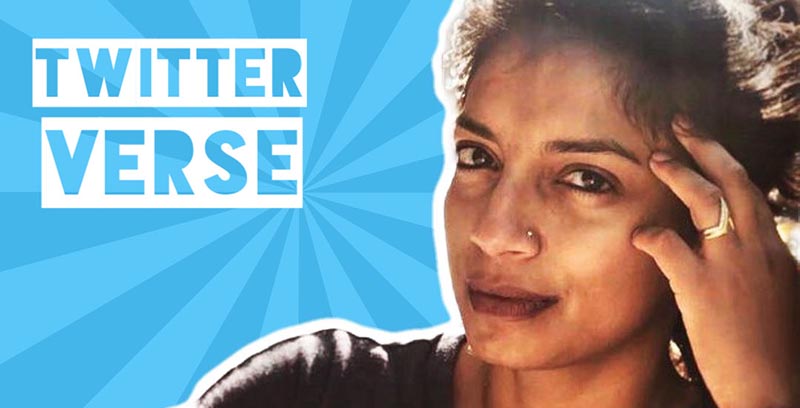 Diksha Basu: What Do You Do When You See Someone Reading Your Book in Public?

Novelist Diksha Basu is a national treasure who joins Gabe on the show today. Diksha generously cracks open her heart open so that she and Gabe can carefully examine the contents therein. And what they find is her fabulous grandmother as well as her squad of powerful and hilarious aunts: these women in New Delhi have not just shaped who Diksha is but have armed her with invaluable tools to contend with the messiness of life. Not least of which is a willingness to buck certain traditions associated with being an Indian woman and a near superhuman facility with jokes. And Diksha makes a strong case for the hard-won joy that can be found after surviving the psychic bumps and bruises that are part of finding oneself as an artist.

I SAW SOMEONE READING ONE OF MY BOOKS BY THE SWIMMING POOL and I ducked into hedges to hide for reasons unknown to myself and now cannot bring myself to emerge.

For ⁦@TheCut⁩ ⁦@NYMag⁩ I wrote about my beloved grandmother and my family’s refusal to be nice to each other.
With thanks to ⁦@jngann⁩ https://t.co/9P1CjxJPhz

Diksha Basu: [My grandmother] was very bound by the traditions of the India that she grew up in. Her father died when she was two. She had no brothers. So she grew up without the societal protection that having a close male family member gives you in India. When she was growing up, I sort of became aware of this as I got much older because when I was younger I was quick to judge … she always did all the cooking, trivial markers. But then as I got older, I saw her deep-seated feminism, for which she never had the language, because that was just not the world that she grew up in.

Gabe Hudson: How did that manifest?

Diksha Basu: A very specific example is that when in 1996 my grandparents were traveling from America back to India after a holiday and at Heathrow Airport, my grandfather walked off the plane, fell to his knees and died of a heart attack in front of my grandmother. If she had never known a new life except the one with whom she had been married to him at 15, it was a very happy marriage. It was a very traditional marriage in the sense that he was the owner. He did all the paperwork. She ran the home. He did everything logistical.

When he passed about five or six days later, she flew back. She got out of the car in Delhi. She was only 65 at the time, her hair having gone from black to gray seemingly overnight. I remember her being sort of held up by my father and other sons-in-laws as she came into the only home she had ever lived in and she took over her life. My mother, her sisters, they asked her if she wanted to come to live in America. They asked if they should stay with her. She said no to all with the strength that I have never witnessed sense in anybody. She said, I’m not going to switch to wearing all white saris my other grandmother did. When that grandfather died, she said, I’m not going to remove my bangles. I’m not going to remove the powder from my face. I’m going to keep the color in my life. I’m going to live in this home. I’m going to live by myself, and I’m going to continue to live well. And that’s what she did.

happy birthday to @kaushikcbasu whom I thank for both my nature and nurture and for whom I knitted this extraordinarily stunning scarf AND who let his granddaughters put a little party hat on him pic.twitter.com/5i8sG4zDoT

Diksha Basu: Now, I do hope people look at this picture because not only is the scarf stunning, but it’s also inappropriately long because I don’t really have a sense of knitting.

Gabe Hudson: It’s like a whole other person draped on top of your father.

Diksha Basu: That tweet, he saw it and he retweeted it and we never spoke of it.

Gabe Hudson: How has the influence of your kids on your own life [been with depression]? Has it extinguished to some degree the depression, just because you’ve got to move with them so quickly?

Diksha Basu: That does help certain things. First, my first actual bout of depression was postpartum. I went to my doctor and so it was diagnosed, and it was treated. It was incredible to have the treatment. I had just never thought something like that was possible.

I had never taken anything of any sort before, so maybe that was part of what helped. I did an eight-month course of Zoloft, and I remember having this sort of distinct feeling. One day I was in a rickshaw driving home and I remember looking out and suddenly feeling as though I could see the outline of each individual leaf on a tree. It pulled me out, and I think I got so scared and so vulnerable when I had children, right? It was as if this part of me was just out in the world that I could not and cannot possibly protect fully forever.

And so on the one hand, yes, I did quite literally have less time for depression. On the other hand… I write about these things I do get people to respond to. I acknowledge that it’s worth talking about, especially as an Indian woman who never talk about these things. But, you know, now my kids, they’re learning so quickly and that’s why I feel guilty about this.

when I lock them out because I’m working pic.twitter.com/nWCnTE4Spf

Diksha Basu: Ithink it’s hilarious. I think it’s sharpens my brain because I want to keep working and I want to do it in the midst of this chaos in my home. And I sort of love that balance because, you know, in many ways my life is quite so delightful. I used to party all night, I used to drink, was an art and I used to make lots of questionable decisions.

I think that’s why I like talking to you because I think we’ve both gone through that and then found this loveliness in silence and serenity and solitude right out and go to bed at nine and I wake up at four. But so the chaos is now there’s controlled chaos. It’s chaos that doesn’t lead to a morning of shame and self-loathing.

Diksha Basu is the internationally best-selling author of the novels The Windfall and Destination Wedding. She teaches in the MFA program at Columbia University.

Spare Me the Humblebrag: David G. Myers on the Virtues of Humility 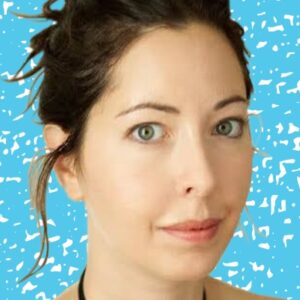