Did Mark Twain Anticipate the Nazis?

Rebecca West Seems to Think He Did

In 1981, British author Rebecca West was interviewed by fellow writer and compatriot Marina Warner for The Paris Review. Their conversation, shared as part of the magazine’s renowned series “The Art of Fiction,” meanders from West’s literary influences to her experiences with fascism, which she explored extensively in her travel writing from Eastern Europe in the 1930s through her coverage of the Nuremberg trials for The New Yorker.

Those two subjects—literary influences and fascism—are connected by an unexpected element in West’s interview, as she says:

I longed, when I was young, to write as well as Mark Twain. It’s beautiful stuff and I always liked him. . . . He was a man of very great shrewdness. The earliest article on the Nazis, on Nazism, a sort of first foretaste, a prophetic view of the war, was an article by Mark Twain in Harper’s in, I should think, the 1890s.

A basic understanding of history belies West’s comments. Mark Twain died in 1910; the Nazi Party that Adolph Hitler led into infamy was founded in 1920. There is no apparent overlap during which Twain could know of, much less write an article about, Nazis.

Yet the mistake is not with West, but with that perfunctory understanding of history. After all, for her, this was not “history”—these were the times she lived through. And she may be right: Twain might have written the first article on Nazism. His vision might have been so keen that he saw the first Nazis marching decades before anyone flew the swastika flag.

Published in Harper’s Magazine in 1898, “Stirring Times in Austria” was one in a series of articles that Mark Twain wrote while traveling through Europe before the turn of the century. In it, Twain recounts the political scene in Austria in late 1897, paying special attention to the happenings of parliament in Vienna. “The atmosphere is brimful of political electricity,” is how he puts it.

As Twain explains, the Austro-Hungarian Empire of the time was a patchwork of peoples. The Germans, Hungarians, Czechs, Serbians, Croatians, Poles, Ukrainians, Romanians, Slovaks, Slovenes, Italians and others who made up the empire all had their own cultures and political ambitions. But rather than tearing them apart, these differences kept them chained together, as they were unable to meaningfully organize to challenge the ruling imperial system. As Twain is told by an Austro-Hungarian, “All the nations in the empire hate the government—but they all hate each other, too … The nation that rises must rise alone; then the others would joyfully join the government against her.”

Twain recounts one of these rows. In order to cinch a majority with the aid of the Czechs, the reigning parliament declared theirs the official language of Bohemia. Incensed, the German opposition resolved to delay a vote on the financial terms of continued Austro-Hungarian unity, threatening to tear the Empire in half. The opposition’s obstruction was met with the majority’s disregard for procedure, and rather than either side backing down, the animosity only grew. Obstruction gave way to sabotage, shouts to insults (“Jew” is a favored slur), fistfights to bludgeonings. After the majority forced through legislation which allowed them to literally throw out unruly members of parliament, the opposition physically forced the majority leader from his stand.

And then, as Twain puts it, “We see what history will be talking of five centuries hence: a uniformed and helmeted battalion of bronzed and stalwart men marching in double file down the floor of the House—a free parliament profaned by an invasion of brute force.” The police cleared the majority leader’s rostrum of opposition members, ejecting them, and then standing guard so that parliament could proceed. Twain describes how, in the following days, the majority fell apart, pogroms broke out across the empire and martial law was enacted. He intimates that neither parliament nor constitution nor monarchy might stand for long.

It’s certain that the article by Mark Twain that Rebecca West refers to in her Paris Review interview is “Stirring Times in Austria.” Besides correctly identifying the publication and guessing its date to within the decade, West also describes other aspects of the story— some accurate, yet others apparently not so.

One person who West highlights from Twain’s article is Karl Lueger (misspelled “Luger” in The Paris Review). Lueger is identified by Twain as the mayor of Vienna, a member of the Christian Social Party and one voice in a quarrel, but nothing further. Today, Lueger is recognized as advancing political anti-Semitism so far as to make it a social force dominating everyday life in turn-of-the-19th-century Vienna. Adolph Hitler, who in his early twenties lived in Lueger’s Vienna, spoke of the mayor favorably in Mein Kampf, writing, “If Dr. Karl Lueger had lived in Germany he would have been ranked among the great leaders of our people.”

Regarding Lueger’s Christian Social Party (which Twain sometimes refers to as “Socialists,” although they were as socialist as the National Socialists—that is to say, not), Twain identifies them as the opposition that physically removed the majority leader from parliament before being put out themselves by the police. Thirty-six years later, in 1933, the Christian Social Party joined the Fatherland Front, the ruling organ of Austrian fascism. For his part, Hitler believed that the Christian Social Party was “anti-Semitic only in outward appearance” and that this was “worse than if it had made no pretenses at all to anti-Semitism; for the pretense gave rise to a false sense of security among people who believed the enemy had been taken by the ears.” The Fatherland Front was banned in 1938, when Hitler annexed Austria.

West also mentions a George Schwartz, “who started the first Nazi paper,” yet he is not named anywhere in Twain’s article. It is possible that she meant Georg Ritter von Schonerer, whom Twain describes as a bull of a man, charging crowds and threatening violence. Beyond Twain’s work, Schonerer was the founder of the Pan-German Party, as well as a virulent anti-Semite whose followers addressed him as “Fuhrer” and greeted him with “Heil.” Hitler wrote that Schonerer had “the wisdom of a prophet.”

As far as the “first Nazi paper” goes, it’s possible that West conflates Schwartz (that is, Schonerer) for Lueger. The latter was publisher of the Deutsche Volksblatt, a newspaper so violently anti-Semitic that Vienna’s Archbishop denounced its “heathenish race hatred.” Even Hitler writes that he was “not in accord with [the Deutsche Volksblatt’s] anti-Semitic tone” when he first began reading it, but “again and again I found that its arguments gave me grounds for serious thought.”

The last particular that West ascribes to “Stirring Times in Austria” is “the very first notice that I’ve ever found of the Austrian Nazi Party, that started it all” yet that name is nowhere to be found in Twain’s article. The Austrian Nazi Party (officially the German National Socialist Workers’ Party) was formerly the German Workers’ Party—which was founded six years after Twain’s article was written. But among the party’s founders is Karl Hermann Wolf, whom Twain focuses on throughout his article as the lead obstructionist and open proponent of violence, exclaiming in parliament, “We intend to find out, here and now, which is the hardest, a Pole’s skull or a German’s!” (emphasis Twain’s). At the time, Wolf was a member of the German Radical Party. He would go on to found the German Workers’ Party in 1903, which became the Austrian Nazi Party in 1918 and developed many of the ideas that Hitler adopted with the German Nazi Party in 1920. It is a lineage that, in Twain’s article, is as paradoxically clear as it is hidden. Like a monstrous family tree, you’ve got to dig up the roots before you can find where the poison fruit came from.

Still, the question remains: Did Mark Twain really see the seeds of Nazism decades before they sprouted? Or is Rebecca West mistakenly imbuing one of her earliest literary heroes with her own personal understanding of fascism?

While West undoubtedly picks up on the personalities in Twain’s article who would go on to deeply influence Adolph Hitler and widely shape Nazi ideology, Twain himself glosses over the aspects of these men that struck Hitler or provided the building blocks of Nazism. The opportunistic anti-Semitism of Karl Lueger and his Christian Social Party are never mentioned. Georg Ritter von Schonerer’s violence is described as typical of the wider scene in parliament—his cult of personality completely unremarked upon. And though the men who were arguably responsible for the first Nazi newspaper and the original Nazi party are indeed in the room, Twain is ignorant of these facts.

What Twain does understand is the dynamic at work: the breakdown of a society that claims to predicate itself on the rule of law and civil government. In a supposedly republican body like parliament, the brandishing of weapons by politicians is only upstaged in alarm by the sudden appearance of the police, who restore order by force. The necessity of martial law in the halls of power reveals that a government apparently based on principle is in fact based on violence. Once that’s understood, fighting becomes just another tool alongside legislating to be leveraged in the political arena. Realpolitik is realized in the starkest sense possible.

The fascist use of force to subvert supposedly republican means of governance, which leads to escalating violence all around, is something Twain perceived clearly. The Holocaust is not. He gives no indication that he saw genocide over the horizon—not in this article and not in the follow up, “Concerning the Jews,” in which he acknowledges the role of Jews as scapegoats in the Austro-Hungarian Empire. This is where West has the benefit of hindsight: Twain could see the imminent collapse; West was able to recognize that wreckage as the raw material of the concentration camps. According to West, Twain saw “what it must all lead to,” but he couldn’t have even imagined it. Only someone like West, who had lived through it and had the perception to connect the dots, could see the line from Twain’s reporting in 1897 to Nuremberg in 1945.

We’ve yet to come upon the 500-year mark through which Twain believed we would still be speaking of the police invasion of parliament in Vienna. Hardly 120 years have elapsed and already we fail to acknowledge the event as even noteworthy. This isn’t reason to pan Twain’s opinion, but to concede the unimaginable horror of the last century. And, perhaps in speaking to West’s point, Twain’s article is an opportunity to understand that the seeds of fascism take root long, long before they finally spring up.

Life as a Trans Man in Turn-of-the-Century America 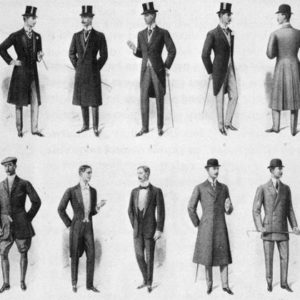 Life as a Trans Man in Turn-of-the-Century America

In 1902, 33-year-old Harry Gorman was hospitalized in Buffalo, New York, after he suffered a serious fall that broke one of his legs....
© LitHub
Back to top