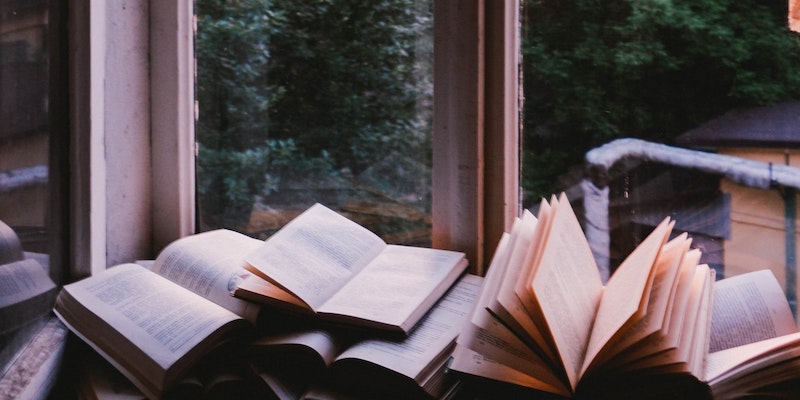 Defamiliarizing the Mother Tongue: On Immigration’s Impact on Learning and Losing Language

One summer when I was eight years old, I returned from camp sick with longing for home and my parents and found my mother not quite as I remembered her. Her features were unchanged and when I buried my face in her neck, she smelled as she always had—but something unfamiliar had stolen into her voice and mannerisms. There was a slight jitter in the alignment between my memory of her and her actual presence.

I remember in those first days back home being cautiously formal around her, observing her closely, as if this version of my mother might behave in ways I could not predict. This feeling dissolved within a week, as the gap between my mind’s image of my mother and the reality of my mother gradually filled in. But I would remember it years later, as shocking evidence of how quickly memory estranges you from even the ones you know most intimately, when I heard a widow talk about the memory of her husband beginning to fray.

A similar feeling, around the fraying of my mother tongue, has followed me throughout my adult life. Czech is the language I was born into, the language of my first words and sentences. It is also a language from which I have been separated for much of my life. The slippage between this language and my memory of it, complicated by the profound attachment I have to it, continues to define my relationship with Czech. It has also come to shape my practices as a writer.

I do not write in Czech. In fact, English is the only language in which I am at all competent as a writer, even though it was the fifth language I learned, due to my family’s circuitous migration that began with us fleeing our homeland as refugees, then rattling around Europe for two years, and eventually settling in Montreal.

It was only in kindergarten that I first came into sustained contact with English, but this new language soon elbowed aside all the others that had begun to make their home in my brain. Even my native tongue was overwhelmed; within a year of starting school, my siblings and I were already speaking English with each other at home, and when my baby sister was born, I eagerly indoctrinated her, with the zeal of a new convert, into the language I knew to be favored in the big world outside our home.

My experience is typical of so many immigrants who arrive to their new homes as children. The language in which I first became a verbal creature, whose byzantine grammar I had already mastered, the language in which I was sung to, scolded, and swaddled in tenderness, slowly receded from my mind.

Adult immigrants do not lose their native tongues, even if without regular practice, they find that its words do not spring to mind as readily as they once did. When they speak their adopted language, their accent remains a permanent marker of that other language that formed them. But child migrants undergo a true linguistic transformation; their native tongue is not stable enough to survive long periods of disuse. It easily capitulates to the newcomer. It becomes fragmented, unreliable, its details faded, like the memory of a mother from whom one has been separated for too long.

In recent years, I’ve done my best to recover some of my Czech language abilities, but the jitter of misalignment persists. In Czech, I am shy, stilted. The reality of this language constantly jars me. It behaves in ways I can’t predict, especially when it comes out of my own mouth—I once mistakenly stated my occupation as savior (spasitelka) rather than as mere writer (spisovatelka). I bungle its intricate system of marking seven different cases, even though the five-year-old I used to be easily shifted the shape of nouns depending on their role in the sentence. The language’s far shores are inaccessible to me; having never worked or studied in Czech, I am inept at articulating my political views in this language or even discussing the details of the book I recently wrote (in English) about it.

And yet, Czech remains my mother tongue, the language in which the dramas of my childhood unfolded. My most unruly passions and rages, not yet restrained by maturity or training, were expressed in this language. Psychologists have demonstrated that our memories of events are closely entwined with the language in which those events took place. My own early memories of our life as refugees and new immigrants are among my most vivid ones; they did not take place in English, the language in which I write. Even now, merely hearing Czech can shake loose certain childhood memories, infusing them with a vitality that is never quite there in English.

Czech has for me neither the automaticity of a mother tongue retained over a lifetime nor the emotional coolness of a language learned later in life.

This might seem a terrible bind for a writer: the language that is most emotionally resonant for me is a language in which I stumble, tongue-tied. In reality, it is a gift.

Writers are always at risk of falling into familiar habits of language. They are linguistic experts, people who spend their lives wallowing in verbiage, devouring and producing many more sentences than the average person. Their depth of experience allows them to manipulate words with ease and efficiency, but it also brings with it the dangers of automaticity. The paradoxical task of the writer is to swim against the powerful currents of her linguistic experience, which constantly try to force her into the widest channels, towards words and structures that she has heard or read many times before. To escape the pull of cliché and inert metaphor, writers devise various exercises for themselves and their students.

The Czech language is my own escape from the ruts and routines of language—when I’m immersed in it, I couldn’t sink into a pleasant lull of predictability if I wanted to. In Czech, I permanently inhabit that uncanny feeling I had as a child in my mother’s presence after summer camp, that sense of returning home after a too-long absence and being restored to a parent who sparks fierce love but also requires careful scrutiny. It is unsettling and often uncomfortable. Czech has for me neither the automaticity of a mother tongue retained over a lifetime nor the emotional coolness of a language learned later in life. But it’s in this liminal, ambiguous space that I most easily enter a creative state as a writer.

In literature, much is made of the notion of defamiliarization, the practice of using language in a deliberate way to transform familiar experiences—those we accept automatically, without questioning them—into strange ones that can be seen with new eyes. The Czech language is a portal that grants me instant entry into a defamiliarized state; I am always partially estranged from the language that is embedded most deeply within me. Even the most commonplace words or phrases, easily passed over by Czech speakers for whom the language has become automatic, leap out at me as beautiful and peculiar, all while igniting fireworks of memories and associations. I would never inflict my dilapidated Czech upon any reader, but when I am trying to write something new or difficult, I’ve developed the habit of starting my day by listening to a Czech podcast or dipping into a Czech book before beginning to write.

In the Czech language—perhaps because English is always trying to muscle its way in, heightening my awareness of the contrasts between the languages—everyday words send me on imaginative detours. I become alert to sound and syntax. Czech’s syntax is far less rigid than that of English, allowing subjects, objects, and various other phrases to trade their positions in a sentence like spirited square dancers. After a few minutes of listening, I can feel my English limbering up, breaking out of its usual stiffness.

I come across the Czech word blb, and I’m struck by how aptly its sounds convey its meaning. Its English counterpart (“idiot”) is far too elegant; in Czech, I can hear that drunken, slurring middle consonant being propped up by its companions on either side. My own father’s liberal uses of the word reverberate in my mind. A few minutes later, I hear the word used in its adverbial form, when someone says they feel sick—blbě. It is the same adverb one would use to describe performing an action stupidly, and I’m prompted to think of physical illness as a manifestation of the body’s incoherence.

When I mistakenly claim to be a savior rather than a writer, I’m struck with delight at the phonetic similarity between the two words, and this causes me to imagine a job description where both are merged into a single occupation—an idea for a story or essay germinates, becomes embryo.

I suddenly notice, while speaking with my aunt, that Czech has a single word (noha) where English distinguishes between “foot” and “leg.” The same situation arises when one wants to talk about hands and arms, having no choice but to use the single word ruka for either. And while these facts are utterly unremarkable to native speakers of Czech and I’ve never, ever seen them lead to confusion, I’m now led to speculate about the absurdist possibilities—in a surgical setting, say—of such a linguistic conflation.

When reaching for the Czech equivalent of the phrase “fall in love” (se zamilovat), I become aware that its literal translation is something like “to enamor oneself of,” and this leads me down a side path of rumination about the nature of accidental love versus self-inflicted love.

I discover from a book that Czech has a specific word, červánky, to refer to the red clouds that appear in the sky around sunset. And then I think: if any language would have such a word in its poetic treasury, of course it would be Czech. And I feel compelled, in English, to write a description of the sort one would write if English were a language that contained a word like červánky.

Most valuable of all is the general mood that settles into me when I’m in the presence of Czech, which I then allow to seep into my relationship with English. I orient to language with a love that is somewhat unrequited and therefore slightly dangerous. I give myself over to the fascination and longing that a child directs at her beloved, elusive, partly-forgotten mother. I become aware that, as intimately as I may know even the English language, it always withholds a part of itself from me, keeping its own secrets. I will never be able to truly possess it, keep it fixed and unchanging inside me.

Then, I can begin to write. 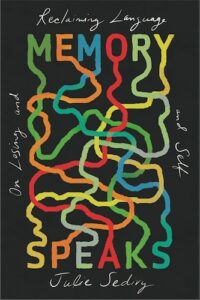 Excerpted from Memory Speaks by Julie Sedivy. Copyright © 2021 by the author and reprinted by permission of Harvard University Press

Julie Sedivy is a Calgary-based writer and language scientist whose work ranges from the scientific to the literary, and includes everything in between. She has taught linguistics and psychology at Brown University and the University of Calgary, and has published a textbook (Language in Mind) on the rapidly growing field of psycholinguistics. She also writes for general audiences about language, how it sets up camp in the human mind, and how it plays out in human interactions and in society at large. Her latest book is Memory Speaks: On Losing and Reclaiming Language and Self. 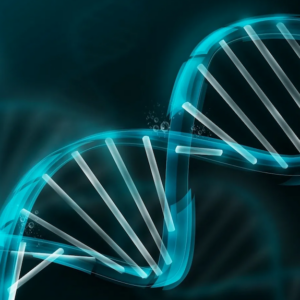 “The laws governing inheritance are quite unknown; no one can say why the same peculiarity in different individuals of the same...
© LitHub
Back to top
Loading Comments...