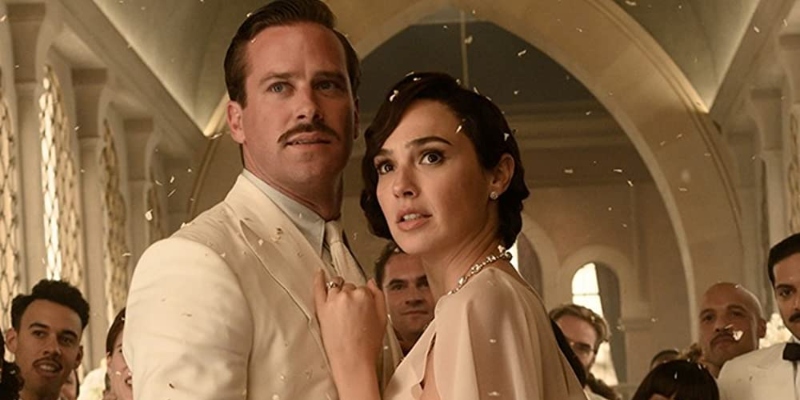 Despite Branagh’s Best Efforts, the New Agatha Christie Adaptation Soured on the Shelf

Since Agatha Christie introduced Hercule Poirot in The Mysterious Affair at Styles (1920), the brilliantly mustachioed detective has been a mainstay of whodunnit TV and film. It doesn’t take a sleuth to figure out why: Christie wrote Poirot into 33 novels, two plays, and more than 50 short stories, meaning there’s never been a shortage of source material for Hollywood to adapt.

Poirot’s latest cinematic case is Death on the Nile, the sequel to 2017’s middling Murder on the Orient Express. Once again helmed by and starring Kenneth Branagh, Death on the Nile mimics many of the same beats of Christie’s 1937 book of the same name, right down to the Karnak, the luxury steamer that serves as the setting for much of the tale’s bloody plot.

What this Death on the Nile adaptation also has is drama behind the camera, with almost a quarter of its marquee cast embroiled in at least one scandal since the movie was shot in 2019. Armie Hammer spectacularly and rightfully fell from grace in 2021 when text messages emerged revealing he was cheating on his wife with multiple women, had an interest in erotic cannibalism, and had frequently pushed women beyond what they were comfortable with sexually. A number of assault allegations then emerged, including a rape claim investigated by the LAPD. He was quickly dropped by his agents, fired from all future roles, and has been hidden away in a Caribbean rehab ever since. (Disney reportedly considered reshooting Hammer’s part in the movie with a new actor—a la what happened with Kevin Spacey’s role in All the Money in the World and Chris D’Elia’s part in Army of the Dead—but decided it would be too expensive, choosing to roll the dice with audiences instead.)

Meanwhile, Hammer’s co-stars Letitia Wright and Russell Brand have been outspoken purveyors of COVID misinformation—a bitter irony considering the number of times COVID concerns have delayed the release of Death on the Nile. (Don Cheadle, one of Wright’s Avengers co-stars, called her beliefs “hot garbage.”) And that’s not even getting into Gal Gadot’s status as one of Hollywood’s most polarizing stars, after her ill-advised “Imagine” video in March 2020 and recent casting as Cleopatra in an upcoming biopic.

Suffice it to say, objectively watching Death on the Nile is incredibly difficult, if not impossible. The film opens during WWI as a young Hercule Poirot—shot in black and white, a la Branagh’s latest film, Belfast—uses his keen skills of observation to keep members of his brigade mostly out of harm’s way. Something goes awry, of course, and Poirot is left with a gaping wound on his face—hence the mustache—as well as an increasingly complicated relationship with Katherine (Susannah Fielding), the love of his life.

Objectively watching Death on the Nile is incredibly difficult, if not impossible.

Flash forward 20-odd years and Poirot slinks into a London nightclub, where he watches a young couple played by Hammer and Sex Education’s Emma Mackey grind it out on a dance floor, doing moves so intimate and racy that viewers might feel like voyeurs. Enter Gal Gadot as swanky heiress Linnet Ridgeway, who’s friends with Mackey’s Jacqueline de Bellefort and is quickly convinced to hire Hammer’s Simon Doyle as her estate manager. They seal the deal with a salacious dance of their own, and—bam!—three weeks later, they’re married, with de Bellefort seemingly left in the dust.

Knowing what we now know about Hammer, the scene—which is meant to inspire sexy intrigue and romantic plot-setting—is cringe-inducing at best and offensive at worst. What follows for Hammer’s character—who, it should be noted, was mostly cut out of the trailer and didn’t receive his own poster but is still very much a main protagonist in the movie—is a storyline that involves the women fighting over who’s been able to satisfy him sexually, with Jacqueline declaring she’s so irrevocably in love with him that she’d rather die than see him with anyone else. Even removing Hammer from the story, it’s enough to make a viewer want to scream, “Move on!”

If viewers can get past all of that—and, honestly, they probably shouldn’t—Death on the Nile has little else to offer besides sumptuous faux-Egyptian settings and interestingly framed shots. The rest of the cast is solid enough, with veterans like Annette Bening, Jennifer Saunders, Dawn French, and Sophie Okonedo lending some welcome grown-ass woman energy to the film, but some of the quartet’s beats feel a bit predictable. Tom Bateman makes a welcome return as Poirot’s goodtime guy pal Bouc, though, and Ali Fazal makes a solid impression as Linette’s squirrely cousin and business manager, Andrew.

Christie’s original tale is a solid story, told well, and Branagh is both a very good Poirot and a very good director.

The plot appropriately twists and turns, deviating only slightly from Christie’s original work and mostly in ways that either modernize the story or are more cinematically striking. (One of the murder victims ends up caught in the Karnak’s waterwheel, which certainly makes for a memorable visual.) Interrogations are performed, Poirot mystifies and manipulates, and ultimately—spoiler alert!—a murderer or murderers is caught.

As an Agatha Christie adaptation, Death on the Nile is perfectly serviceable. There’s sex, intrigue, glamour, and blood. Christie’s original tale is a solid story, told well, and Branagh is both a very good Poirot and a very good director. (Belfast, which he also helmed, earned him seven Oscar nominations earlier this week, including nods for Best Picture and Best Director.) The sexual jockeying is a new twist, and one that might have been welcome in a modern update, given audiences’ penchant for salaciousness—but not with this cast, at this time.

Where Nile truly fails is as a movie released in 2022 for audiences who have watched some of Hollywood’s biggest stars—including Hammer, Wright, and Brand—revealed for who they truly are. The action flick might have seemed like good-time, escapist fodder when it was first shot in the fall of 2019, but it’s rotted on the vine in the intervening years.

As yet, there are no plans for Branagh to make a third go at Christie’s Poirot. He hasn’t ruled it out publicly, though, and Nile’s conclusion could leave viewers wondering what’s next for the detective. If anything, it could be an interesting challenge for Branagh, a palate cleanser of sorts: he certainly seems to have perfected his take on the detective, but the series has struggled under the caustic weight of its supporting cast. If Branagh could somehow manage to land a cast that can stay away from scandal for a second—or a lifetime, really—his Christie adaptations could really be something to see.

An accomplished writer and editor, Marah Eakin has worked in entertainment media for over 12 years. She spent over a decade on staff at The A.V. Club before branching out into the freelance world, writing for publications like Vulture, Input, Uproxx, Kindling, USA Today, Cleveland Scene, and Reviewed. Her beat is everything from Sundance to The Price Is Right. Marah holds a Bachelor's of Science in Magazine Journalism from Ohio University, as well as a Masters in Cultural Studies In Education, with a focus on children's media. Prior to her writing gigs, she worked as a publicist in the music business, meaning she'll always try her hardest to respond to any direct PR inquiry. She lives in Pasadena, California with her husband, Andrew, and rowdy twin toddlers, Zella and Eugene. 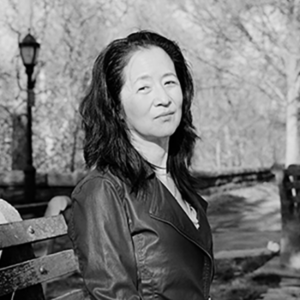 On today's episode of The Literary Life, Mitchell Kaplan talks with Julie Otsuka about her new novel, The Swimmers, out next...
© LitHub
Back to top