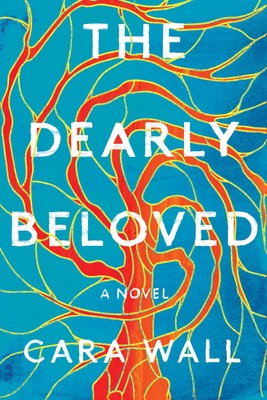 The following is an excerpt from Cara Wall's debut novel. Cara Wall is a graduate of the Iowa Writer’s Workshop and Stanford University. While at Iowa, Cara taught fiction writing in the undergraduate creative writing department as well as at the Iowa Young Writer’s Studio in her capacity of founder and inaugural director. She went on to teach middle school English and history and has been published by Glamour, Salon, and the San Francisco Chronicle.

Lily’s family’s grief was immediate and unassuageable. They fell apart. Entirely. Her aunts took to their beds and the older girl cousins wept for days; in hysterics, they called their friends and cried on the phone. Even months later, there was almost always an aunt weeping over a mixing bowl or wiping her eyes with a flour-dusted apron.

Lily’s mother had loved to bake, had held court in the kitchen as she cut out sugar cookies or spooned biscuits into a skillet. She had talked and baked, and Lily’s older girl cousins had hung on her every word, copied her dresses, styled their hair to look like hers. Now they told Lily, “I wanted to be like your mother. I wanted to be your mother. Now I don’t have any idea who I want to be.”

Lily had never wanted to be either of her parents. When they were alive, she hadn’t fought for space on a kitchen stool next to the girls or hid under the dining room table with the boys while their fathers played endless rounds of hearts in the evenings, hoping to shoot the moon. She had just read all day and wished she lived someplace where she could do that without a boy cousin trying to steal her book, or a girl cousin asking if she had seen her other shoe, or one of her aunts asking her to clean up the dining room table, simply because she was the only child sitting still enough to be found.

Even in grief, Lily wanted to be left alone. She wanted to remember her parents the way they had been with her. The way the three of them had walked home together at the end of every family dinner holding hands. The way her mother had brushed her hair before bed and the way her father had stared into the refrigerator, looking for one last cold 7Up to drink before he went to sleep. Her parents had not been like her, but they had been hers, and it was unbearable to watch people grieve for parts of them she had never really known.

For the first year, she carried a book with her constantly, like an oxygen tank. When she was forced to venture out without one—to help carry groceries or bike one of the younger children into town—she lurched, limped, looked for things to hang on to. The outline of the world—trees, pavement, hands, the tops of buildings against the sky—was too keen, too ready to fall and slice. The unplanned chaos of people moving about her was too much to bear. She needed flat angles, thin pages, to sit quietly with her hair tucked behind her ear.

It was unbearable to watch people grieve for parts of her parents she had never really known.

The problem was that she could no longer follow a story. Every plot seemed contrived to her: the author’s intent too clear, the layers of gears revealed. Characters were strangers. No matter how hard she tried, she could no longer care for them. They were just bland letters on a page.

She could still manage schoolwork. In fact, she liked school even more now, because it hadn’t changed; there were still assignments given, with expected page lengths and footnotes to be organized, grades received. Her teachers would have given her a pass, she was sure, but they couldn’t stop her from handing in work or discourage her from revising for hours to make certain her As were not given out of pity.

Her parents had never cared much about school. “Don’t be so serious,” they said. “Get out and have some fun.” But there was no fun to be had now, so she spent her afternoons in the library, reading textbooks and filling notecards with citations. The library closed at five. Lily packed up slowly and waited as long as the librarian would let her before heading home. It was easiest to time her arrival with Richard’s, so that he could slip in behind him as his children ran downstairs. Every night, as he hugged them and asked about their days, Lily crept away into the living room and continued studying, alone, until dinner.

After a year passed, Richard and Miriam’s house settled back into its routine. The children fed the dog under the table and stole pieces of cake off each other’s plates. Miriam shook her head in exasperation at their antics, shooed the dog outside fifteen times a day, and constantly exhorted everyone to do their chores. But not Lily. She no longer had chores. She was a guest, a doll from another dollhouse family.

Sometimes Lily went back to her old house, climbed the porch steps, opened the door, and flipped the light switch on the wall. The blue living room couch, the hooked rug, the two wooden chairs, the tall lamp with its tasseled shade were still there. The kitchen table and its chairs, the beds in the bedrooms, the bathroom sinks and the mirrors above them had not moved. But grief was there, and absence, and loss. Lily could not stay too long, never past dark. If she did, emptiness bloomed inside her, as big and cold as a night without stars. Sometimes she worried that the darkness would dissolve her, erase her like chalk until she was nothing. One endless ache and then gone.

After a few months more, there was a discussion about money. Richard sat her down in his office and put her parents’ will on the desk in front of her. It was six pages long. He had unstapled it so that he could turn the pages over into a separate stack as he read them to her, two white rectangles on the dark wood, one striped with text, the other blank: two eyes, one opened and one closed.

“It starts with small things,” he said. We, Ava and George, being of sound mind do bequeath was followed by a long list of items that felt trivial to Lily, but she knew would feel important to those who received them. To Aunt Miriam, they left the family silver, which everyone said should have gone to her in the first place. To nieces, they left pieces of jewelry, to nephews, radios and watches. To a pair of uncles, they left two cars Lily never knew they’d owned.

“Those were hot rods,” Richard told her. “They fixed them up together.” His voice was apologetic. She wondered if he thought there was any Earth on which she would ever consider sitting in one of her parents’ cars.

She found that the fewer things she owned, the easier it was for her to contain her grief, to pack it away in the closets and sideboards of her bones.

“Now, Lily, no one wants any of these things soon. In fact, I haven’t told anyone but you about the will. But at some point, people will start asking, and I wanted you to have the facts.”

She nodded. It was as if her parents had left her a Christmas list, asked her to go to the store, buy the presents, and wrap them. Richard turned another page. “And finally, to our darling daughter Lily,” he read. “We leave everything else we own, anything in our possession not mentioned above, including all the money we have managed not to spend, and the house if it is still standing, and of course, all the love we have for her, forever.”

She had begun to cry, silently, at darling daughter, the now-familiar heat of grief climbing like a rash up her throat, behind her cheekbones, to her eyes. By love, tears dripped off her chin onto her lap. Richard handed her a handkerchief and turned to the last page.

There, Lily saw a list of three bank accounts and the value of the house. The amount was absurd to her, because she had never thought about money beyond nickels for library fines. Everything she needed had simply appeared. She did not know how to take this in: her parents’ worth in numbers on the page, the squiggles of a language she had not been taught to read.

“We’ll pay for everything you need right now,” Richard told her. “We want to. But I also want you to know that you’re not dependent on us for your future.”

Future was not a concept Lily could understand.

Still, she tried to move on. She presented everyone with their gifts from the will, and then some. She gave away all of her parents’ clothing. Her cousins and aunts took her mother’s dresses, blue-flowered and pink lace. Her uncles did not fit into her father’s suits, but they took his ties and lace-up shoes. She let the smaller cousins have all the toys and books they wanted. She found that the fewer things she owned, the easier it was for her to contain her grief, to pack it away in the closets and sideboards of her bones.

But every day there was an uncle standing on the lawn, wearing one of her father’s hats, shaking some small, broken thing and saying, “If only George was here to get this up and running.” There were pictures of her parents in silver frames on the mantel of every house she entered, placed at the front and freshly shined.

“Remember when he tried to fix the roof and nailed all those shingles on backward?”

“Remember how breathtaking she was in that ivory strapless gown?” Lily couldn’t get them to stop talking, couldn’t make them understand that every memory unfurled her grief again, like a great wind heaving through the shelves of her being—plates broken, silverware scattered, sheets falling, unfolded, to the floor.

Slowly, she realized that the numbers on the page were like the pieces of a model airplane: everything she needed to build her way out, to get herself somewhere, anywhere, she could be something other than an orphan. So when she was seventeen, she asked her aunts about college, saying, “I want to go to Boston.”

She didn’t particularly want to go east. But she desperately wanted to meet people who did not know the details of her life and with whom she did not have to share her story. She wanted to go somewhere she could choose a day, any day, on which she did not have to think of her parents. She applied to, was accepted by, and left to study literature at Radcliffe.

From The Dearly Beloved by Cara Wall. Used with the permission of the publisher, Simon & Schuster. Copyright 2019 © by Cara Wall.

In Praise of the High School English Teacher 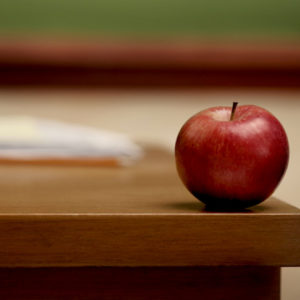 In Praise of the High School English Teacher In this new monthly column for Lit Hub, I’ll be sharing the experiences of high school English teachers across the country—the...
© LitHub
Back to top