A New Poem By Karen Weiser

The epic sequence Dear Pierre that begins Karen Weiser’s new book of poetry, Or, The Ambiguities, is nothing short of a complete redistribution of the possibilities of reading anything straight. Calling to mind a century’s worth of experimentation with line, shape, and space, something in the devastating grief project of Weiser’s verse returns me to a central division in Mallarmé: on the one hand, decades ahead of his time with A Roll of the Dice’s groundbreaking use of space; on the other hand, working on A Tomb for Anatole, an unfinished cry for his lost son in fragmented, heartbroken bursts. We are habitualized to and absorb too many dichotomies in poetry. But perhaps none is more pernicious than the myth that lyrical feeling is antithetical to experimental language, to the poem of thought. Lyric and anti-lyric, erasure and elegy, all the critical terms imaginable have collapsed in Weiser’s descending and ascending text. What is deleted, sometimes a syllable or letter at a time, eventually reveals only further layers of feeling once unavailable to the indifferent silences hiding inside normative syntax. Dr. Johnson famously condemned Lycidas for stating ‘where there is leisure for fiction, there is little grief.’ Karen Weiser has written a mighty poem that settles in my mind the score for good. Hers is a fiction, triangulating overt references to haunted Melville and inescapable explosive echoes of Stein, that permits such grief as perhaps one never thought possible in lyric space. All of poetry’s pathos rises in the gaps and stranded letters of Karen Weiser’s work.

Karen Weiser is the author of the recently released Or, The Ambiguities (Ugly Duckling Presse, 2015), a collection of long poems in correspondence with various books by Herman Melville, and To Light Out (Ugly Duckling Presse, 2010). She is a postdoctoral teaching fellow at Fordham University and is currently writing a libretto for an opera based on the life and music of Kassia, the first great western composer, a 9th century Byzantine nun. To learn more about the opera, visit: http://petergilbert.net/heavensincline/
Share: 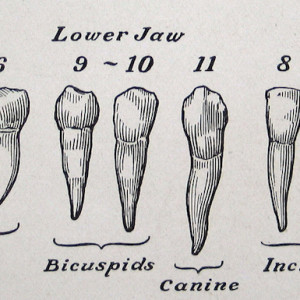 30 Books in 30 Days: Gregg Barrios on Valeria Luiselli In the days leading up to the March 17 announcement of the 2015 NBCC award winners, Critical Mass highlights the thirty...
© LitHub
Back to top
Loading Comments...