Dear New York Times: Climate Denial Has No Place in the Paper of Record

An Open Letter from Writers to the Grey Lady

To the Editors:
We note with disappointment and shock the New York Times‘ decision to hire Bret Stephens as an op-ed columnist. In columns for the Wall Street Journal, Mr. Stephens has baselessly claimed that the abundance of evidence for global warming has been “debunked”; that climate change is an “imaginary problem”; and that those who accept the scientific evidence of climate change are akin to totalitarians, anti-Semites, and Communists.

These claims, and the intellectual dishonesty that underpins them, contradict the central mission of the New York Times, a media outlet that carefully sources its facts and information. Stephens is not just a “conservative voice.” An honest conservative voice may argue about what policies ought or ought not to be implemented in response to climate change. He is in fundamental respects an opponent of truth. It is disturbing that the Times would lend its credence to claims that find no real support in the scientific community and indeed are contradicted by the Times’ own coverage of these issues. To normalize Stephens’ science denialism is to normalize the willful negation and distortion of facts that the Times supposedly resists. 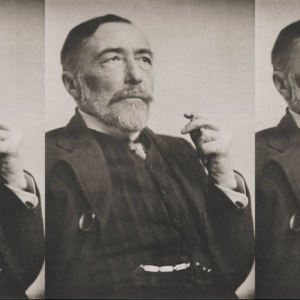 Lit Hub Weekly: April 24 - 28, 2017 Granta has announced their Best of Young American Novelists of 2017: "twenty-one outstanding writers who capture...
© LitHub
Back to top