On the Origins of Hans Christian Andersen's Fable
of Frustrated Affection

In 1836, when Hans Christian Andersen began composing “The Little Mermaid,” one of his soon-to-be-best-known fairytales, he found himself in a deep funk. For over a year, he had been trying—perhaps even obsessing—to win the attentions of a winsome Dane, Edvard Collin, the son of Andersen’s patrician patron, Jonas Collin, who had become Andersen’s official guardian after seeing two of the then-young-and-poor Andersen’s plays at the Royal Theatre of Copenhagen. Like the eponymous tallow candle of one of his earliest stories, Andersen believed his purpose was to brighten the world in some way—but he could only do that, like that candle, in the right hands, which Jonas’s support provided. But when it came to romance, Andersen was more moth than flame. Andersen frequently flirted with men and women alike, and, just as often, he found himself burnt by rejection. (He would fall, the next decade, for the Grand-Duke of Weimar.)

Edvard, in particular, was the candle he danced around, even when staying too near singed his wings. At first, Edvard was standoffish, unimpressed by the peculiar boy his father had brought into their home, but, once Edvard began helping Andersen with his Latin and grammar, they soon became close—in Edvard’s mind as friends, and as would-be lovers in Andersen’s. “I long for you as though you were a beautiful Calabrian girl,” he pined in one letter; then, switching the gender of this dynamic, he wrote yearningly of Edvard that “my sentiments for you are those of a woman.” In another, he confessed to Edvard that during one summer he had brought a “provincial rose” up to his bed, kissed it religiously, and then placed it under his pillow. In a particularly extraordinary composition, Andersen wrote Edvard a poem about a rose that echoes the paintings of Georgia O’Keeffe in its floral eroticism: “Rosebud, so firm and round / Lovely as a young girl’s mouth! / I kiss you as my bride!” The amative poem continues with further kisses and an exhortation to “feel my fire.”

Though Edvard showed no obvious reciprocation of Andersen’s heated advances—if anything, he was naively flummoxed by it at first—the Danish fabulist seemed determined to keep trying, happy to keep flying near his beloved, and hoping he, unlike Icarus, would not burn and fall, but would, instead, convince Edvard to love him in turn. Andersen sent him his stories; once, in 1834, Edvard responded with an indignant letter bewailing that “you write too much!” and have “deplorable productivity,” which nearly broke Andersen—but, as in many unhealthy relationships, Andersen kept at it.

If he was overly aggressive in his advances, it was a desperation perhaps at least partly borne out of the immense pressure and pain of his day to repress his queerness. Andersen felt as intensely as the creatures and persons of his stories. With his long, narrow face, waves of dark brown hair, deep-set eyes, prominent nose, and thin, faintly curling lips, as captured in a well-known portrait by Christian Albrecht Jensen, he perhaps even appeared a bit supernatural himself, a little puckish behind the eyes, all the more so underneath the dignified black suits he had been taught to wear by the Collins, though he also—especially in later portraits—has a faintly haunting melancholy to him.

Why do you call me your “worthy friend?” I don’t want to be worthy! That is the most insipid, boring word you could use. Any fool can be called worthy!…. I have hotter blood than you and half of Copenhagen. Edvard, I feel so infuriated by this loathsome weather! I also long for you, to shake you, to see your hysterical laughter, to be able to walk away, insulted, and not come back home to you for two whole days.

Andersen wanted to be desired, loved; the simple label of “worthy friend” was an insult, a denial. His description at the end of walking away for two days before returning home to Edvard evokes a fantasy of being in a relationship with him, as though Edvard is simply his uncouth boyfriend, and Andersen needs his space. His reference to “hot blood” is likely also partly sexual, a coded way of indicating the firmness of his desires. Later in life, Collin reflected, in his own memoir, that he had been unable to satisfy Andersen’s wishes. “I found myself unable to respond to this love, and this caused the author much suffering,” he acknowledged, even as his own letters at the time often simply expressed or feigned ignorance of Andersen’s lust.

Andersen wanted to be desired, loved; the simple label of “worthy friend” was an insult, a denial.

Hurt by Edvard’s seeming betrayal, Andersen turned to where he always did: his stories. He imagined a world deep beneath the sea, where a mermaid, seeking someone from another world—a human prince—finds herself rejected by him, even after she saves his life and, later, desiring that he see her as beautiful, convinces a sea-witch to give her legs. Nothing works. Unlike Walt Disney’s later, softer adaptation of “The Little Mermaid,” Andersen wrote an ending filled with pathos, where his mermaid, left alone and unloved, “dissolves” into seafoam.

It is an angsty death, arguably even suicide; she literally perishes, as the sorceress foreshadows, from heartbreak at the prince choosing a human instead. Indeed, like the ugly duckling, the little mermaid imagines something is ineradicably wrong with her; spurned, her worst fear of unlovability confirmed, she evanesces away. The aristocratic Edvard was an analogue for the story’s prince, and Andersen, lonely and lugubrious, seems strikingly like his unnamed mermaid. It was ironic, as Edvard and Henriette would remain a close part of Andersen’s life for years to come—but it also made sense, for Andersen’s marriage did signal the slow death of Andersen’s belief in his romantic fantasy.

“The Little Mermaid,” then, becomes more than a memorable fable. It was his attempt to translate his frustrated queer desires into the language of a fantastical story, into a fragment of dream. It was an encrypted, but plain-enough look into the queer love he was never able to find for himself. That he would reveal his desires through a story about things in the deep is only fitting, given what Andersen wrote to Edvard in an 1835 letter. “If you looked down to the bottom of my soul,” he said, “you would understand fully the source of my longing—and pity me. Even the open, transparent lake has its unknown depths which no divers know.” Down there, he suggested, were the mermaids that dare not, or cannot, speak their names (as Lord Alfred Douglas famously wrote of queer love in 1892), the vast sea turtles from past centuries, the slumbering shipwrecks, the lanterns of leviathans that live in the dark, the strange beauties of the self only a brave diver may uncover.

His letter mirrors the actual opening of “The Little Mermaid,” which described the deep sea as a place teeming with life, nearly exactly a century before the first humans would descend more than 350 feet below the surface of the sea during Otis Barton and William Beebe’s epochal 1930 voyage in their claustrophobic, orbital prototype of a submarine, held by a wire from a ship, the Arcturus, off Bermuda; Beebe, a famed explorer, christened it Bathysphere (“deep sphere”). They may not have found mermaids—indeed, the 803-foot descent into the dark punctuated by the stars of bioluminescence was so astonishing that the explorers could hardly keep track of all that they saw—but what they did discover, schools of squid and eel-like fish with astonishing gaping mouths and glimmering jellyfish, might have made Andersen smile. “We must not imagine,” Andersen wrote,

that there is nothing at the bottom of the sea but bare yellow sand. No, indeed; the most singular flowers and plants grow there; the leaves and stems of which are so pliant, that the slightest agitation of the water causes them to stir as if they had life. Fishes, both large and small, glide between the branches, as birds fly among the trees here upon land.

Just as Hamlet tells Horatio that there are more things in Heaven and Earth than any philosophy could dream, Andersen, too, imagines the rich hidden depths of the sea—and of himself. Andersen’s statement in his letter is as poignant as it is perturbing, given his unrelenting, perhaps even toxic attempts to woo a man who did not want him.

Andersen, lonely and lugubrious, seems strikingly like his unnamed mermaid.

Despite having “the loveliest voice of any on earth or in the sea,” Andersen’s mermaid tragically cannot speak above the water, due to the sorceress requiring that she sign away her “the best thing you possess” in exchange for legs and beauty on land, even as her steps also feel like knife thrusts. (By contrast, Disney’s version was explicitly designed to give her, now named Ariel, more of a voice.) Andersen chose this silence deliberately. Just as his mermaid is mute, he, too, found himself unable to fully express his desires, to fully be, as the red-haired incarnation of his protagonist would sing on endless screens a century later, “part of that world.” (I prefer this wonderfully silly lesbian version of the song, which I saw live.)

I understand how loneliness pools in someone deep as the sea, how you can hurt so much that you, too, wish to fade, like the turned pages of the waves. But Andersen knew that from despair, beautiful, painful stories and art can emerge, and he transformed his queer frustrations into a fable that has lasted. When I see conservatives up in arms over Disney casting a black woman as Ariel in The Little Mermaid’s live adaptation, I’m disappointed not only in this racist small-mindedness—as Disney’s Ariel is also quite different from Andersen’s nameless mermaid—but in the way such empty outrage ignores, too, the deeper complexities of Andersen’s tale, and the queer romantic fantasies that built it.

Disney’s animated adaptation was never canonical—and canonicity is not a requirement for a remake. The beauty of Andersen’s story is partly in the story itself and in how it continues to be reimagined today—but also in the way he filtered his hurt through the alembic of his art, and produced something that shines with its own special luminescence nearly two centuries later.

To Tell the Story of a Brother
I Will Never Know 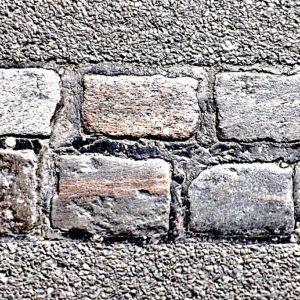 To Tell the Story of a Brother
I Will Never Know

In one of the few stories I have about my oldest brother, Jody, he lies across my parents’ bed, perhaps five years old,...
© LitHub
Back to top