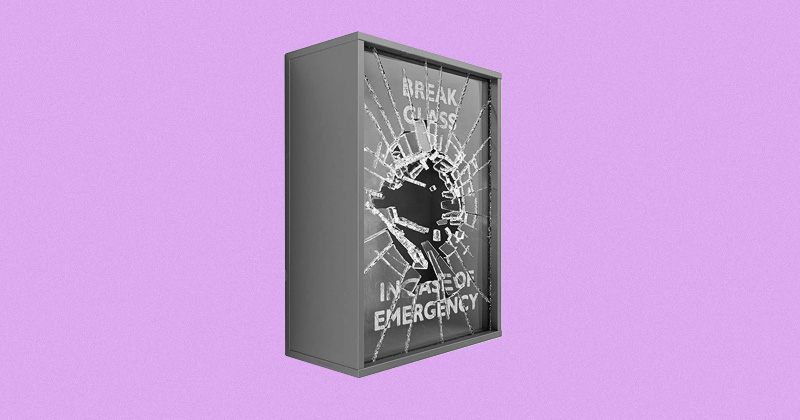 Dear Book Therapist: What Do I Read When the Worst Has Happened?

Two Letter Writers For Whom Staring Over Isn't an Option

Do you have a problem? Do you want a book to help you solve it? Book Therapist is Rosalie Knecht, LMSW, a licensed therapist and author of the novels Relief Map and Who is Vera Kelly? (Tin House, June 2018). She will be taking questions monthly for Lit Hub at booktherapy@lithub.com. You can also follow her on Twitter @rosalieknecht and Instagram @rosaliekn.

I am in my fifties, and my husband has early onset dementia. The last five years have seen a sea change within our family. I work full-time and take care of him in the evenings and on the weekends. He is very active, rarely sleeps, and requires 24/7 care. Our children are in college, and we never had the chance to enjoy the empty nest years. I am looking for a hopeful book that will distract me from everyday life, but not one that waxes poetic about women rediscovering themselves in their empty nest or late middle age/early senior years. No books about brave widows or divorcees starting over and finding romance and joy again. I don’t have the free time to rediscover myself right now, and since this is a long decline, may not ever have the free time. Not being self-pitying—just realistic and pragmatic. I can’t start over, but I still find joy in small things. I am looking for a book that does not require long bursts of time but will provide a respite.

You’ve suffered a loss and you don’t want to hear about upsides, nor do you want to hear the faintest trace of pity in anybody’s voice, or even in your own, as you make clear in your last few sentences. When I read your letter, I thought first of Joy Williams, because there’s some kind of kinship between her and you—the same refusal to embroider. But then I realized that what I was thinking was that you and Joy Williams should get drinks sometime, not that her work actually meets the specifications so clearly laid out in your letter.

Sometimes the worst possible thing actually happens, and then, once it’s happened, it just sits there, continuing to have happened, throwing up complicated logistical problems and making people behave in insane ways. You find yourself tasked suddenly with the job of being a spokesperson for The Worst Possible Thing Happening. “Sorry, folks,” you say nervously. “Sorry to be the one to remind you all, The Worst Possible Thing has happened! It’s not that I want to bring it up, exactly, it’s just that I can’t tell you how my weekend was if I don’t mention it! These days it’s really pretty much a choice between total silence and inadvertently reminding people about TWPT!”

“You’ve suffered a loss and you don’t want to hear about upsides, nor do you want to hear the faintest trace of pity in anybody’s voice, or even in your own.”

Late last year, The Worst Possible Thing happened to someone very close to me, and what we read together during that awful time was Jeanette Winterson’s memoir Why Be Happy When You Could Be Normal? Winterson’s book is about growing up queer and working class as the adopted daughter of highly religious parents in a northern English town. It sounds bleak, but it’s not, because Winterson is speaking to you from across the threshold of a rich and fulfilling adulthood. What stands out most clearly in the young Jeanette is her intense force of will (which I sense you share), her refusal to be beaten down (ditto), and the immense pleasure she takes in her inner world, which is opened up and furnished and colored by books. It’s funny, too. And because it’s a story about adoption, it returns over and over to the idea of  another life that could have been, but wasn’t—a topic that’s of interest when things appear to be going wrong or getting off track. She misses the mother who put her up for adoption, even though that mother is only an abstraction until they actually meet, when Winterson is well into adulthood. “Why is the measure of love loss?” Winterson asks, again and again.

But I have to admit that I know you didn’t ask me for a book like that. You asked me for something big and lush and optimistic, but not cloyingly so, and for it to not feature any grooves being gotten back.

So if I’m strictly sticking to my brief here, I’ll recommend Amy Stewart’s Girl Waits with Gun—a big, beautifully written and carefully researched historical novel based on a real woman who became a private investigator in the 1920s. It’s absorbing, you can live in it, you won’t lose your place in it if you have to put it down for three days, and it’s the first in a series, so it will keep being there for as long as you need it.

I broke up with my ex a year and a half ago. She was moving away for grad school, things had been difficult, and we decided to call it a day (okay, it was more my decision than hers). We were in contact to begin with, but then she blocked me on social media and stopped replying to my emails. She even turned and ran from me at a party when we did finally end up in the same city. I never got an explanation from her as to why she felt the need to cut me out of her life, and worried maybe I did something wrong.

We were very close, and it’s been difficult to get over her and to deal with the fact that she doesn’t seem to want to be in contact with me. It’s been difficult to “forget” her. I haven’t always even been sure that’s what I’ve been wanting to do. I’m wondering that you might have something for me that will speak to her silence?

It’s difficult to take silence for an answer, isn’t it? Even when it absolutely is an answer. It’s especially difficult when you’re carrying the weight of the decision to end the relationship. You want to know if you were right to do it, and who would know better than her? Can’t she resolve this somehow? Lift the guilt, bring some clarity, or at least reassure you, by being a friend, that what held you together still has some meaning, that there are no hard feelings?

But the answer is no, she can’t.

She’s avoiding you because it’s painful for her to speak to or see you. She may indeed feel that you did something wrong in the process of what sounds like a protracted breakup, or at some point after—most people do. But even if you comported yourself flawlessly, communicated perfectly, and took full responsibility at every moment when it was appropriate to do so, she will probably still find it painful to look at you, because at the end of the day, you dumped her. That smarts. If she’s running away from you at parties, it may only be because of that. Believe me, that’s plenty.

When you’re in a relationship, you operate under the lovely delusion that there’s only one story happening, and that both of you agree on what it is. A breakup makes it clear that there are two stories, and hers may not be recognizable to you. It’s a lonely and dizzying feeling. (I hear, also, that you’re not sure you actually want to be apart; you might want to get back together. But the fact that she’s decided not to be in contact shows that’s not an option).

“When you’re in a relationship, you operate under the lovely delusion that there’s only one story happening, and that both of you agree on what it is.”

Weike Wang’s Chemistry deals with a slow-motion heartbreak of this kind, and what’s significant about it—besides its incredible deftness and deadest-pan humor that will cut you off at the knees—is the way the unnamed narrator roams around inside her own story, unable to communicate it to her partner, unable to imagine what his might be, watching them diverge. Here, as they are just about to break up (because he’s going to grad school . . . but I swear, I didn’t choose this just for its plot):

The breaking of bonds requires energy. This is a fundamental law of thermodynamics.

We walk along the river, arms crossed (me), hands in pocket (him).

The river is very polluted, I say.

Take care of yourself, he says.

College kids jump in there all the time.

It’s three meals a day, and the occasional glass of wine.

One in ten succeed. The other nine swim to shore terrified.

Did you hear what I said?

They can’t talk to each other, but it’s not a mistake or confusion that breaks them up. It’s the narrator’s unhappiness. They don’t quite fit, in the end. Breaking of bonds does require energy! You have to become a slightly different person than you were in order to take the hit. Perhaps by wondering about her, you are side-stepping the work of wondering about you. Who are you now, and where are you going?

Rosalie Knecht is a writer, translator, and social worker in New York.

For Viv Albertine, Honesty Is As Punk As It Gets 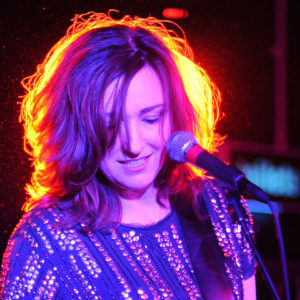 For Viv Albertine, Honesty Is As Punk As It Gets

Just as Viv Albertine was being reborn, her mother was dying. Born in Australia and raised in London, Albertine had entered...
© LitHub
Back to top
Loading Comments...