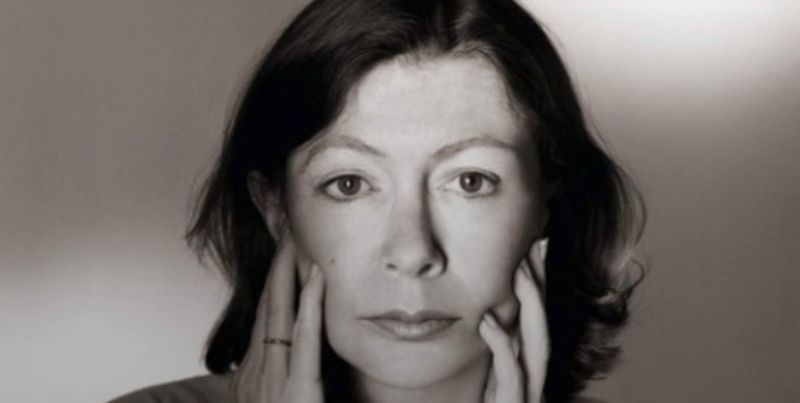 For over 50 years, Joan Didion, a daughter of California, was in a league all her own, as a writer and novelist. Unlike many critics, she is capable of writing memorable fiction that, although not as widely read as her reportage and singular essays, stands the test of time.

The Library of America Series recently published its second Joan Didion volume featuring the novels Democracy and The Last Thing He Wanted, as well as nonfiction works  Salvador, Miami, and After Henry, her third major essay collection.

Edited by former LA Times book editor, author, and critic David Ulin, the collection is brimming with her enduring legacy and highlights her work from the 1980s and 1990s, which are not as well known.

JC: Much like Hunter Thompson, Didion was more a child of the 50s than the 60s. She is not a young kid at the time she’s writing Slouching Towards Bethlehem and a lot of the early work that is rightfully adored now. I never really realized the conservative streak, but I guess being from the San Joaquin Valley and from Sacramento, if I have it right, it was much more conservative in California at that time.

DU: I think that’s true. She’s certainly a child of the 50s but maybe even of the 40s. Didion was born in 1934 so that means she was 16 in 1950. In Where I Was From, the first memoir-memoir, which came out in 2003, she recalls being friendly in the late 40s in Sacramento with Earl Warren’s daughter. Earl Warren at the time, before he went on to be Chief Justice of the Supreme Court, was Governor of California. She writes about being initiated into a high school sorority in Warren’s daughter’s bedroom in the gubernatorial mansion. I’m not necessarily saying that Didion’s family was at that level of the power structure, but she had access to that, and she was aware of that classic California of the 1940s.

The other thing that is a really important factor for her is that her ancestors came to California by the Oregon trail, before the railroads. They came to Sacramento. I can’t remember now which side, but one side of her family, when they came from the Midwest, briefly travelled with the Donner party before the Donner Party tragedy happened. She’s got those old California settler roots with her, so I think that there’s an inherent conservatism there. Inasmuch as California has old-line society, it derives in part from those families that came early.

There’s a sense in her work of attachment to those California myths. The thing that’s also really interesting about that work, and I’m thinking now particularly about early work like Run, River, some of the early essays, “Notes of a Native Daughter,” that reflect on Sacramento when she was growing up, what’s really interesting is that she’s always rethinking. One of the great moves of Where I Was From is that she undermines all of the mythologies upon which she was raised: the myth of California individualism, the myth of, I don’t know how to put it, the so-called “purity” of agricultural California, when in fact it was built on the backs of black and brown workers.

She takes that apart in Where I Was From, so the other thing about her is that she’s constantly reassessing, she’s constantly self-interrogating, and she’s constantly arguing with herself. She is willing to say, “I was wrong and now here’s how I think about it.” There’s something interesting in that intellectual and, I want to say, perhaps even emotional flexibility that gives me the sense that the writing is living. Particularly in the essays, but also in the fiction, I’m aware of her as the writer or the narrator thinking it through as she’s writing, the writing being a portrait as much of her rumination as it is a narrative.

JC: A lot of people who don’t know you but know your work would not know that you are really from New York. You settled in California several decades ago and have written about the state in many ways, editing collections and other books which we’re not discussing today. But as it relates to Didion, is this where you really took the deep dive and started to read a lot of this work—when you were doing the collection Writing Los Angeles—or had you discovered Didion earlier in your life, in your New York days say? If so, which book was it?

DU: Well to complicate the question, I discovered Didion in San Francisco. The short version of the story is that I took a year off after high school. With a friend, I drove from New York to San Francisco by way of Texas. We spent a couple months in Texas roughnecking to make money. We ended up in San Francisco in February of 1980 and we rented an apartment on Haight Street. We were definitely post-hippie hippies and hippie wannabies. We were delighted to be living in an apartment on Haight Street, and while we were living there I was trying to decide about a lot of things.

I was certainly going to go back east to college, but it was enough up-in-the-air that my mother was worried. At a certain point while I was living on Haight Street in early 1980, she called me and said, “I think you should read this book,” and the book that she suggested was Slouching Towards Bethlehem because she wanted me to read the Haight-Ashbury essay as a kind of cautionary tale.

As it happened, living in the Haight I had already developed my own skepticism about certain aspects of the counterculture, particularly the burnout aspects of the counterculture, because one of the things I was confronting daily on the streets—on Haight Street or in Berkeley or other parts of the Bay Area—were a lot of 60s casualties. I was already thinking about the flip side of that utopian romantic movement: how people got lost. I wouldn’t have articulated it that way at the age of 18, but it was definitely in my consciousness.

When I read Slouching Towards Bethlehem, two things happened. When I read the essay, I recognized the protean version of a lot of what I was seeing on the streets, and it made me rethink my, let’s say, naïve faith in counterculture, or utopian ecstaticism, or ecstatic utopianism, whatever you want to call it.

But the other thing that the book did was turn me on to was writing nonfiction. It blew my mind aesthetically. It had never occurred to me until I read this work that nonfiction could be literature. I had certainly read some great essays—I had read some Orwell in high school, things like that—but I had always thought that even the great essays I’d read were sort of ancillary works by novelists. It never occurred to me that someone could devote themselves to essay writing. Then, of course, I discovered the whole tradition of essay writing and realized how much I didn’t know, and that was really exciting. Didion was the catalyst.

So I read Slouching and then immediately went out and bought The White Album and read that. I read them back-to-back, and I often think about those two books as one long book, probably because of that experience. Then I went back to the East Coast for college. I kept reading Didion’s books as they came out, kind of lamenting in a certain sense the fact that there was no subsequent essay collection. There wasn’t an essay collection until After Henry came out in 1992.

I read Salvador when it came out, I read Miami when it came out, and I went back and looked at some of the novels. But there was something so profoundly transformative for me about the idea of nonfiction writing, the idea that I could write a narrative that was also rooted in current events, and could build the narrative around the experience of what it was like to live in the time I was living. This was profoundly thrilling.

David L. Ulin is the author or editor of ten books, including Sidewalking: Coming to Terms with Los Angeles; the Library of America’s Writing Los Angeles: A Literary Anthology, which won a California Book Award; and The Lost Art of Reading: Books and Resistance in a Troubled Time. The former book editor and book critic of the Los Angeles Times, he teaches at the University of Southern California. 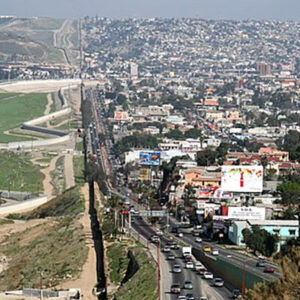