Daniel Oppenheimer on Why We Should Read Dave Hickey

Dave Hickey was an inspirational character—a writer of essays and songs, an astute art and literary critic, a one-time gallerist and, certainly, an art-world provocateur. Hickey published his two most famous books in the 1990s, The Invisible Dragon—a call to reconsider beauty in art—and Air Guitar, a cult classic essay collection that exposed the more personal and venerable style of cultural criticism.

Dave passed away at the age of 82, a few weeks after we recorded this interview with his biographer, Daniel Oppenheimer. Hickey’s pariah status had by then waned, but he was the last of a certain school of rebel writers of the 1960s and 70s who could still churn out consistently good work.

Based in Austin, Texas, where Dave got his start as a gallerist—having opened A Clean, Well-Lighted Place in 1967—writer and now biographer Daniel Oppenheimer charts Hickey’s life and times in Far From Respectable: Dave Hickey and His Art, a smart, compact biography published by the University of Texas Press.

Drawing from first-person interviews with Hickey, his wife and friends, comrades and critics, Oppenheimer helps explain Why Dave Hickey Matters and why we should read him, particularly his essay collections Air Guitar and Pirates and Farmers. With Hickey’s passing, this episode has become a tribute to the great Dave Hickey, as much as it was a good conversation with his biographer.  He will be missed. But his writing will live on.

DO: Dave Hickey helped bring Texas to New York. He was working New York the whole time he was running this gallery in Austin, and he got some of the people he showed into the Whitney Biennial. It was an amazing cultural time. Dave said to me something like, “Texas is a cosmopolitan place, even though Texans will never admit it.” To this day, this mythos of Texas as a cowboy outpost persists, and you can see idiots like Ted Cruz and John Cornyn in their ads playing up the cowboy. But Texas has three or four of the biggest cities in the country. It’s been coexisting with a lot of urbanism and cosmopolitanism for a long time.

One of the things I found interesting when I was doing the story on Dave’s gallery in the 60s was that Texas had an underdeveloped commercial art world. There were people who were very good and very sophisticated who had only just gotten gallery representation. Dave scooped up those people who were doing stuff that would not be out of place in New York and L.A. To the extent that there was a Texas sensibility to the aesthetic, like Texas Funk, it was very similar to what was happening in Chicago: second city, third coast, far enough away from New York for its own thing to be happening. Maybe in Texas, and I would imagine Chicago too, it was influenced by the musical stuff happening in a way that was different from New York.

JC: That led to him getting a job in New York, running another gallery at the beginning of the burgeoning scene in SoHo. Galleries gravitated there after being in the Village, one neighborhood southeast of there. But Dave’s gallery job didn’t last very long. He seems to have a propensity for self-sabotage.

DO: That’s an understatement, yes.

JC: Until I read your book, I didn’t realize that Dave was probably the most divisive writer about art since Clement Greenberg. You either really loved him and agreed with him, or you hated him and tried to do everything you could to take him down. How do you think he became that person? He seems like a real sweetheart, whereas Clem Greenberg was kind of a misogynist and not all that nice. Dave seems like a teddy bear at heart, but he does have strong opinions.

DO: The simplest answer is that there were real political and aesthetic conflicts of interest. There’s a struggle between people that think in some fundamental sense that art should serve political ends and people, of whom Dave is one, who think that art is ultimately serving a different master. Art is still totally enmeshed in the political, but it has a different value system from questions of justice. And yet, there are people who think that art may, to some extent, have its own language, but that ultimately it should be subordinate to questions of politics, justice, and morality. This has been an ongoing struggle for centuries, maybe millennia, in the creation and evaluation of art. Dave has been the most eloquent and moving writer to discuss art from that non-primarily-political perspective.

Daniel Oppenheimer is is the author of Exit Right: The People Who Left the Left and Reshaped the American Century. He has written for the Washington Post, The Atlantic, Slate, Washington Monthly, Texas Monthly, Guernica, and The New Republic, among others.

I Must Betray You by Ruta Sepetys, Read by Edoardo Ballerini

Ten Sentences That Defined a Nation: On the Gettysburg Address 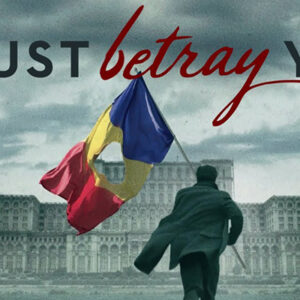 I Must Betray You by Ruta Sepetys, Read by Edoardo Ballerini