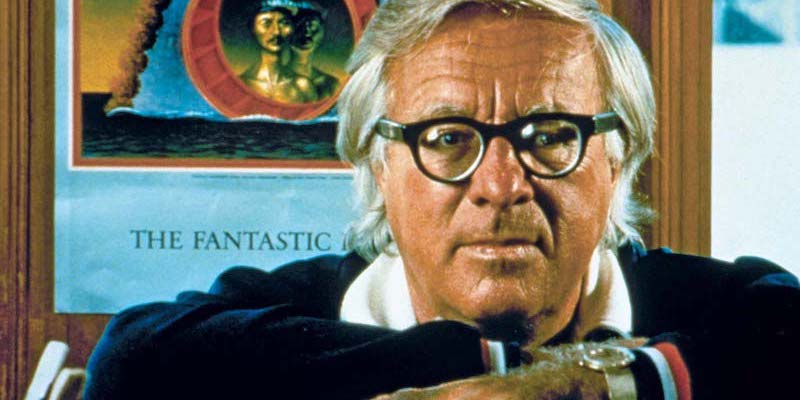 Dana Gioia on Why Ray Bradbury is So Essential

In this episode, California poet laureate and former director of the NEA Dana Gioia discusses the lasting legacy of Ray Bradbury on contemporary culture and fantastical fiction with New Yorker staff writer Susan Orlean (whose books include The Library Book and The Orchid Thief) and Bradbury biographer, professor, author Sam Weller, who edited Listen to the Echoes: The Ray Bradbury Interviews , out with Hat & Bread Press.

DG: If you look at the biggest grossing films in history, all of them, except for Titanic, are science fiction or fantasy. In the past sixty or seventy years, American culture and world popular culture went from something that was more realistically-based to something which is based on fantasy, speculation, and science fiction.

Who did that? Well, many significant writers did that, but if you had to pick one who was most influential, it would be Ray Bradbury. That is why I maintain that Bradbury is one of the most important American fiction writers of the 20th century. He led a huge global cultural change with his short stories and his novels.

SW: It’s interesting you say this. Some critics don’t want to connect popular culture or mass culture with literature, or with high intellectual art. But you seem to say, at least I’m inferring, that Bradbury is one of those people that brought these two things to a crossroads.

DG: What you see in American literature is a really interesting moment. You have a fellow who didn’t go to college. That’s probably the only reason that Bradbury was able to be this innovative; he just made it up on his own. He read the books that he wanted to in the order he wanted to, and he began to write children’s literature, which is to say, pulp science fiction. For ten years, ten of the most extraordinary years in the history of fantasy or science fiction, he wrote seven books—six of them are short story collections, one of them is a novel—in which, for the first time in American literature, somebody brought the subtlety and psychological insight of high culture fiction into science fiction without losing the imagination of science fiction.

One often saw novels in which highbrow writers would adopt a science fiction note, but they were never very good because they couldn’t mediate these very different forms of narration, the romance and the sort of realist novel. Bradbury, for whatever reason, was able to do this. Now he was only able to do this—this is my judgment, and, Sam, you probably disagree with this—for ten years. For ten years, Bradbury wrote a list of books. Let me just read the titles of them: The Martian Chronicles, The Illustrated Man, The Golden Apples of the Sun, Fahrenheit 451, The October Country, Dandelion Wine, and A Medicine for Melancholy.

Those books came one right after the other, and he created a new mode of speculative fiction. And I think that word applies to him because he’s really straddling two traditions; he brings science fiction into the mainstream. Suddenly the major mainstream journals are publishing him, television is adapting him, movies are adapting him, and millions and millions of readers are coming to his work who might not have come to pulp fiction.

SW: You know, I don’t disagree with you in terms of that period of productivity. I might expand it just by a couple years because in ‘47 he published Dark Carnival, his first collection of short stories, which is primitive, but Stephen King called it the Dubliners of American Gothic. Of course, he revised it in 1955 under The October Country, it’s a little murky there. But it’s interesting that you don’t put 1962’s Something Wicked This Way Comes into that pantheon of classic Bradbury. Why is that?

DG: Well, you could extend it a little bit but what I’m looking at is the level of invention and finesse. The books of the early 60s are all pretty good books, but one senses a kind of tapering off.

DG: Sam, you and I knew Ray very well. He was one of the most generous, cordial, gracious artists I have ever met in my life. And I’ve met a lot! I think in a funny way, Bradbury’s very goodness tempered the paranoia, the ferocity, the anger, and the anxiety of the early fiction. Now I can’t defend that argument today in a disciplined way, but as somebody who has been reading Bradbury since, I don’t know, somewhere around the age of nine, I have some perspective on it.

I talked about the difficulty of talking about Bradbury because you have to figure out what lens you’re using. Are you using a science fiction lens? A high culture lens? A west coast lens? I think I actually share with tens of millions of other people the complication of a personal lens. We were formed by Bradbury, by his imagination, by his tone. A combination of sweetness and bitterness lives in the best Bradbury.

Dana Gioia is an internationally acclaimed poet and writer. Former California Poet laureate and  Chairman of the National Endowment for the Arts, Gioia was born in Los Angeles of Italian and Mexican descent. The first person in his family to attend college, he received a B.A. and M.B.A. from Stanford and an M.A. from Harvard in Comparative Literature. For fifteen years he worked as a businessman before quitting at forty-one to become a full-time writer.

Susan Orlean has been a staff writer at The New Yorker since 1992. She is The New York Times bestselling author of seven books, including The Library Book, Rin Tin Tin, Saturday Night, and The Orchid Thief, which was made into the Academy Award-winning film Adaptation. She lives with her family and her animals in Los Angeles.

Sam Weller is the authorized biographer of Ray Bradbury and a two-time Bram Stoker Award finalist. He is the author of The Bradbury Chronicles: The Life of Ray Bradbury (William Morrow, 2005), and Listen to the Echoes: The Ray Bradbury Interviews (Melville House Publishers/Stop Smiling Books, 2010). Weller has written for The Paris Review, National Public Radio, and is the former Midwest Correspondent for Publishers Weekly. His short fiction has been published in numerous journals and magazines.

How Richard Wright Grappled with Behaviorism, Racism, and Trauma in Native Son 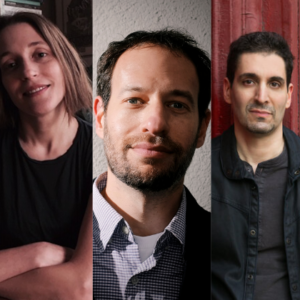