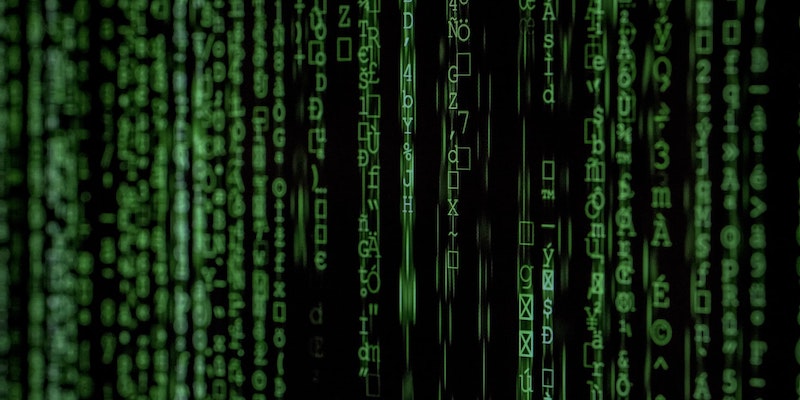 Damian Bradfield on the Future of the Internet

On this episode of Big Table, J.C. Gabel talks with WeTransfer co-founder and Chief Creative Officer Damian Bradfield about his first book, The Trust Manifesto: What You Need to Do to Create a Better Internet (Penguin Press). In it, Bradfield imagines and outlines a path toward a better internet experience than the one that exists today. Bradfield knows that most of the big data being compiled online is misused and deceptively collected using legalese, “accept terms,” and disclaimers that no one reads.

The Trust Manifesto unpacks what many of us users assume is going on behind the scenes of surveillance capitalism. Bradfield is right: to regain some credibility in an age of tech monopoly normalcy, the industry needs to build a bridge of trust with its users again. Not a month goes by without another revelation by a former employee of one of these tech behemoths, exposing profit-over-safety, profit-over-common-sense, and (of late) profit-over-democracy itself. The Trust Manifesto is a wake-up call, and a road map to a better internet, and, one hopes, a better post-digital-age future.

JC: At one point in the book, you say that “In order to play, in order to date, in order to live, in order to be in society, we must give up data.” Do you think that that was always the case in the earliest days of the internet, or has that become the new normal because we have all this technology that can track all this stuff?

DB: No, it definitely wasn’t always the case. I think of the internet in the early days as just being a flea market with loads of vendors selling all kinds of mish-mash and people creating and doing all kinds of things that interested them. Maybe only two or three people would come up to your store, but the point was that if you had the technical know-how, you could create this store, this website, and sell your wares or educate people about things you thought were interesting and cool. What happened in the last 25 years is that the majority of those stores, small vendors, and hobbyists either got pushed out of business or somebody else came along and gentrified that little flea market, and eventually it became Westfield shopping malls.

What we have today on the internet is Westfield shopping malls everywhere. If you want to play in that space, you’ve got to look a certain way, and you’ve got to behave a certain way. Advertising is controlled by the media company that Westfield is a co-owner of, and there’s no freedom to do the hobbyist’s call online. Even in the way websites are being created, outside that Westfield metaphor, everything is A/B tested to make sure that it looks nearly the same because people have become so used to one particular look and feel. Everything needs to look the same if it’s going to get any chance of any sort of airtime on the internet. I think it’s a tragedy. You see very little differentiation today online. It’s become incredibly generic.

DB: The algorithms that power the internet, which is our world, basically respond best to conspiracy and hate. None of these algorithms being constructed respond best to love and facts. Time and time again, we’re seeing news and tweets and posts being put up which are completely nonsensical. And the more nonsensical they are, the better the response, because you, JC, will be on there going, “What the fuck… This is ridiculous! This doesn’t make any sense. No, I fact-checked this. This is nonsense,” generating loads of responses incredibly quickly and sharing it with lots of people. And those people that don’t question it and don’t do any research are going “Gee, can you believe that? That is nuts. I’ve gotta share this.” So the algorithms that are being constructed just work for this type of nonsense. And most people’s news is being read through their Facebook feed, and the Facebook feed is being determined by Mark Zuckerberg. That’s really worrying. That’s the reason we’re in the situation that we’re in.

JC: It is, and it seems like the internet and these algorithms play to human beings’ worst instincts, as you say. It’s not the love and the positivity that’s being shared, it’s instead…

JC: Or some quack theory, like this QAnon thing that has sprung up and would not really exist without social media. It’s what, lizard people who are running secret pedophile rings out of a pizza place in Virginia? I mean on its face this stuff sounds absolutely preposterous, yet something like 30% of Americans believe this. [Editor’s correction: According to a poll by the Public Religion Research Institute, 15-20% of Americans agree with core elements of the QAnon conspiracy.] It’s quite frightening in a way. Fascism was able to use radio in the 30s to manipulate a large chunk of the population. I think nowadays, this is a modern-day example of that, except it’s not being run by the government but a group of individuals, which in some ways could be even scarier.

DB: Yeah, and the point that my book is trying to make is that it’s run by an individual, but it’s powered by you and me. A lot of people in the last couple of years decided that they were not pleased with the way things were going in society, not pleased with the way women were being treated, or Black people were being treated, so they decided to take to the streets. Not to put people down for campaigning or going out and fighting for something they believe in, but what I think would be more effective would be to go quiet. I think today the more effective means of being heard is actually being quiet as opposed to being noisy.

If you were to go social media silent for a day to shut things down, to leave en masse the platform spreading the most hate, I think it would have so much more impact than taking a banner out onto the streets. This is complicated, particularly because of Covid and particularly because of the way people have been feeling over the last couple of years: disenfranchised, disconnected. I understand that people want to come together and there’s a feeling of unity and solidarity by being out in the streets and campaigning for something. But if you really think about it, all that love and affection being shown—people fighting for something that is totally logical and should exist—doesn’t actually get us anywhere.

I would really urge people to think about the fact that if we are in agreement that things have gone too far, and if we are in agreement that the tools that have been created initially to connect us are actually being used to tear us apart, then the best thing we can do is leave those tools alone and either find new ones or go quiet for a period to make a point so that the people in charge actually hurt. Because no one hurts when we talk more on those platforms about the problems of those same platforms. The platform always wins.

Damian Bradfield is the CCO and founding shareholder of WeTransfer, a company that now has over 50 million active monthly users. He is also the co-founder of Present Plus, a design and experience-driven venture studio. Named ‘one of the most influential voices in tech today’ by Forbes magazine. Bradfield speaks to audiences globally on topics of innovation, education and the arts and his work has appeared in Fast Company, the Financial Times and Business Insider amongst others.

On the Humble Childhood Beginnings of H.G. Wells 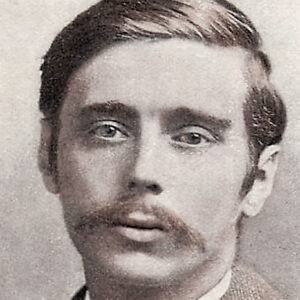 On the Humble Childhood Beginnings of H.G. Wells

As long as he had to return to Hyde’s Drapery Emporium in Southsea, the young H.G. Wells remained wretched, knowing that...
© LitHub
Back to top