Cynthia D’Aprix Sweeney, Jean Hanff Korelitz, and Dani Shapiro on the Secrets in Our Pasts That Can Break Us Apart

In Cynthia D’Aprix Sweeney’s Good Company, Flora Mancini has been happily married for more than 20 years. But everything she thought she knew about herself, her marriage, and her best friend, Margot, is upended when she finds an envelope containing her husband’s wedding ring—the one he claimed he lost one summer.

In Jean Hanff Korelitz’s The Latecomer, we follow a wealthy, New York City-based family, from the first meeting of the parents to their triplets born during the early days of IVF. When their mother decides to have a fourth child after they leave for college, it carries implications for them all.

And in Dani Shapiro’s Signal Fires, it’s a summer night in 1985 when three teenagers who had been drinking cause a tragic car accident. In an instant, their lives, and the life of the young doctor who arrives on the scene, are shattered. Years later, past events come hurtling back.

Cynthia D’Aprix Sweeney is the author of the instant New York Times bestselling novels The Nest and Good Company. The Nest was a Barnes & Noble Discover Great New Writer’s pick and named one of the best books of 2016 by People, the Washington Post, NPR, Amazon and others. Sweeney’s work has been translated into more than 28 languages. She has been a guest on Today, Late Night with Seth Meyers, and NPR’s All Things Considered. The Nest has been optioned by AMC Studios and is in development as a limited series. Sweeney holds an MFA from the Bennington Writing Seminars and lives in Los Angeles with her family.

Jean Hanff Korelitz is the New York Times bestselling author of the novels The Plot, You Should Have Known (which aired on HBO in October 2020 as The Undoing, starring Nicole Kidman, Hugh Grant, and Donald Sutherland), Admission (adapted as a film in 2013 starring Tina Fey), The Devil and Webster, The White Rose, The Sabbathday River, and A Jury of Her Peers, as well as Interference Powder, a novel for children. Her company BOOKTHEWRITER hosts Pop-Up Book Groups in which small groups of readers discuss new books with their authors. She lives in New York City with her husband, Irish poet Paul Muldoon.

Dani Shapiro is a best-selling novelist and memoirist and host of the podcast Family Secrets (now in its seventh season). Her work has been featured in The New York Times, The New Yorker, Vogue, and Time. She has taught at Columbia and New York University and is the co-founder of the Sirenland Writers Conference. She lives in Litchfield County, Connecticut.

How Does the Power of Scarcity Affect the Seeming Abundance of Food in Our Thanksgiving Dinners? 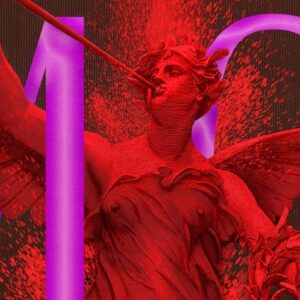