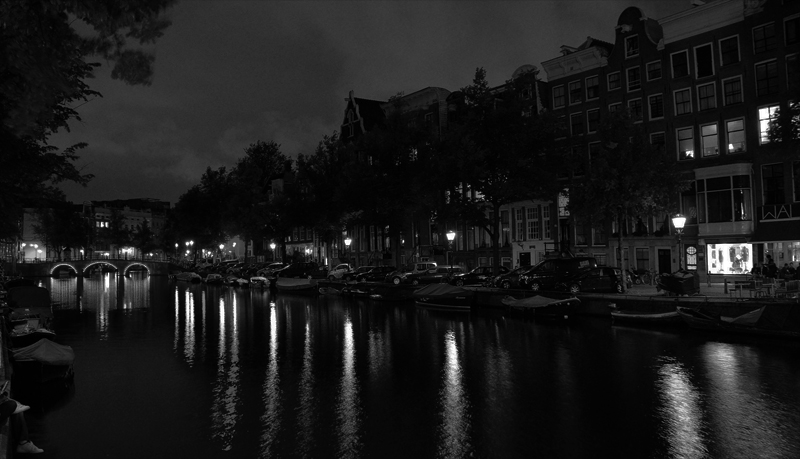 Crime and the City: Visiting Amsterdam’s Dark Side

Exploring the Netherlands Capital through its Robust Crime Literature

Amsterdam—a good place to start Literary Hub’s investigation of the world’s Crime Cities. Everyone has an image of Amsterdam, an idea of what it’s like—canals, bicycles, harmonized urban living; a liberal, safe, easygoing place. It’s a city that encompasses Holland’s economically glorious trading past, the canal-side warehouses (now multi-million euro apartments) that once stashed the goodies of an empire that included the Dutch East Indies and choice parts of Africa and the Caribbean. And so Amsterdam is now a multicultural city too. And a party city, thanks to its legendary tolerance of cannabis, its Red Light District, and its role as a major Stag and Hen destination for Northern Europeans hitching rides on no-frills budget airlines. But, of course, there’s a darker side to Amsterdam.

Crime fiction encapsulates the fears and anxieties of our times. It also often refers back to the ghosts of our historical past and the skeletons in our collective closet. Postwar Dutch crime writing has always had to deal with the country’s occupation by the Nazis in World War II, and the fact that not everyone thought it a bad thing. It’s also had to deal with the messy disentanglement from Empire, the arrival of Dutch citizens with different colored skins and different religions than the natives. Right now, crime writing from and about Amsterdam invariably deals, like most crime writing in Northern Europe, with the perceived problems of large-scale migration, refugees, the scourge of people trafficking, women forced into prostitution, the problem of Islamic extremism (both imported via immigration and the radicalizing of the domestic population) and the supposed threats to “traditional ways of life.” Alongside that, and again in common with much contemporary European crime writing, is the perceived threat to the continent of corruption. It all seems to come from the East and the major concern is that Holland’s more liberal policing will not be able to cope with people who play by different rules and are not adverse to extreme violence; and that ultimately it will be a virus, spreading, and infecting Holland’s own politicians, institutions and states.

Perhaps it was always thus. Janwillem van de Wetering’s 1975 classic Outsider in Amsterdam dealt with the fall out from the end of the Dutch East Indies, the collapse of Holland’s Asian empire and the creation of Indonesia. A central figure in the novel is a former Papuan fighter living in Amsterdam. Van de Wetering was Dutch, but lived for a time in Japan and was a student of Zen Buddhism. Published in 1975, Outsider was the first in Van de Wetering’s Grijpstra and de Gier detective series set amidst the Murder Brigade of the Amsterdam Municipal Police. Van de Wetering completed a dozen Grijpstra and de Gier novels before his death in 2008 but Outsider perhaps best indicates the way Amsterdam society was to most to change in the late 20th century with the seismic shift, not always comfortably managed, from a mono- to a multicultural city.

Also chronicling Amsterdam’s fortunes from the 1960s to the late 1980s was British author Nicholas Freeling’s Commissaris Van der Valk series. Freeling started the series while in prison for a few weeks for stealing a steak from a restaurant he was working in. In the 1970s British TV turned Van der Valk into a popular series (with an incredibly catchy theme tune and with some episodes to be found on YouTube) that really pioneered British actors wandering around continental locations as foreign characters but speaking the Queen’s English (such as Michael Gambon, and more recently Rowan Atkinson, as Paris’s own Inspector Maigret and Kenneth Brannagh as Henning Mankell’s Kurt Wallander up in Ystad, Sweden).

The Van der Valk novels provide a good tour round different districts of the city—the old centre, Dam Square, Nieuwmarkt and of course endlessly up and down the sides of canals and always seemingly visiting the famed Red Light District. The many crime novels by A.C. Baantjeer, who is generally seen as the grand old man of Amsterdam crime fiction, also act as a pretty good primer to the city’s geography and major attractions. Though many Amsterdam crime writers remain untranslated into English (the very popular Marteen’t Hart for instance, as well as Simon da Waal’s 2009 Cop vs Killer—a massive best seller in the Netherlands—still remain untranslated) at least 23 of Baantjeer’s 60 novels have been translated. For those wanting a literary visit to the Red Light District, Murder in Amsterdam (1993), featuring Baantjeer’s recurring character Inspector DeKok, a sort of Amsterdammer Sherlock Holmes with a voluminous knowledge of the esoteric, is a good place to start.

Coming right up to date Anja da Jager’s new series featuring Amsterdam cold case detective Lotte Leerman allows the author to look back on the city’s past. A Cold Death in Amsterdam (2015) is atmospheric with frozen canals and deserted winter streets as Leerman uncovers a decade old murder. The second in the series, The Murderer’s Guide to Family (2016) begins with a skeleton found in a sports bag left in a luggage locker at Amsterdam Central train station. Leerman discovers it is the remains of both a body that dates back to World War II and a recently missing Amsterdam crime boss.

Contemporary Amsterdam is the setting for Daniel Pembrey’s 2016 The Harbour Master, the first in a projected series featuring slightly crumpled, Jenever drinking, canal boat living Detective Henk Van Der Pol. Pembury is a Brit who lives in Amsterdam and The Harbour Master details the wave of crime and criminals that seem to be sweeping from east to west which is so typical of all north European crime writing at present (even Ian Rankin’s latest, Rather Be the Devil, has a rogue Ukrainian stomping round the leafier Edinburgh suburbs). Van Der Pol may have gin on his breath but he’s seemingly incorruptible while the vast flows of money from prostitution and narcotics are corrupting everyone around him. What was once seen (perhaps incorrectly) as the harmlessly open Red Light District of Amsterdam is now a rookery of forbidding alleys controlled by machine gun toting gangsters and worked by coerced and trafficked women.

Eastern Europe may be providing a clutch of criminals who take advantage of Amsterdam’s lax laws and well-off society with their ruthlessness and extreme violence, but Van Der Pol must also deal with the more nuanced and polite corruption of Amsterdam’s political class—”gifts” to corrupt African countries in return for contracts. Perhaps the message is that most of us are corrupt, or at least corruptible, it just depends on the amount. There’s now a second Henk van der Pol novel, Night Market (2017), exploring another current north European crime writing fixation—child exploitation and pedophilia rings—again with dark connections to Amsterdam’s political establishment.

Perhaps Amsterdam and Holland are more concerned with the criminal influx from the east and the possibilities of radical Islam infiltrating than other European countries because Amsterdam is basically a pretty small city in a pretty small country. Whether it truly is the case or not, Amsterdam (and by extension most of Holland) considers itself liberal and is proud of the postwar liberal consensus that has defined the city’s international image. Even if deemed necessary, crackdowns, hard lines, and get-tough campaigns don’t sit easily with liberal Amsterdammer self-perception. But it is perhaps a thin veneer.

The Harbour Master and others may be fiction, but Ian Buruma’s part reportage, part essay Murder in Amsterdam: Liberal Europe, Islam and the Limits of Tolerance was and is a shocking read and that sent nervous ripples through the city’s liberal elite when it was published a decade ago. Buruma (whose father was Dutch) charts the murder by a young Muslim, Mohammed Bouyeri, of the film director and anti-immigration activist Theo van Gogh. Both men, Bouyeri and van Gogh, were contradictory characters reflecting the issues that are worked out in so much current Amsterdam crime writing. Bouyeri was the son of Moroccan immigrants to Holland and was radicalized in Amsterdam’s Slotervaart suburb; van Gogh (a distant relative of the painter of the same name) was a journalist and filmmaker. Horrified liberal Amsterdammers saw the Theo van Gogh murder as a wake up call. The tolerant city had to be defended; multiculturalism and integration would have to be fought for. Others, of course, have seen things differently. The right wing Geert Wilders and his Partij voor de Vrijheid (Party for Freedom) talk of the negative “Islamization” of Holland and a supposed upsurge in crime associated with the European Union’s open borders. This March’s keenly contested Dutch elections will show just how far the country intends to continue to embrace liberalism and tolerance or take another path.

Holland may have been a bit slower to embrace the popularity of long-form crime drama on TV than other countries but things are changing. In Framed (called Bellicher in Holland) a successful Amsterdam tech entrepreneur is framed for murder by the mysterious Mr. Miller who is masterminding an EU-wide cybercrime plot to start a war between Muslims and Christians. The series is based on the books by Amsterdam-based Charles den Tex, some of which are available in English (Mr. Miller, 2015). However The Swingers is the show that has really captured Dutch audience’s imaginations and been popular all across Europe. A young couple put personal tragedy behind them with a move to the Amsterdam suburbs. There the new neighbors are a bit more friendly than usual and, despite the rather sexier-than-expected welcome parties, everyone has secrets and murder is in the offing. The Swingers is in the Scandinavian school of slow burn TV, rather than the more furious pace of French or British crime shows, but it’s by turns dark, incredibly sad, and occasionally funny, and there’s a good murder mystery at its heart. In The Swingers the themes of Amsterdam’s supposed sexual openness, drugs and liberalism butts up against dirty cops, nasty secrets and murder—very Amsterdam. 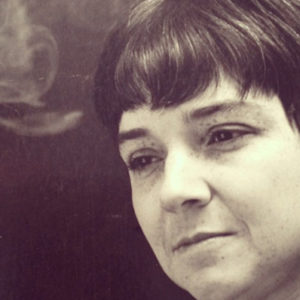 Today marks five years since the death of Adrienne Rich, the incredible poet, essayist and feminist activist. I've been thinking...
© LitHub
Back to top