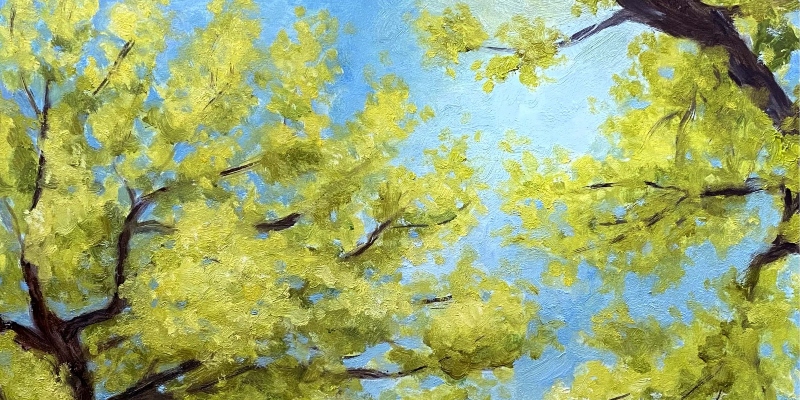 Just as modern science is catching up to the ancient understanding of our deep emotional and physiological relationship to the living world, the twin forces of urbanization and technological advancement are pulling our bodies and our attention away from the elements and rhythms of nature that are so essential to our well-being.

In this narrated essay, naturalist Michael McCarthy explores the ways in which the “anthropause” ushered in by the coronavirus has—on an unprecedented scale—made nature visible again, even as the world’s growing cities increasingly sever humanity from the living world. “Perhaps the most significant way of all in which nature has come back to us during the pandemic,” he says, “is that people turned to it themselves.”

It is in this context that the coronavirus pandemic of 2020, this great world-historical event, assumes a significance other than that of destroyer of countless lives and demolisher of national economies; for across the globe, directly or indirectly, it has frequently made the natural world visible again, and led people to look upon it, and reflect. It is hard, and to some it may well seem inappropriate, to draw positive conclusions from such a tragic set of circumstances, which have produced such heartache for countless families in country after country, with more than a million dead across the world. Yet with the environment, it is simply the case that the impact of COVID-19 has in many ways, albeit bizarrely and incongruously, been constructive.

The main reason, of course, is the “anthropause,” as it has quickly become known: the great hiatus in human activity resulting from the pandemic-inspired lockdowns in many nations in the first half of the year, which are thought to have involved nearly four billion people in total. In environmental terms, the 2020 anthropause is a colossal event, one of the biggest and most significant ever to have happened to the natural world, certainly since human society began despoiling it on a large scale after World War II. It is a planet-sized breathing space. We have seen something similar before in lesser terms, for example, with the complete withdrawal of human activity from a wide exclusion zone around the damaged nuclear power plant in Chernobyl in Ukraine, leading to the area being reoccupied by wildlife.

But the COVID-19 anthropause involves the entire globe; it involves large parts of the gargantuan nature-destroying human enterprise, worth more than $80 trillion, slowing down and coming, if only temporarily, to a halt. Before it happened, it was unthinkable that it might. Now that it has, we look upon it openmouthed. We can get a sense of the gigantic scale of this event from a study released in October on the resultant fall in global emissions of carbon dioxide: in the first six months of this year, the total was an 8.8 percent decrease from the same period in 2019, a drop of more than 1.5 billion tonnes of CO2. Would that we could combat climate change by doing that on an annual basis! The study proclaims, “The magnitude of this decrease is larger than during previous economic downturns of World War II.” In April, at the height of the lockdowns, the fall was 16.9 percent.

The effects on the natural world have, in some cases, been spectacular, and nowhere more so than in the city of Jalandhar in India, whose inhabitants awoke one morning in April to find that their northern horizon had been transformed into something white and shimmering and ghostly—almost a vision, but nonetheless real. It was the snowcapped Himalayas, more than a hundred miles away.

Such has been India’s load of air pollution—from transport, energy generation, and industry—that the more than 850,000 inhabitants of this city in the Punjab had not seen the distant peaks for more than thirty years, yet two weeks after the Indian coronavirus lockdown began, the air pollution had plunged so much that they were suddenly discernible, in all their shining majesty. The citizens of Jalandhar tweeted their astonishment. They tweeted their delight. Lest others elsewhere should doubt what they were gazing at, they tweeted the pictures. And if you look at them, you see the natural world, in the most striking way possible, made visible once more.

Michael McCarthy is a journalist, naturalist, and the author of The Moth Snowstorm: Nature and Joy and The Consolation of Nature: Spring in the Time of Coronavirus, chosen by The Guardian as one of the best nature books of 2020. He is the recipient of the RSPB Medal from the Royal Society for the Protection of Birds and the Silver Medal from the Zoological Society of London. He has previously served as the environment editor of The Independent and environment correspondent of The Times.

Sophia Baraschi-Ehrlich is a painter, illustrator, animator, and graphic designer based in upstate New York. She holds a BA in studio art from Skidmore College and works as the assistant art director for Emergence Magazine. 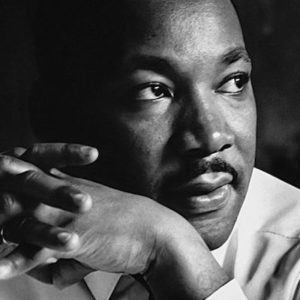 Of all his thousands of notes, letters, memos, telegrams, sermons, speeches, and manuscripts, few are more evocative than...
© LitHub
Back to top