The key to pulling off a good con is to keep things moving briskly—pause for too long to collect your thoughts or give extra information and you’ll end up showing your marks exactly how you’re playing them. Nightmare Alley, Guillermo del Toro’s splashy new film about a shifty carnival huckster-turned-famed mentalist, doesn’t follow its own guidelines about pacing or economy; it is too slow and too long—clocking in at 150 minutes—and by the end of the film, you’ll have counted enough of its seams to confuse it with a striped big-top tent.

But this isn’t so grave a sin, because the film isn’t trying to trick its audience into thinking it’s something it’s not; ultimately, the story’s about harboring the self-sabotaging desire to show one’s hand. “People are desperate to tell you who they are,” says a fake psychic character, about how it’s easy to “read” participating audience members during an act. As such, rather than pull any tricks, Nightmare Alley spends its time watching as its main character stokes the contradiction between wanting to grift everyone and also wanting to be seen for the grifter he truly is.

It’s easy to see why Nightmare Alley ended up so long; who can resist this source material? Based on the riveting 1946 novel of the same name by William Lindsay Gresham (which was adapted into a superb noir starring Tyrone Power the following year), del Toro’s version, which he co-wrote with Kim Morgan, steeps in the seedy, sleazy world of carney life for a first act that is almost the length of a feature film.

The film starts with gruff vagabond Stanton Carlisle (Bradley Cooper) blowing into a Midwestern town just as a second-rate traveling carnival is setting up. Signing on as a handyman, he’s welcomed (barely) by the rest of the two-bit sideshow: the impresario Clem (Willem Defoe), the arthritic strongman Bruno (Ron Perlman), and one of the performers, the demure, mousey Molly (Rooney Mara) whose act, as a girl named “Electra,” involves using her body to conduct bolts of electricity. It’s clear that del Toro sees the grotesqueness of the carnival space as essential to our understanding of the characters who inhabit it, hence why we must wander around in it for so long.

Nightmare Alley is soaked in light and dense in shadows, beautifully textured throughout.

All the cinematography and art direction in Nightmare Alley is sumptuous—and these meandering carnival scenes are no exception. Del Toro excels at finding visual appeal in crassness and twistedness; all the carved wooden platforms and figurines look as though their bright paint is peeling. This visual richness is a relief given the flat, digital aesthetic of its CGI-laden theatrical trailer; fortunately, Nightmare Alley is soaked in light and dense in shadows, beautifully textured throughout. Del Toro is nothing if not a student of old film; he knows that a good noir is lit right via a wet ground, and he spins this visual motif to a symbolic realm: the places where carnival tricks happen are full of rain-slicked streets, muddy puddles, even sheets of snow—so swampy they’ll stain your pant hems, and so reflective they’ll show you what’s happened.

The influence of the carnival drenches through to Stan’s skin all right. He becomes intrigued by the workings of the acts themselves—the showmanship, the manipulation, and above all, the power. He takes lessons in phony psychic reading from two of the greats: Zeena (Toni Collette) and her alcoholic husband, Pete (David Strathairn), who once perfected a code system in which an assistant feeds the performer the necessary information. It’s not long before Stan convinces Molly to join him and take their act on the road, where he parlays his skill into a renowned spiritualist magic act. But then, as he prepares to pull his biggest con yet, he crosses a cunning cozener, a psychiatrist named Dr. Lilith Ritter (Cate Blanchett), and his plans start to go awry.

If Nightmare Alley does pull off a bit of its own magic, it concerns Blanchett’s incandescent performance.

If Nightmare Alley does pull off a bit of its own magic, it concerns Blanchett’s incandescent performance; she is a smoldering, seductive antagonist and (even though we’ve encountered other “electric” women before) finally brings Nightmare Alley enough voltage to rev its engines. Every moment she’s onscreen crackles with excitement and danger—particularly when she gets Stan onto her office couch and then gets into his head. Blanchett’s voice is purring and hypnotic (think Lauren Bacall-meets-a-coal-powered locomotive), and her giant red lips and narrowed eyes dance onscreen like one of the painted funhouse adornments. Lilith is a controlling carney, too; she wants to know what makes Stan tick, and Stan does everything he can not to give in. This battle between psychic and psychoanalyst is one of the film’s most sizzling scenes (beautifully framed with the interrogating Lilith sitting in front of her glowing fireplace and the feebly resisting Stan in front of a frosty, snow-covered window), and it’s virtually tormenting when it ends.

These moments of ignition come too late to change the film’s overall pacing; once Lilith enters, it’s a shock why she didn’t arrive sooner. On a narrative level, letting Stan slog about for so long without an adversary to spark conflict makes virtually no sense. (On a performative level, given how commanding Blanchett is, it makes even less sense.) Still, the film’s principal mission seems to be to follow Stan on his journey, and the more we watch him (especially when he is without a blazing opponent, when he might be able to fool us), the more we know that the film plans to deliver him to his fate without any switcheroos or sleights of hand.

All it asks is that we keep an eye on him—observe him for who he is both onstage and backstage. This makes Nightmare Alley a bit too ambitious—a movie about a grifting carney magician that refuses to have any extra-narrative tricks up its sleeve—but it’s not disappointing in its presentation. And that’s because the only thing more satisfying than being fooled is being right about everything all along.

On Melville, Mendacity, and Letting the Unknowable Find Its Way in Your Writing 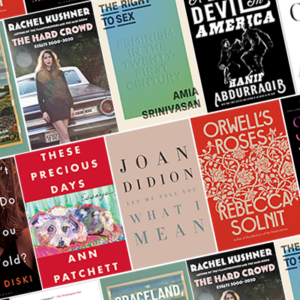 Well, friends, another grim and grueling plague year is drawing to a close, and that can mean only one thing: it’s time...
© LitHub
Back to top